Technology can do amazing things these days, but can it make a bad student better?

In an attempt to reveal the prevalence of plagiarism and to receive insight into the shrouded world of essay mills, Ariely ordered academic papers from mills as if he were a student himself. In an article about his experiment published last month in the LA Times, he concludes that the papers were pretty terrible.

With the help of his assistant, Ariely contacted four essay mills, and asked each to write on the ironic topic of "When and why do people cheat?"

He described the specifics of his request in his paper, writing:

We requested a term paper for a university-level social psychology class, 12 pages long, using 15 sources (cited and referenced in a bibliography). The paper was to conform to American Psychological Assn. style guidelines and needed to be completed in the next two weeks. All four of the essay mills agreed to provide such a paper, charging us in advance, between $150 and $216 for the paper.

Ariely describes that the articles he received were "gibberish," as if written by someone who is not a native English speaker. He highlights some stand-out sections, quoting paragraphs such as "Cheating by healers. Healing is different. There is harmless healing, when healers-cheaters and wizards offer omens, lapels, damage to withdraw, the husband-wife back and stuff. We read in the newspaper and just smile. But these days fewer people believe in wizards."

Despite their costs, Ariely's work shows that the academic quality of these papers is not far from abysmal. Further, he writes that a number of the essays were plagiarized from other sources, and that when he brought this up with the mills they did not refund him, denying that they had copied the work. One of the companies even threatened to report him to his dean, still believing that Ariely was a student, according to Ariely.

His message to students: don't waste money, time and dignity with these companies.

This experiment can be found in Dan Ariely's recently published book "The (Honest) Truth About Dishonesty." Also visit Dan Ariely's website to see read about some of his other research. 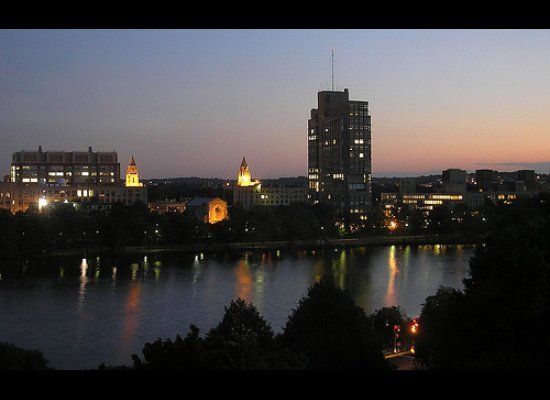 1 / 10
Boston University
With a storied history, bustling sports culture, and more than 50 colleges in the city, Boston is one of the most exciting places in the country to be a student, and BU is right in the thick of it. "Often, friends and I would go around the city to eat in Boston's 'little Italy' the North End, or catch a Red Sox game, or go to a local bar and shoot pool. The benefit, for me, of going to college within a city was there never seemed to be a <a href="http://www.unigo.com/boston_university/reviews/3300/ " target="_hplink">shortage of anything to do</a>," says Rachel, a theatre major. Since BU does not have a traditional campus like nearby Northeastern or Harvard, Boston is a major part of every student's day-to-day life. For most, this is a highlight. Sarah, an international relations student, says, "Boston is one the best things about <a href="http://www.unigo.com/boston_university/ " target="_hplink">BU</a>. It is such an amazing city <a href="http://www.unigo.com/boston_university/reviews/19964/ " target="_hplink">to be a student in</a>."
Freshman, Boston University