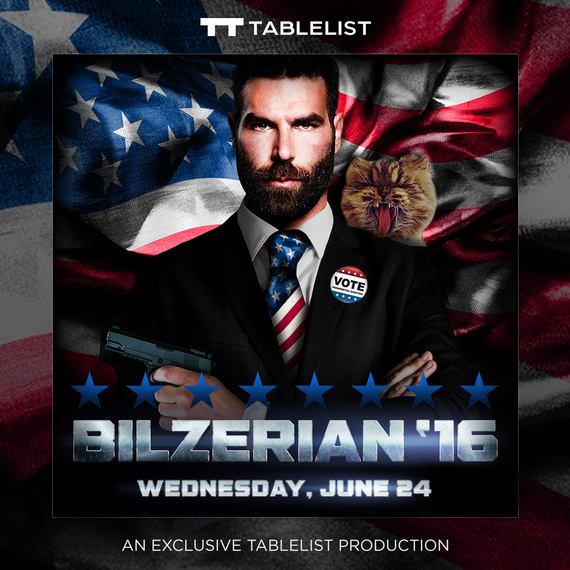 Campaign season is an exciting, somewhat absurd time in our country, with its lies, muckraking, heated debates and smear ads:

"...once voted to cut teacher salaries in half"

"...said on record that he doesn't like the lower class"

Hold on, what's that last one?

That's right. Dan Bilzerian - gambler, social media mogul "sexual philanthropist," and playboy millionaire - has announced his presidential bid for 2016. He is kicking off the campaign trail on June 24, 2015 at Marquee, an exclusive NYC nightclub, complete with "models on deck" for what will likely be the most depraved campaign celebration in the history of this great nation.

To get an idea of Bilzerian's positions on hot ­button issues like women's rights, gun control, cats and economics, look no further than the presidential­ hopeful's Instagram account:

One thing is for sure: Bilzerian is unlikely to be accused of hiding anything, considering there isn't much left for him to reveal.

Tickets are available for this celebration of excess and democracy in America through Tablelist and if Bilzerian's social media posts are any indication of what's in store, it'll get rowdy.