When the call came, Dan Deacon was tracking his new album. The songs were structured, the studio time was booked, there was a release date scheduled, and suddenly he was being invited to play shows with Arcade Fire. Big shows.

"I didn't know shows like that existed for bands that were contemporary. I thought that was for like U2 and Tom Petty and stuff. It was weird to see the venue and the distance and be like... that's the venue. That's where like... Shaq used to go."

Deacon went. Packed up his tracks and a pair of monitors and began doing double duty to finish the record on the road, grabbing studio time in cities where he could find it. Where he couldn't, he would disassemble the hotel bathroom and raid the good graces of the front desk for all the pillows and comforters they would allow. Dozens, if he could get them.

[I'd] shove them in all the corners to reduce the bass traps, and I'd unscrew the vents and shove towels in there. And I'd hang comforters and blankets across the shower curtain rod to create some kind of absorption, and I'd shove them across the mirror, and set up an ironing board, put the computer on that, and guess the distance from the wall... It actually sounded fine.

Countless hours, many cities, several anxious nights, and one Bill Murray enlightenment later, the album was complete. And on February 24th it's being released on Domino -- February 23rd if you're not in the U.S. 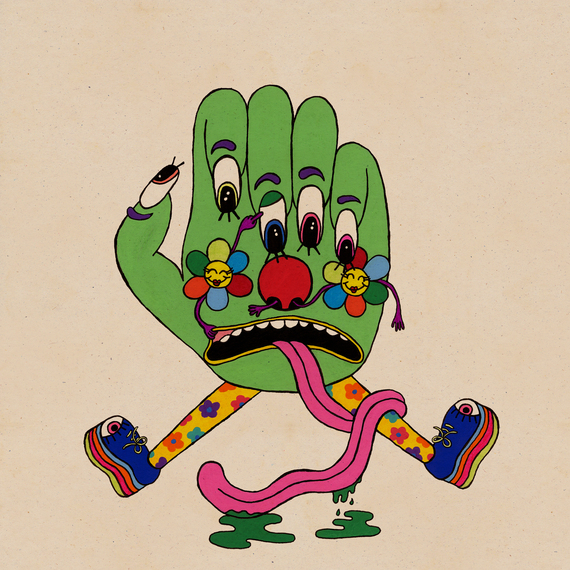 Entitled Gliss Riffer, this album is Deacon's follow-up to his lush, expansive, and softly political America from 2012, and a return to what he would call his first record, 2007's Spiderman of the Rings. Meaning he recorded it entirely himself, without a producer, and without musicians. The way he used to make music. "Before I had anything to lose."

Maybe it's because of that desire to get back to nothing to lose that this album is a subtle but sure sonic departure. It has some of the same style, cycles and polyrhythms and that he's known for, but on Gliss Riffer every song is now smoother, and in a sense, softer.

While this [album] is still dense by like a normal person's standards, I feel like it has much more space. And I think it's because I was thinking about room to breathe. I wanted there to be space between sounds, so the space became just as important as the lack of space.

It was a surprise the first time I listened to it. I heard "return to Spiderman of the Rings", and came expecting "Wooody Wooodpecker" 2.0. To be knocked back in my seat by strange sounds and odd angles. Instead, the opening track and first single, "Feel the Lightning", comes across tame, childlike and sweet. Not immature, but pure of heart, featuring Deacon's voice pitched up and morphed into an appropriately youthful character. The lyrics have a different bent to them as well.

I'm having visions,
Infinite visions,
The same ones as you

Bare and straightforward, almost guilelessly about Deacon and it became clear before long, likely referential to the process of recording the album. Which ultimately was less of a dream for Deacon, and more a process of facing down demons to get it done.

For him, the vacuum of self-influence turned out to be as suffocating for productivity as it was pure for creativity. There were many nights once recording began when he would go home and agonize over the record in bed. Once the music wasn't being made, his brain would kick in and start to twist things, creating specters in the sounds, sabotaging the self-confidence that it takes to make a record by yourself.

"I kept thinking, 'Do I like this because I made it, and I know how it went from nothing to something?' I kept thinking, 'Am I in love with the process of making this record? Or..." I had too much self-doubt. Which I guess everyone has." 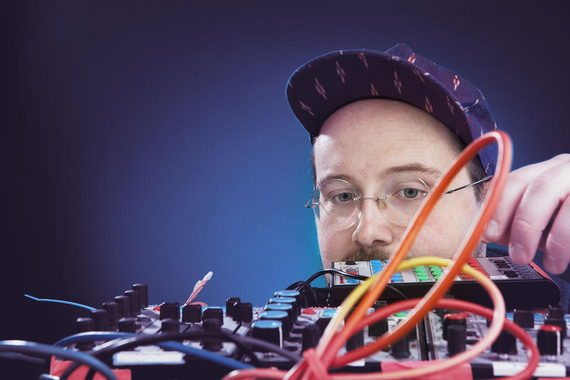 When I was working with Chester [Gwanza], it was easy to move on from something. I'd be like 'Is that good?' and he'd be like, "Yes. It's good. We're moving on. Sounds great. We're not recording that again. We're not recording that a hundred times." But when I was by myself I was like, (Deacon affects a whiny imitation of himself) "Maybe I should record this a hundred more times."

Before he found the title for it, Deacon had an ironic 80 versions of the sixth track, "Learning to Relax", each with different lyrics, instrumentations, and arrangements. He could listen to them all and find different things to love. But he just couldn't pick.

-When I was Done Dying

This brings us to Bill Murray. Who is by now, if not a small deity, at least the goodness that holds the world and Internet together. By chance, Deacon was watching an interview with him from the Toronto Film Festival and heard the little bit of wisdom that would not only shape the rest of the record, and has very literally changed his life.

He was basically speaking on his, like, philosophies for life. And the thing he said that blew my mind and ultimately, like, saved my life, was, "You're the best at what you do when you're very, very relaxed. And the more relaxed you are, the better you are at doing it... as soon as I saw that I was like, "Woah, relaxing. Trying to be calm as you do something. I don't know. It changed the way I thought about it."

Suddenly, the mix started moving very quickly. Deacon became more confident in his decisions. He stopped caring about what the reception would be. "I was just like 'I like this. That's how I used to make music. I make music because I like to make it.' That used to be the thing that drives it and focuses it."

The result is an album not as superficially flashy as Deacon's others, but perhaps more special. It's self-aware, personal, and saturated with the bittersweet struggle of creativity reborn. There are still tracks that shimmer and struggle against themselves like "Take it to the Max", which builds to his signature thrilling instrumental kerfuffle. It's still Dan Deacon. But on other songs his voice is laid out unprocessed and pure, nearly naked in beautifully balanced arrangements. 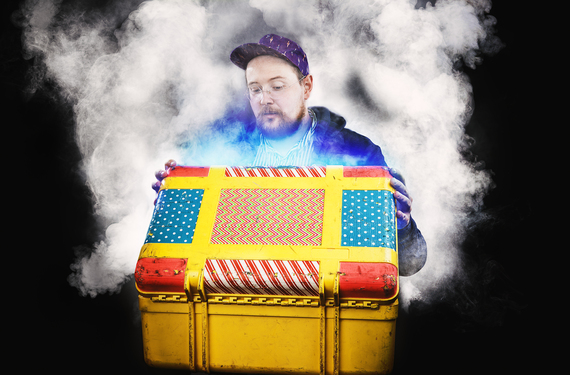 Reading the track list, you won't find the alphabet soup of his student albums, or the ambiguity of Bromst. Instead, a solid thread of red awareness and self-reflection that tells a clear story. From "When I was Done Dying" to "Sheathed Wings", to "Meme Generator" and the sequenced "Mind on Fire" and "Learning to Relax", you can trace his creative process for the album almost perfectly. From creative agony, to making frantically, to overstimulation and breakdown, to finally letting go.

With that, the album doesn't end with a flourish or with a bang. Not even a whimper. Instead it recedes as if you are moving away from the music, rather than the music being taken away from you. It leaves me with a feeling of loss every time I've experienced it -- one that doesn't make you want to restart the record immediately, but sit and just wonder what's next. For Dan Deacon, and for his music.

The more I listen, the more convinced I am that it is an overture. The beginning of a new period of music that I'm not smart enough to predict, but not dumb enough to miss. Regardless of what happens in the future, the subtlety and craftsmanship of Gliss Riffer reaffirms that Dan Deacon remains one of the most inventive, inspiring creative minds in music today, and that his ability to sharpen records into razor-thin focus is as superb as it's always been. Go find his new album on Tuesday. And somebody get Bill Murray a copy.