Dan Hawkins was fired as football coach at the University of Colorado three days after the biggest meltdown in school history.

Bohn said a national search for a new coach would begin by week's end.

CHECK OUT SOME OF THE HIGHS AND LOWS FROM THE HAWKINS ERA AT CU:

Hawkins was hailed as a "home run" hire by Bohn in 2006 after going 53-11 at Boise State. But he never had a winning season in Boulder, going 19-39 and losing his last 17 games outside of Colorado.

The final straw came Saturday, when Colorado blew a 28-point lead at Kansas when the Jayhawks scored 35 points over the final 11 minutes for a stunning 52-45 win. It was the biggest collapse in the 121-year-old program's history.

Hawkins, Cabral and Bohn were scheduled to be at a news conference later Tuesday. Quarterback Cody Hawkins, the son of Dan Hawkins, was among the captains tentatively scheduled to also address the media.

Hawkins was one of the hottest coaches in the nation when he was brought to Boulder to replace Gary Barnett, whose tenure was marred by scandal and a 70-3 loss to Texas in the Big 12 title game after the 2005 season.

The Buffs started out 3-1 this season but have lost five in a row in the Big 12, increasing the call for Hawkins' ouster, especially after Saturday's loss when Hawkins walked out on his postgame radio interview.

"We collectively believed that it was important to provide the opportunity for Dan as head coach and his current staff to pull things together, and things looked bright just one month ago," Bohn said. "However, things have gone downhill from there.

"While we recognize the progress that we have made in several areas during nearly five years under Dan, the negativity and divisiveness that is associated with the current leadership has become detrimental and is beyond repair to our current enterprise and it's time to make a change."

In a statement, Dan Hawkins said, "My biggest pain comes from not being able to see the joy and happiness on our players faces on more occasions following a victory."

He encouraged fans to support the program over the next few weeks and in the move to the Pac-12 next season.

Cabral, 54, who tutors the inside linebackers, is the longest-tenured assistant in school history at 21 seasons. He served as interim coach once before, in the spring of 2004, when Barnett was suspended. 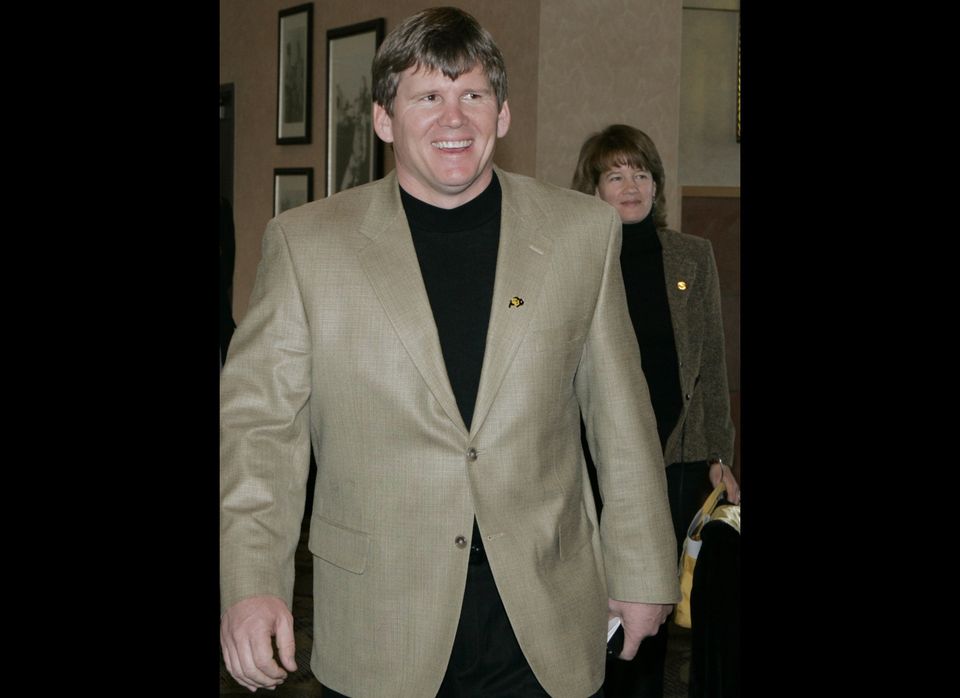 1 / 5
The Introduction: December, 2005
Hawkins, then a considered a rising star Boise State, was given a glowing introduction to CU. "I don't think there's any question we are talking about a bright future here," Athletic Director Mike Bohn said at the time.