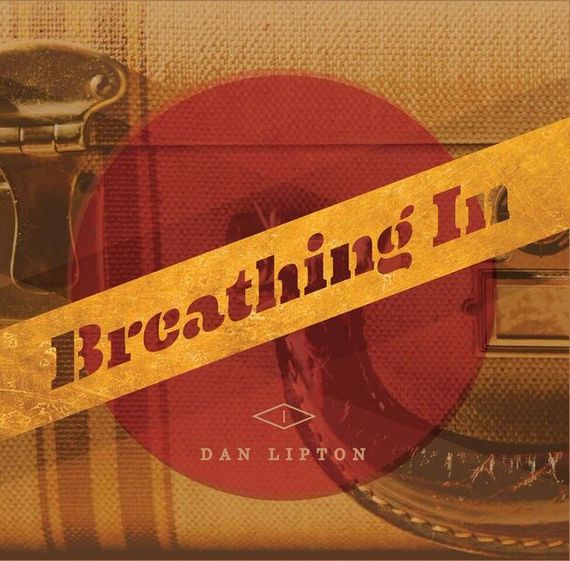 Dan Lipton's new album "Breathing In," came across my desk, and I couldn't help but write a little about a modern day folk artist that has drawn inspiration from a lot of great folk storytellers to make his album whimsical, homey and modern, as if audibly hanging up backyard twinkle lights. 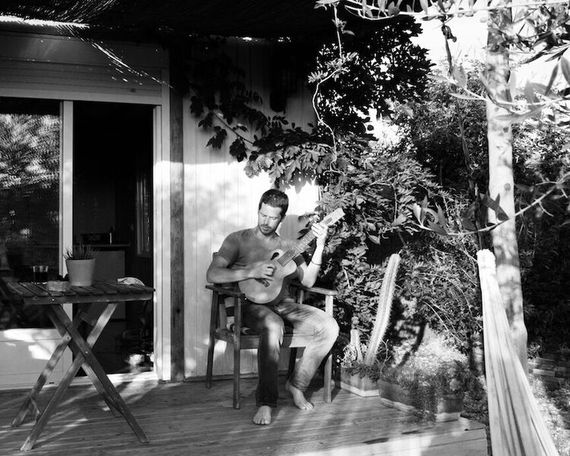 "Whiskey And Wine" sounds like a guitar folk wedding song that you'd kick back with in a wooden deck chair. Lipton's got a trained, clean vocal line with a bit of a scratch to it, which fits his folksy-mod palette. If you've ever spent time in the Appalachian mountains, you will feel at home here. It's the song for a group to play on their way to apple picking, or while on a hayride through a windy pass.

"Come On Georgia," feels like Lipton learned how to play Tom Petty's "Learning to Fly" then remixed his own spin on it, by adding more picking guitar splurges.

Likewise, "The End of The World," instantly feels like Lipton wants to be the next Paul Simon. In fact, mash it with Simon crooning, "Fat Joe The Archangel walks into the room," and I'm not entirely sure you would notice the difference. Are we ok with that? I for one am. Lipton, whatever reason you need to get to create delightful guitar picking and soulful folksy lines, I'll take it. How do you get there? Get there. Thank you for it. I'll wait.

"Hudson River Line": a gem. Have you ever lived in New York on a rainy day? This is your song to reminisce about the time you caught the train and the people around you weren't exceptionally nice but weren't exceptionally not. It's got a jumbly, wistful aroma that can bring you back to that 9:38 when you stepped out and caught a stranger's eye, nodded, then went off to capture your destiny. If you like Nick Drake's "Pink Moon," this is your companion.

"Wings of a Crow" is the kind of gentle warm piece that, in another album, could be their best. However, Lipton has more in his pocket, so this is an encompassing, rocking rest in a smartly-evolved compilation.

"MTA" is a faster syncopation that sounds like it wants to be the cream center of a Bob Dylan-Jacob Dylan sandwich. It doesn't hit home the way his ballads do. It's not helped by the guitar solo that feels like it adds showing Lipton's chops without adding intrinsically to the song itself. Still, technically, Lipton is proficient here. It may not be my favorite but could be yours.

"Shade In The Shadow" has the speed of "MTA" but the intensity that "MTA" lacks. Here is the interesting mix: a compelling blend of the guitar picking reminiscent of a banjo festival and the vocals trapezing across the stones Lipton's laid out. "They flashed the birds / we flashed our guns," Lipton entices. If you can draw your attention away from the melody long enough to hear all the lyrics, I'd be surprised: it's an enticing jam to experience.

"Ride The Bus" sounds like a sweet background in an advertisement. In fact, if it isn't on a Visa ad soon, I'll charge a hat to my Visa and then eat said promised payment broad brimmed derby. With lyrics like, "But it coulda been hers / she coulda worn sneakers but she's not that kind of girl," anyone who's ever loved love songs written for quirky girls will find themselves in heaven. Remember "Absolutely (Story Of A Girl)"? Lipton does. And so will you, one hook into "Ride The Bus."

"Television," much like its namesake, snuck up on me. I was two minutes in when I realized I had put this song on. There's nothing exceptionally good about it, but it's just cheerful company with its folksy picking and easy melody. Throw it on in the back while you're crafting: it's perfectly tailored to happily entertain.

"Breathing In" is by far my favorite on the album. I wish I could embed it to share - you'll have to check it out on your own. Give it a listen, and let me know your thoughts below! 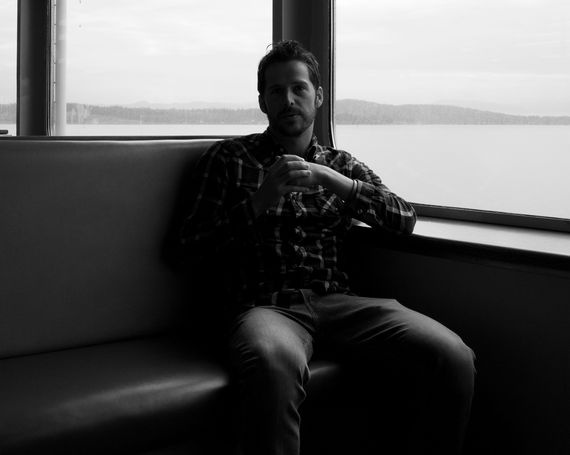