Thursdays at the Huffington Post, Rana Florida, CEO of The Creative Class Group, will answer readers' questions about how they can optimize their lives. She will also feature conversations with successful entrepreneurs and thought leaders about how they manage their businesses, relationships, careers, and more. Send your questions about work, life, or relationships to rana@creativeclass.com

A conversation with Dan Pink, author/speaker/journalist 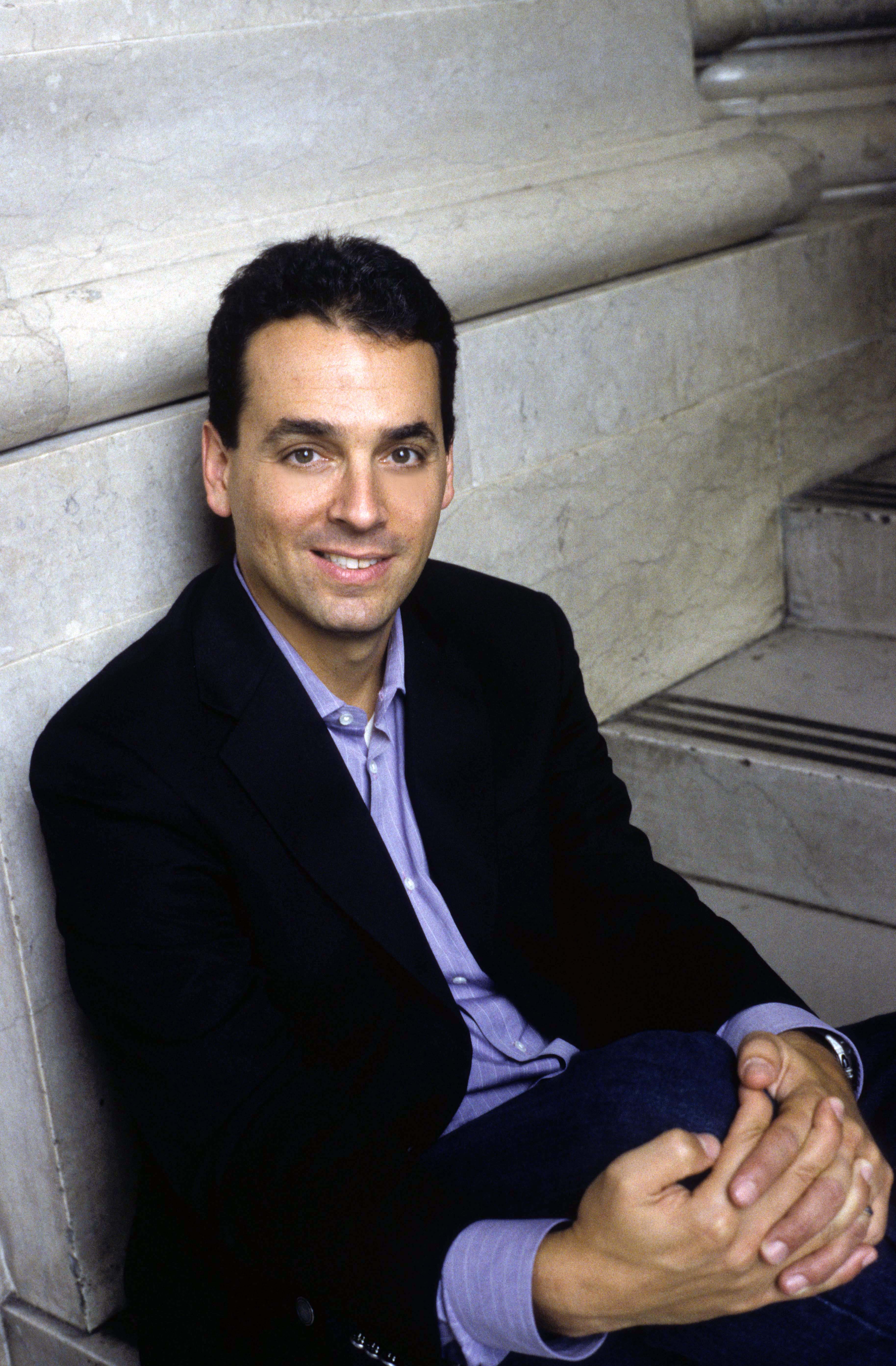 Several of you have asked for advice on how to find a job or career that gets you excited to go to work every day. I was there myself, trapped in a dead-end 9 to 5 corporate job, forcing myself to get out of bed every morning. It drove me crazy when people would tell me I just had to look for a job that I could be passionate about. How does one get there when living pay check to pay check?!

I decided to ask Daniel H. Pink, the New York Times best-selling author, speaker and former chief speech writer for Vice President Al Gore. Ten years ago he launched a revolution with his book Free Agent Nation: The Future of Working for Yourself. His latest book Drive: The Surprising Truth About What Motivates Us gives us a path to achieve high performance.

Q. How do you advise people to find purpose and meaning in their jobs when their career is going nowhere and they can hardly make ends meet?

That's difficult. If you're struggling for survival, the search for transcendence is a second order concern. But lots of people still manage to find moments of meaning in their day-to-day jobs. The key sometimes is to take a step back and examine what you've contributed -- an elderly person cared for well, a child delivered safely to school, a customer whose life is a little better. That's not always easy. And it's not a magic bullet. But it can help.

Q. So how do we turn our careers into our passions?

You know, I'm not a huge fan of the concept of "passion" when it comes to careers. Instead of trying to answer the daunting question of "What's your passion?" it's better simply to watch what you do when you've got time of your own and nobody's looking. That will give you the deepest insights into what you should be doing with your life. If people tap their strengths, and use them in the service of something larger than themselves, passion will take care of itself.

Q. What kinds of programs can managers and companies put into place to motivate their workforce?

Assuming companies are paying people fairly, they should do what they can to foster autonomy, mastery, and purpose. One of my favorite specific ideas is this: The Australian company Atlassian conducts what they call "FedEx Days" in which people work on anything they want for 24 hours and then show the results to the company the following day. These one-day bursts of autonomy have produced a whole array of fixes for existing products, ideas for new ones, and improvements to internal processes that would have otherwise never emerged. For creative tasks, the best approach is often just to hire great people and get out of their way.

Q. Are you suggesting that offering someone a 50 per cent raise won't motivate him or her to work harder?

I don't know anybody, myself included, who wouldn't love a 50 per cent raise. But I defy you to find an organization taking that approach. Instead, most organizations dangle what I call "if-then" rewards -- as in, "If you do this, then you get that" -- bonuses, commissions, and like. Fifty years of social science tells us that "if-then" rewards are great for simple, routine, algorithmic work -- whether turning the same screw the same way on an assembly line or adding up columns of figures in a white-collar office. However, the same research shows that "if-then" rewards don't work very well at all once you start asking people to do things that require complexity, conceptual thinking, or creativity. The best use of money as a motivator is to hire great people and then pay them enough to take the issue of money off the table. For the sorts of artistic, empathic, inventive, non-routine work people in North America are doing today, reducing the salience of money is smarter than increasing it. By the way, even that juicy, non-contingent 50 per cent raise has some serious limits. People will be thrilled in the short-run, but over the long term (say, the third paycheck) the thrill will become the status quo -- in much the same way that people quickly get used to a shiny new car.

Q. In my previous careers, I hated performance reviews. A year's worth of work was diminished to 30 minutes of interview questions. What is your view? Are they important? Are they accurate or useful?

Traditional performance reviews have passed their sell-by date. Big time. There's research showing that roughly two-thirds of performance appraisals have either no effect -- or a negative effect! -- on employee performance. That said, making progress in one's work is enormously motivating, as Harvard's Teresa Amabile has shown. And the only way to make progress is to get feedback on your performance. But giving people that feedback once a year -- and in an awkward, kabuki theater-style meeting with their boss -- is a joke. One of the key challenges of organizations today is to make the feedback that people get inside the organization as rich, relevant, and frequent as the feedback they get outside of the organization through their smartphones, games, and social networks.

Q. If you asked your parents if their jobs were rewarding, purposeful and motivating, they probably would laugh. What caused the generational shift?

One cause is rising affluence. Even in tough economic times like these, material living standards -- deep into the middle class -- are breathtaking by historic and international standards. People who grew up in that world -- at least some of them -- often seek meaning as well as money. Another, which is often overlooked, is the changing nature of jobs themselves. When jobs were routine, when we were simply following a set of rules -- either with our bodies in a factory or with our brains in a white-collar office -- they weren't that interesting. Today, we've got less algorithmic work and more work that requires judgment, discernment, creativity, and other things people actually like to do. In economic terms, we've always thought of work as a disutility - as something you do to get something else. Now it's increasingly a utility -- something that's valuable and worthy in its own right.

Q. Can high schools and universities better prepare students for career decisions? If so, how?

Absolutely. But the issue reaches deeper than most of us recognize. Education in general and higher education in particular is on the brink of a huge disruption. Two big questions, which were once so well-settled that we ceased asking them, are now up for grabs. What should young people be learning? And what sorts of credentials indicate they're ready for the workforce? Taking on those issues is far more important than adding a few career counselors or buying extra copies of What Color is My Parachute? or The Adventures of Johnny Bunko.

Q. You've interviewed a lot of free agents; how do they keep themselves motivated?

It's actually easier to stay motivated working for yourself than it is working for others. First, if you don't get stuff done, you don't earn anything -- and therefore can't pay the mortgage or feed the children. Second, most people working for themselves are doing things they enjoy. They've got autonomy in day-to-day efforts and a deeper connection to the work itself.

Q. What has changed about the way we work since you wrote Free Agent Nation 10 years ago?

One of the biggest changes that I've seen since writing FAN is the blurred boundary between who's a free agent and who's an employee. More and more risk is shifting to individuals, even individuals who hold regular jobs. They've got 401k's rather than traditional pensions. They're paying a much larger share of their health insurance and medical costs. They don't expect to be with their employer forever. They're in charge of their own education, training, and professional development. That makes them quite free agent-like in spirit -- if not under US labor law and the IRS tax code. What's more, I see more and more people moving across the borders of Free Agent Nation and Corporate America with considerable ease. It's almost as if people have become dual citizens.

Q. Will the increase in free agents affect our society? Or has it already?

During a big swath of the 20th century, corporations acted as something of a de facto welfare state -- providing health insurance, pensions, and other benefits. But with more people working for themselves, and with more large companies operating globally and shedding both explicit nationalities and broader obligations to their workforces, that arrangement is becoming obsolete. That means America will have to reckon with some seriously outdated systems. For instance, even after Obama's health care reform, it's still considered the norm to get health insurance from an employer. Yet there's very little economic or moral logic behind that approach.