Dan Rather slammed corporate media on Friday night, alleging that news coverage is guided by political interests and profits.

The former CBS News anchor has recently returned to the spotlight, speaking out about his former employer and defending the controversial Bush National Guard story that ended his storied career at the network.

On Friday, Rather appeared on Bill Maher's show to discuss his new book "Rather Outspoken." He spoke out about the controversy again, and stood by his story (his comments start at the 1:50 mark in the video above). He said that he was fired because CBS News caved into the Bush administration's demands.

"The powers that be and the corporate structure were very uncomfortable with the story," Rather said. "They got pressured by the Bush administration and others in Washington, and it cost a lot of people their jobs, including myself."

He went on to warn that everyone should be "concerned" about "the constant consolidation of media," saying that "no more than six" companies currently control 80% of the distribution of news.

PHOTO GALLERY
Dan Rather about town

Dan Rather: Corporate Media 'Is In Bed With' Washington (VIDEO)
Dan Rather about town 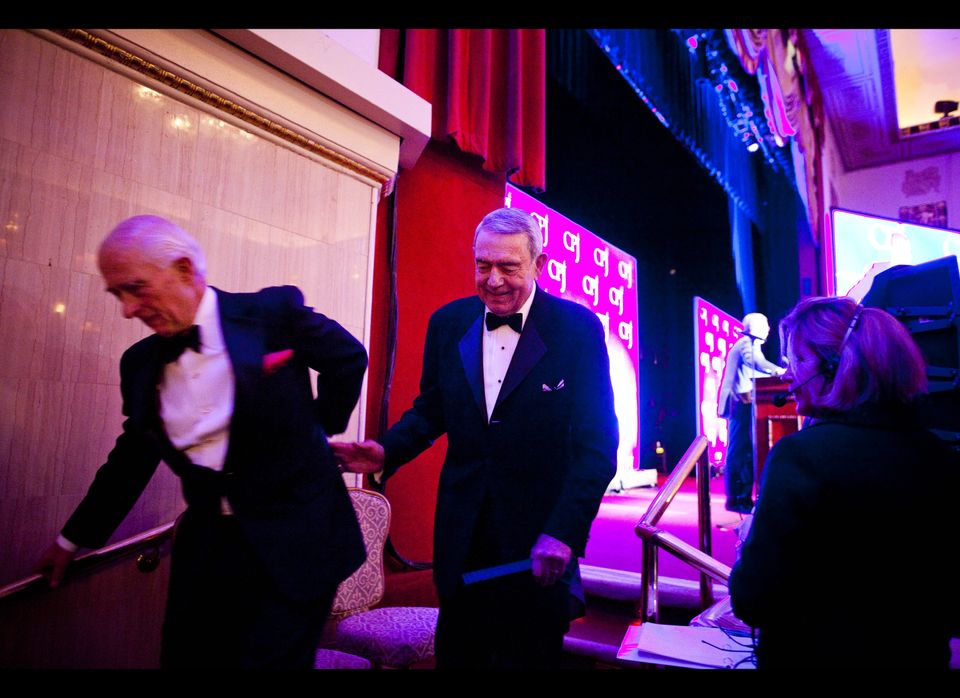 1 / 20
NEW YORK - NOVEMBER 22: American journalist Dan Rather (C) walks off stage with First Amendment lawyer James Goodale (L) after accepting the Burton Benjamin Memorial Award from at the Committee to Protect Journalists' International Freedom Awards Dinner at the Waldorf Astoria on November 22, 2011 in New York City. Four journalists from Pakistan, Belarus, Bahrain, and Mexico were recipients of the 2011 International Press Freedom Awards and Dan Rather from the United States received the Burton Benjamin Memorial Award. Editor Eynulla Fatullayev, who was awarded the International Press Freedom Awards in 2009 while imprissoned in Azerbaijan, received his award upon release. (Photo by Michael Nagle/Getty Images for Committee to Protect Journalists)
Getty