Dan Witz's photorealistic paintings of people gazing into their cell phones with fascination, devotion and even reverence capture a bizarre reality of modern life. The device's artificial glow creates almost a halo behind Witz's subjects, which is both beautiful and disturbing.

We spotted the paintings on Design You Trust and were simultaneously attracted and repelled by the depictions of people gazing adoringly into their phones, like moths drawn to a flame. Texting, chuckling, or simply basking in the glow, Witz's subjects are captured in the not-often glorified moments of technologically-assisted solitude. The New York-based artist often depicts the unnoticed bizarre moments of contemporary urban life, putting a lens on teenagers in the mosh pit or solitary buildings illuminated at night.

If you have been to a concert recently and witnessed a sea of cell phones waving in the air, you can attest to the quasi-religious abilities of the mobile device. The little machines have an almost supernatural glow to them... not to mention the fact that most of us depend on them more than we like to admit.

Check out his paintings below and let us know: Do you own your phone or does your phone own you? 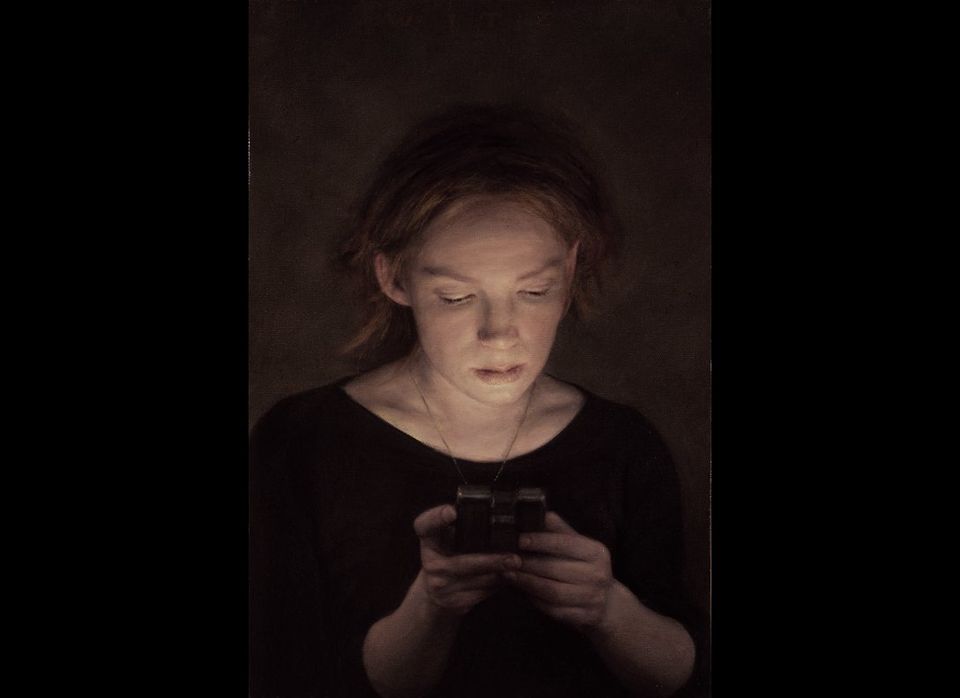