Imagine yourself playing guitar in your bedroom in front of only one other friend. Do you face her, look at her, turn away? These tiny yet squirm-inducing questions take shape in Dana Schutz's painted worlds, where awkward moments burgeon and multiply into a multicolored frenzy.

Schutz's paintings teeter between form and chaos, banal scenarios and horrific hypotheticals. A previous exhibition entitled "Self Eaters and the People Who Love Them" depicted a motley squad of narcissistic cannibals, eating themselves like it was no big deal. In her current exhibition, a woman shaves her bikini region, yielding just as disturbing an effect.

We spoke to Schutz about her upcoming exhibition, "Tim and Eric" and Yeezus. Scroll down to see images from the show. 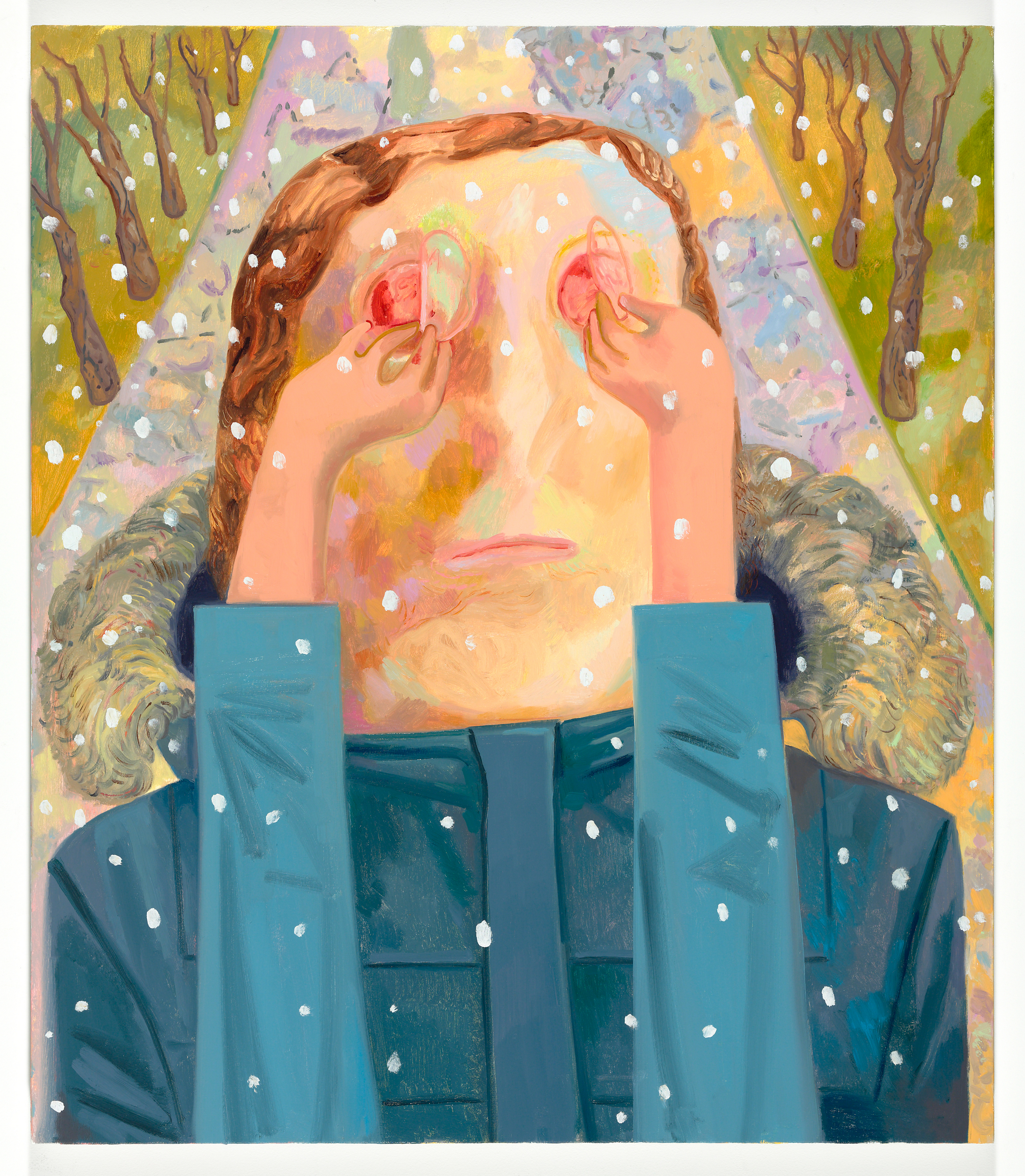 A lot of the paintings from that show will also be in this one but there are new works as well. The new works, I think, are more open -- they involve more abstract, painterly gestures. The subjects have a lot to do with the last show, in that they are performing or demonstrating different actions and creating these sort of awkward situations.

For example, in one painting there is a woman watching her friend sing and play guitar in a bedroom. I like the feeling of not knowing where to look when you are only performing for one person or watching someone practice. It creates this kind of a strange in-between, which can be mirrored in the feeling of making a painting. I was drawing and redrawing the image on the canvas beforehand and it really feels as if you are rehearsing the image. There was a lot of wiping things out, making sure I got the gesture just right.

Much of your work depicts the absurdities and anxieties of everyday American life. How do you think these details will translate to the UK?

Actually I don’t think they're so much about anxiety, but more about bearing witness to a situation that should be private. It's not quite social anxiety; it's almost like being a third party to a situation where there should just be two, or a situation engaging one viewer. I think there can be an American space in the paintings -- it's hard because I am American, obviously. But the way of dealing with space is an American way of dealing with space. As for the subject matter, I think it’s pretty universal to be slightly uncomfortable when you are the only audience for a singer songwriter.

Can you talk more about how performance factors into the works?

I think of it as subjects performing themselves against the plane of a canvas. I was thinking of the paintings as being social. Sometimes they want to engage with the viewer or in other cases they are doing slightly antisocial things. Like this painting of a woman shaving in a really painful way. 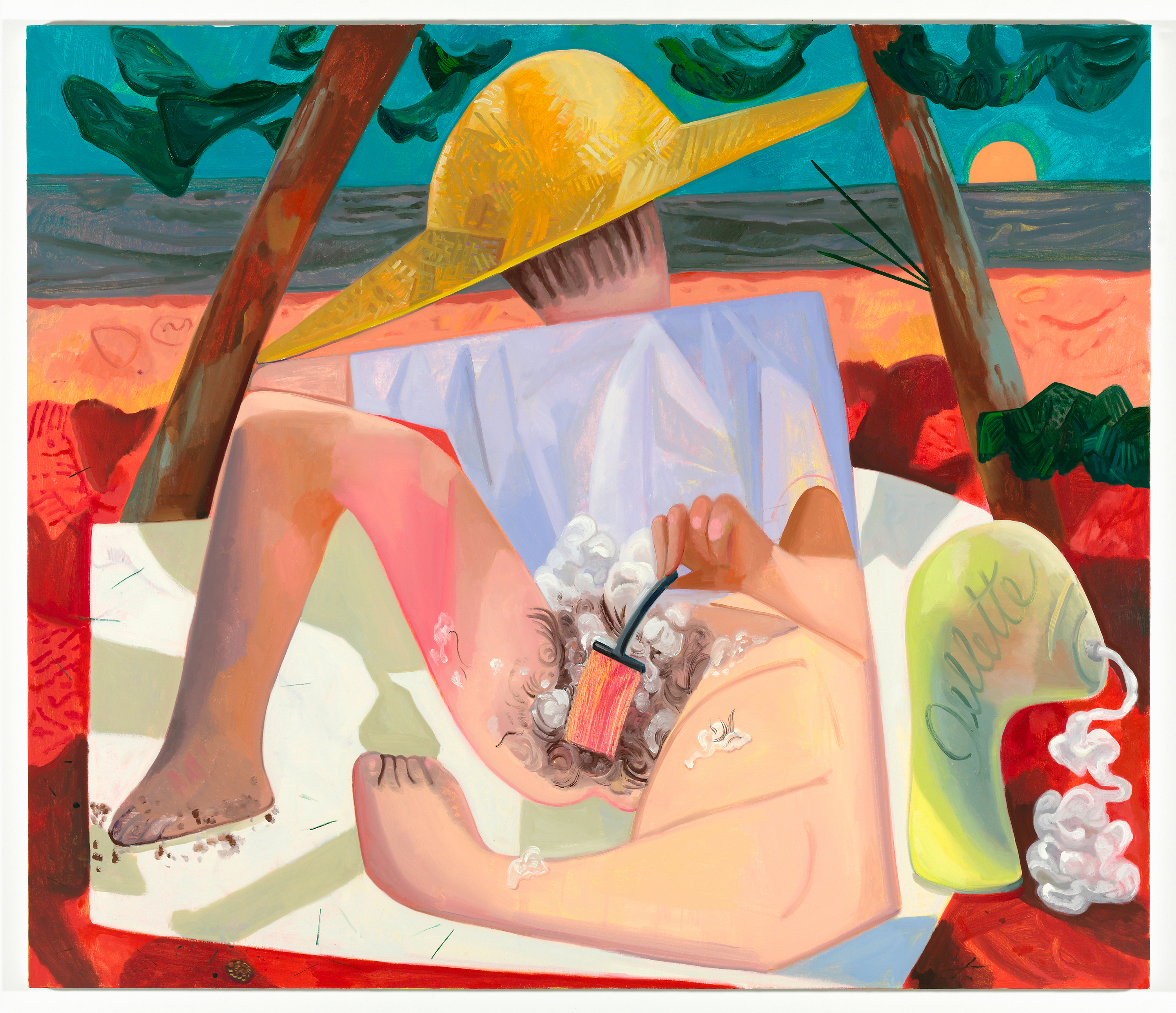 That image certainly sticks with you. How did you come up with the subject for this one?

It's a weird painting -- it was almost not going to be in the show because it's kind of intense. Everything about the painting makes it feel like she's facing the opposite direction but there she is, shaving her downtown area. It is a painting that is a mixture of both being turned away from the viewer and yet also engaged in a very frontal direct address to the viewer. There is realism in that painting, I guess, in that it's hard to get ready for the beach.

For this exhibition you've been experimenting with reworking paint while it is still wet. As an established yet young painter, how much freedom do you feel to experiment with new methods?

I feel very free in that way; I love the feeling of physically working on the painting and wiping it out and then starting again. I always feel a kind of freedom; I always want to do what is interesting to me.

Your strange sense of humor is such a contagious aspect of your work. What in pop culture are you laughing at these days?

I just saw a clip of Maria Bamford. She has a comedy show that was filmed and performed from her bed-- the whole thing supposedly takes place in her bedroom at her parents house in Duluth, MN. I thought it was great and really strange -- to have a comedy special without having to leave your bed. It felt too private in a way, like watching someone talk to themselves. I also really like Tim and Eric.

There are so many people but recently Ella Kruglyanskay, Caleb Considine, Jason Fox and a young painter Avery Singer. 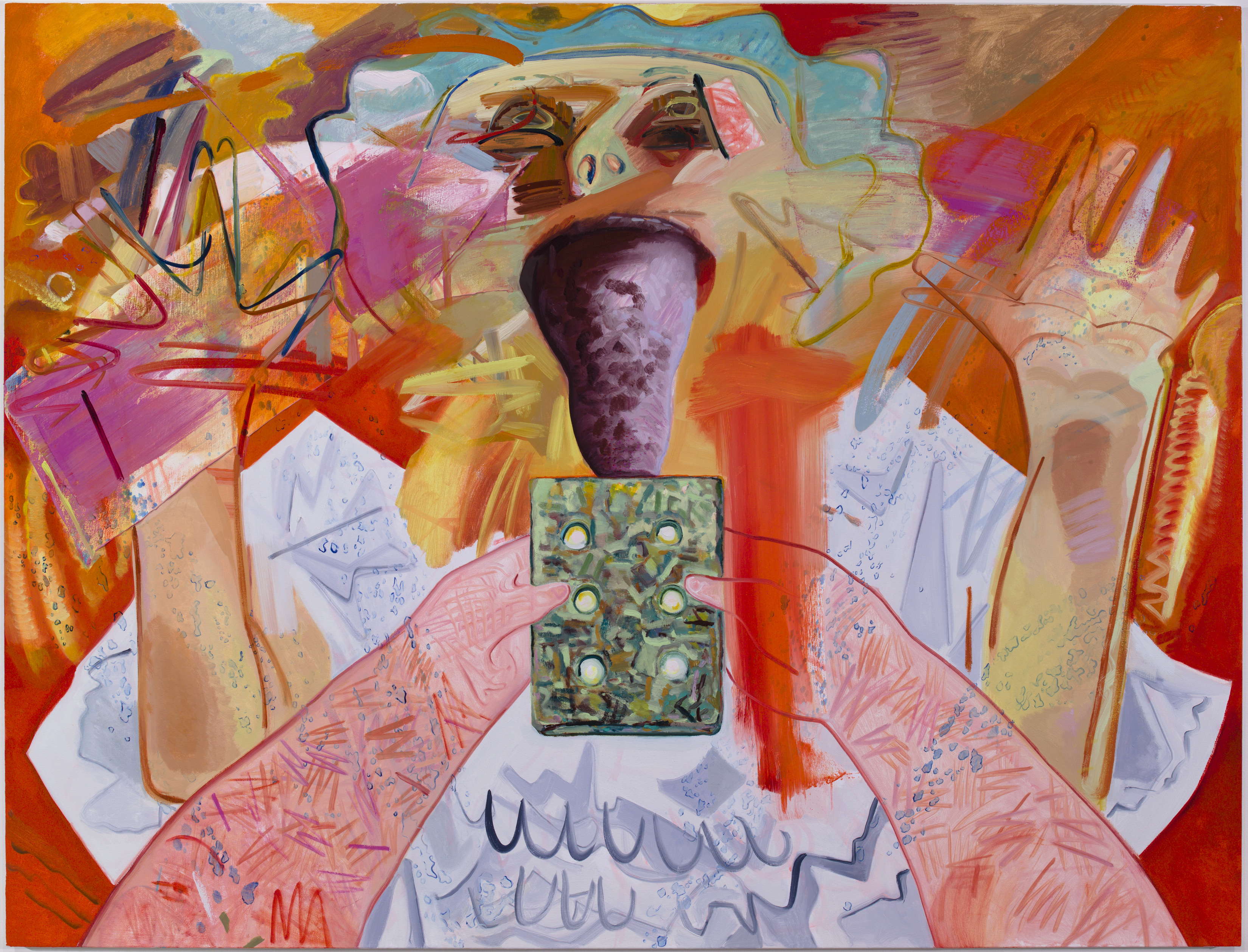 
Was your Gowanus studio affected by Hurricane Sandy? What's the art scene like there?

We're really lucky, we didn't have any damage. There are a lot of artists in Gowanus and certain things come into your visual vocabulary from living there-- the scale of the subway and the canal, sometimes it almost looks like a de Chirico painting, with the intense angles of the shadows and everything. At first I didnt like it, it seemed slightly depressing—a lot of vinyl siding and meth addicts but it’s gotten better and I actually really like it now.

You told ARTINFO you're gifted at making mixtapes. What were you listening to in the studio while painting for this show? 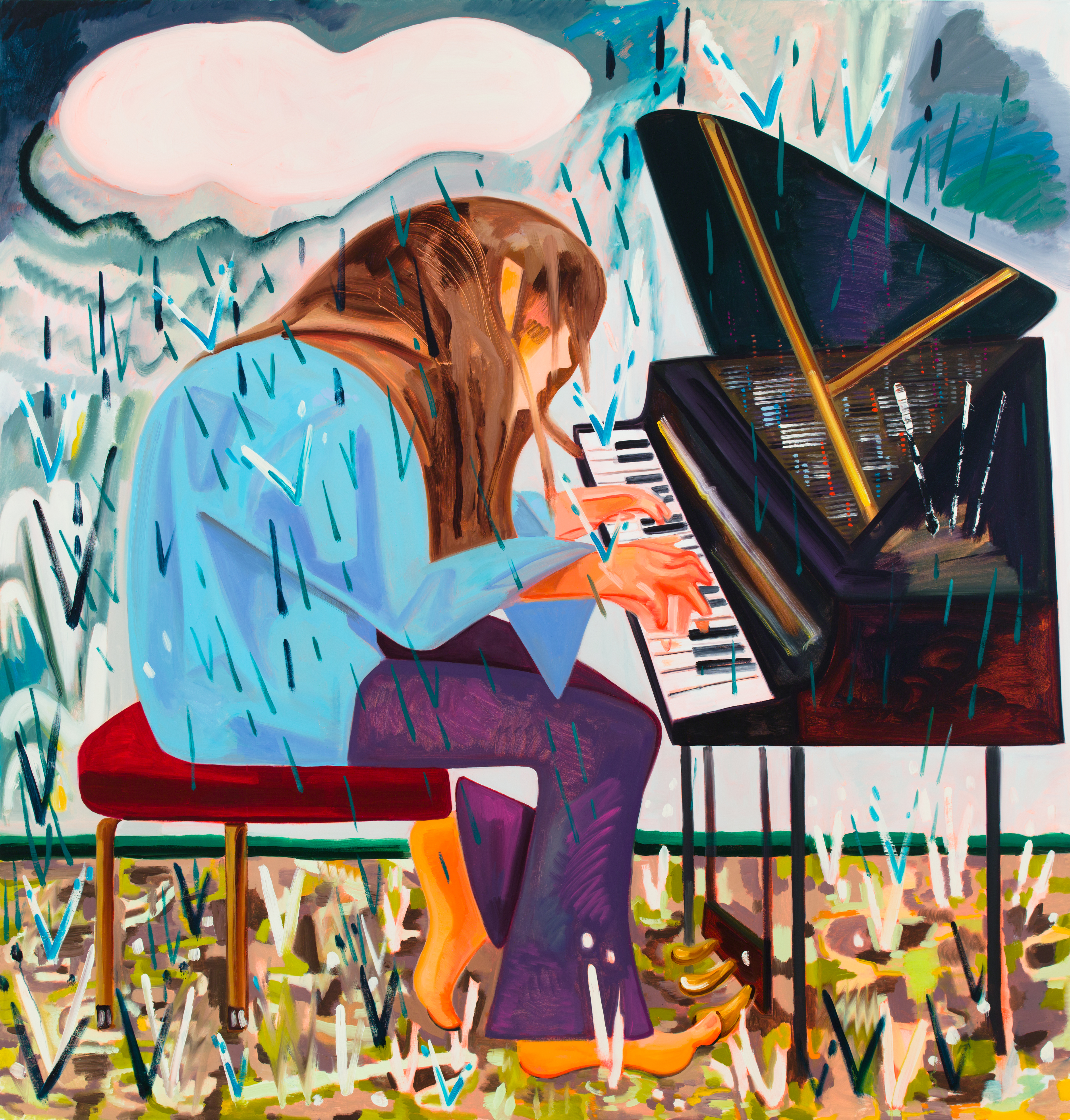 Piano in the Rain 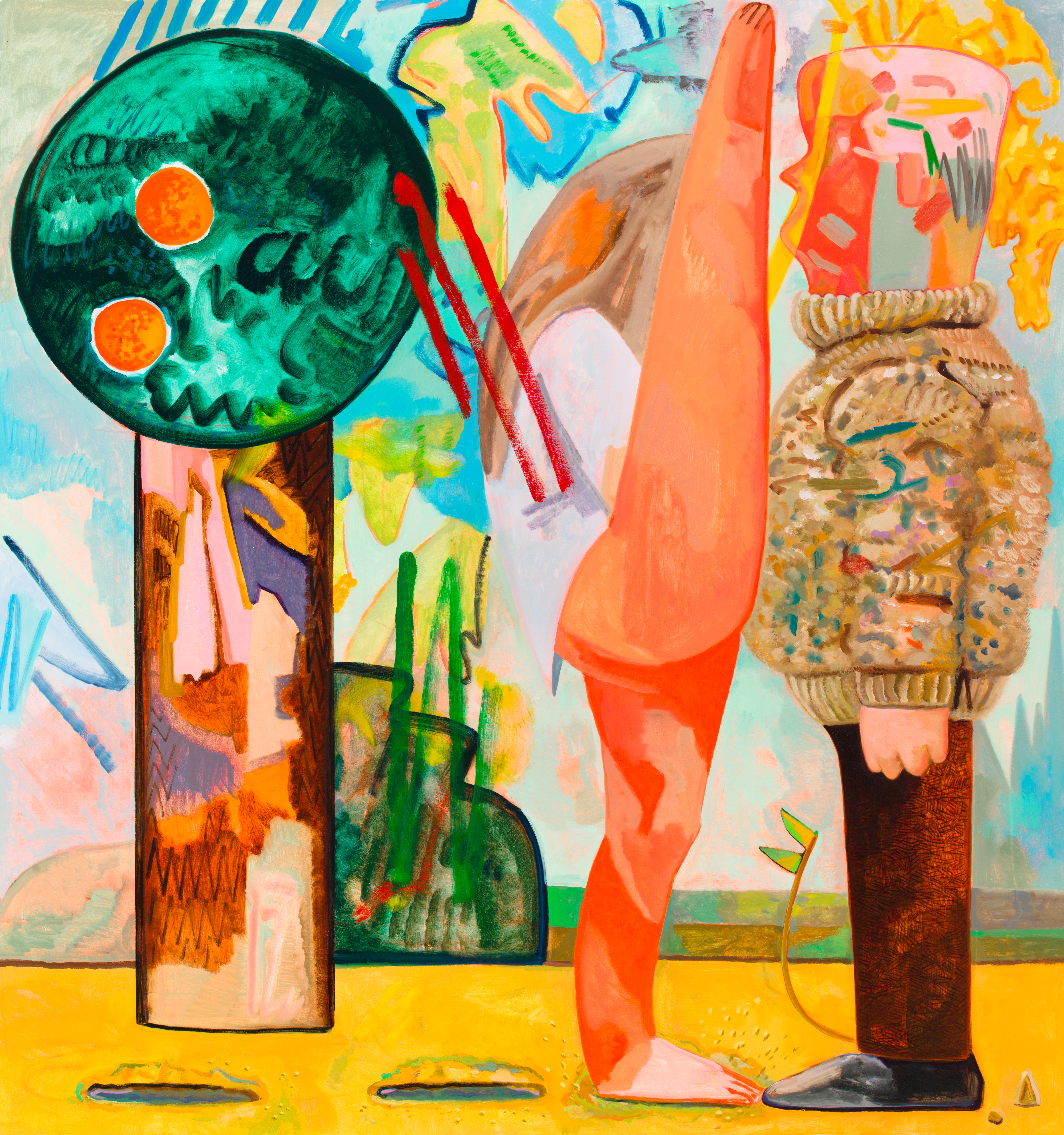 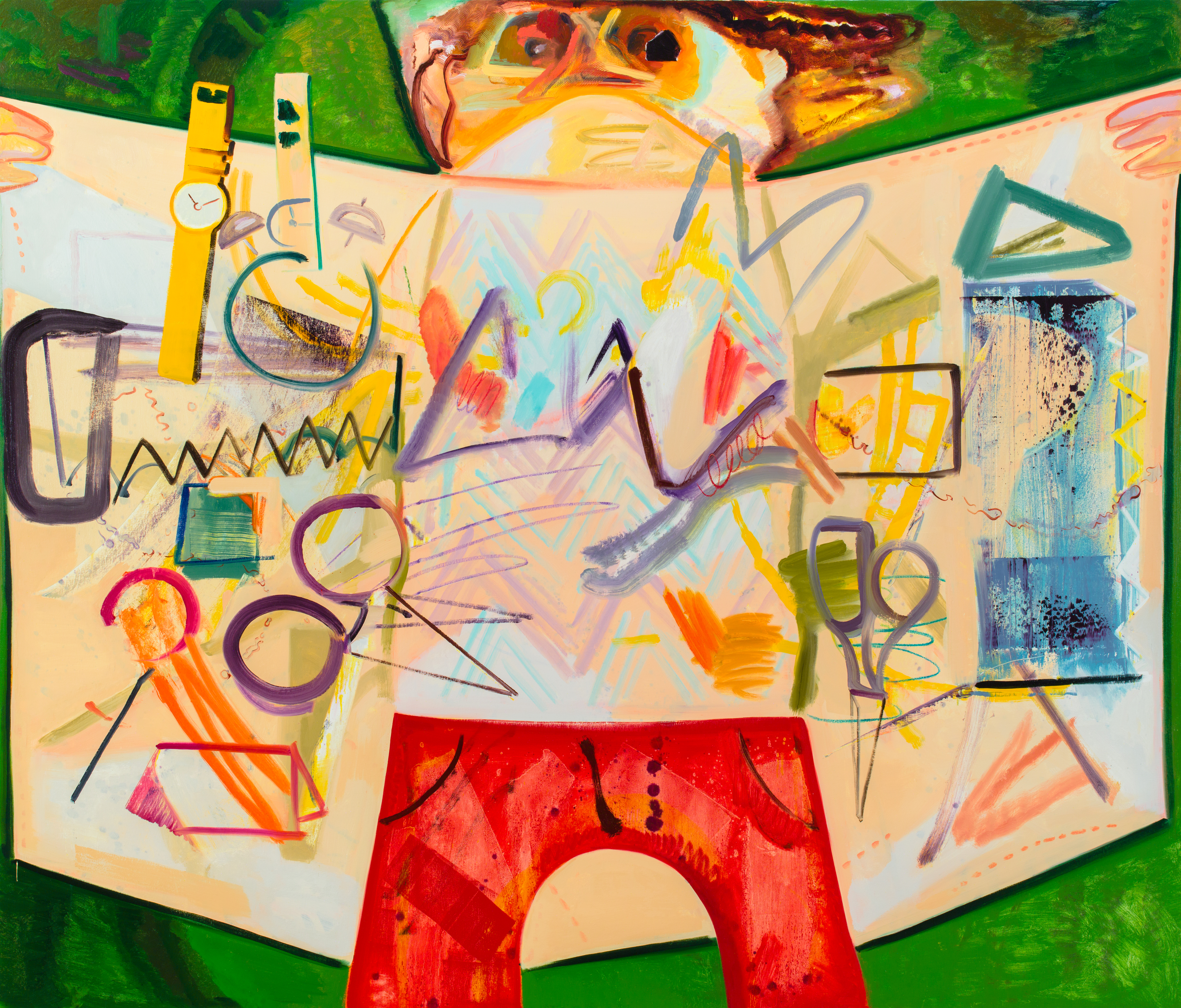 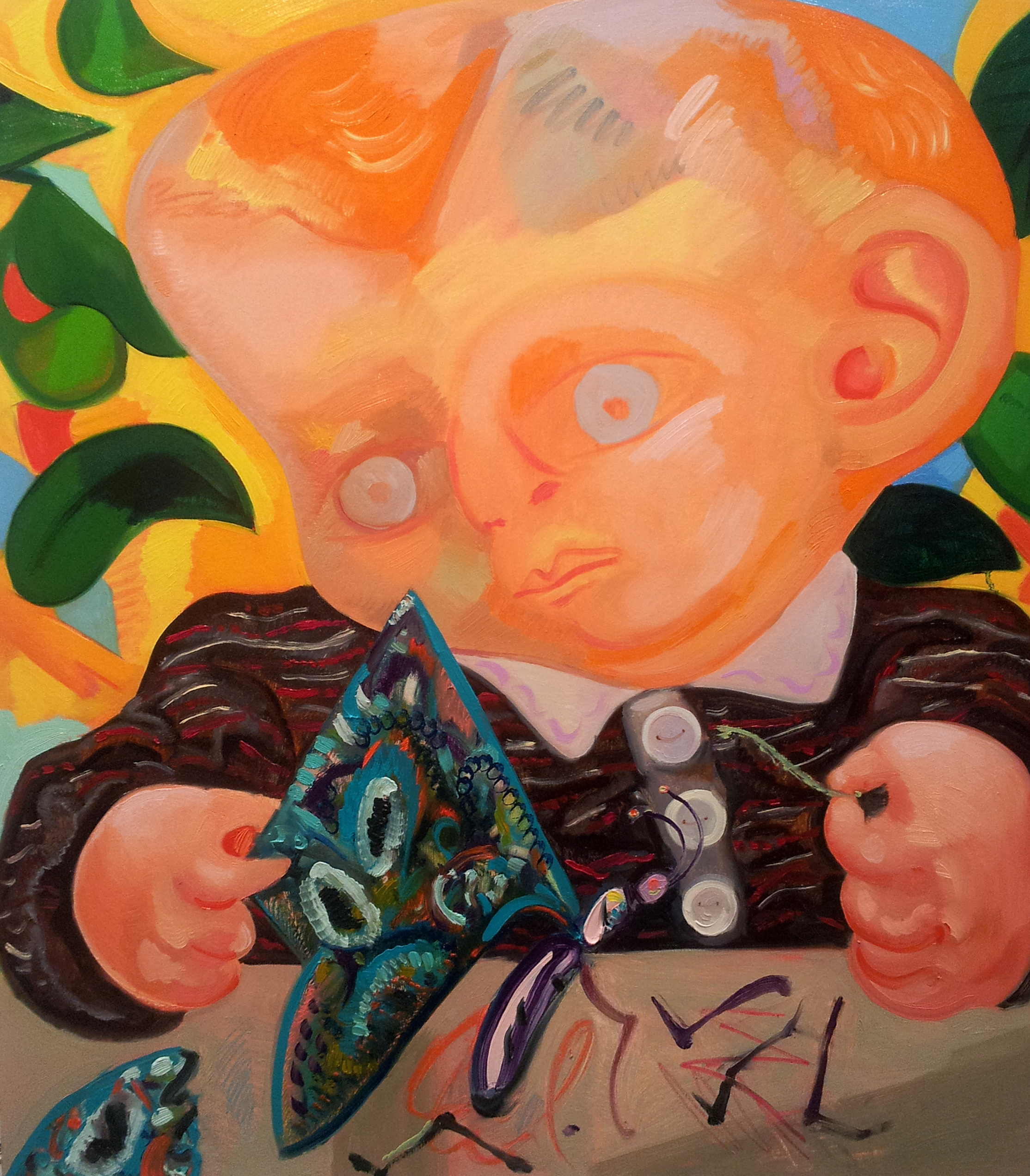 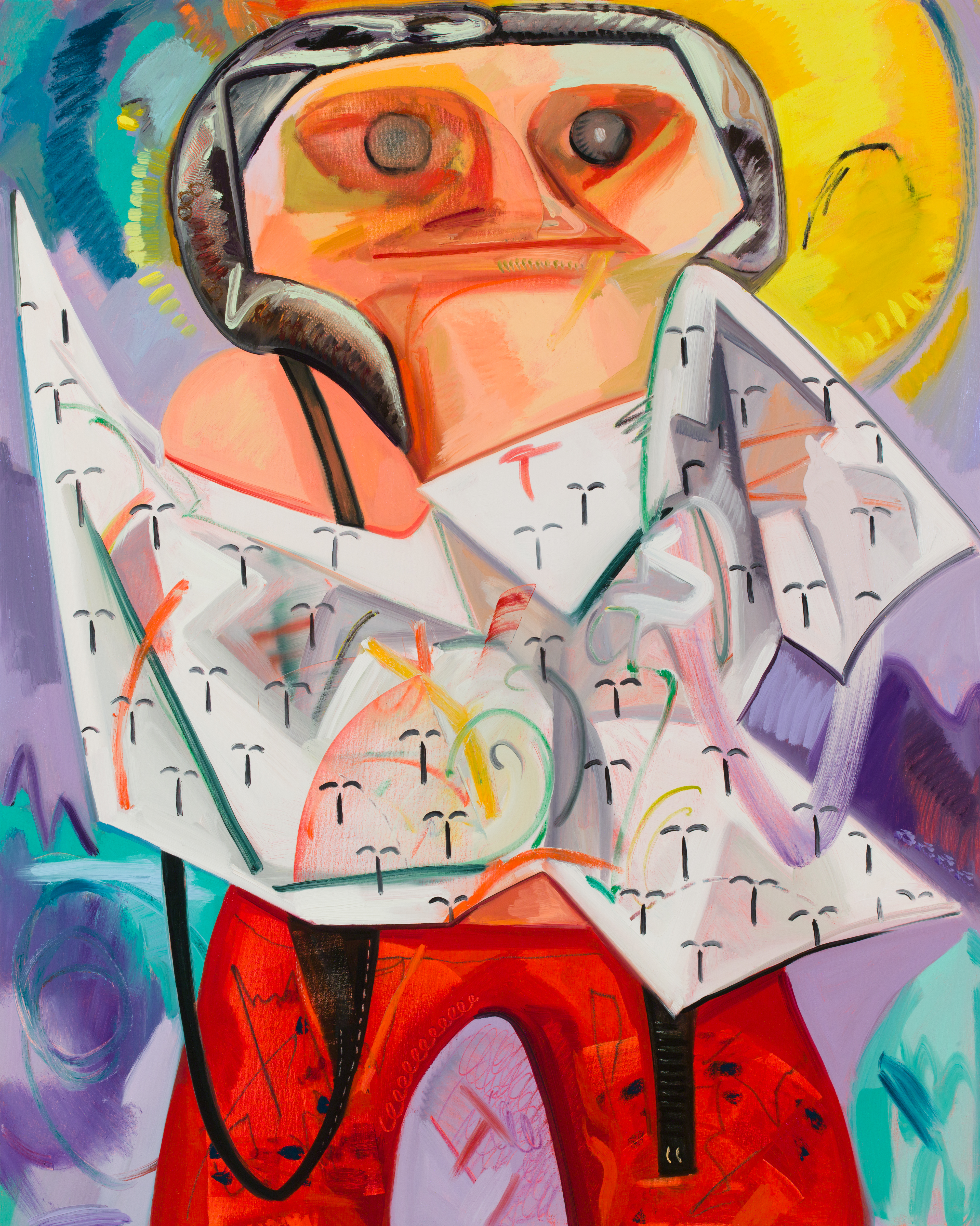 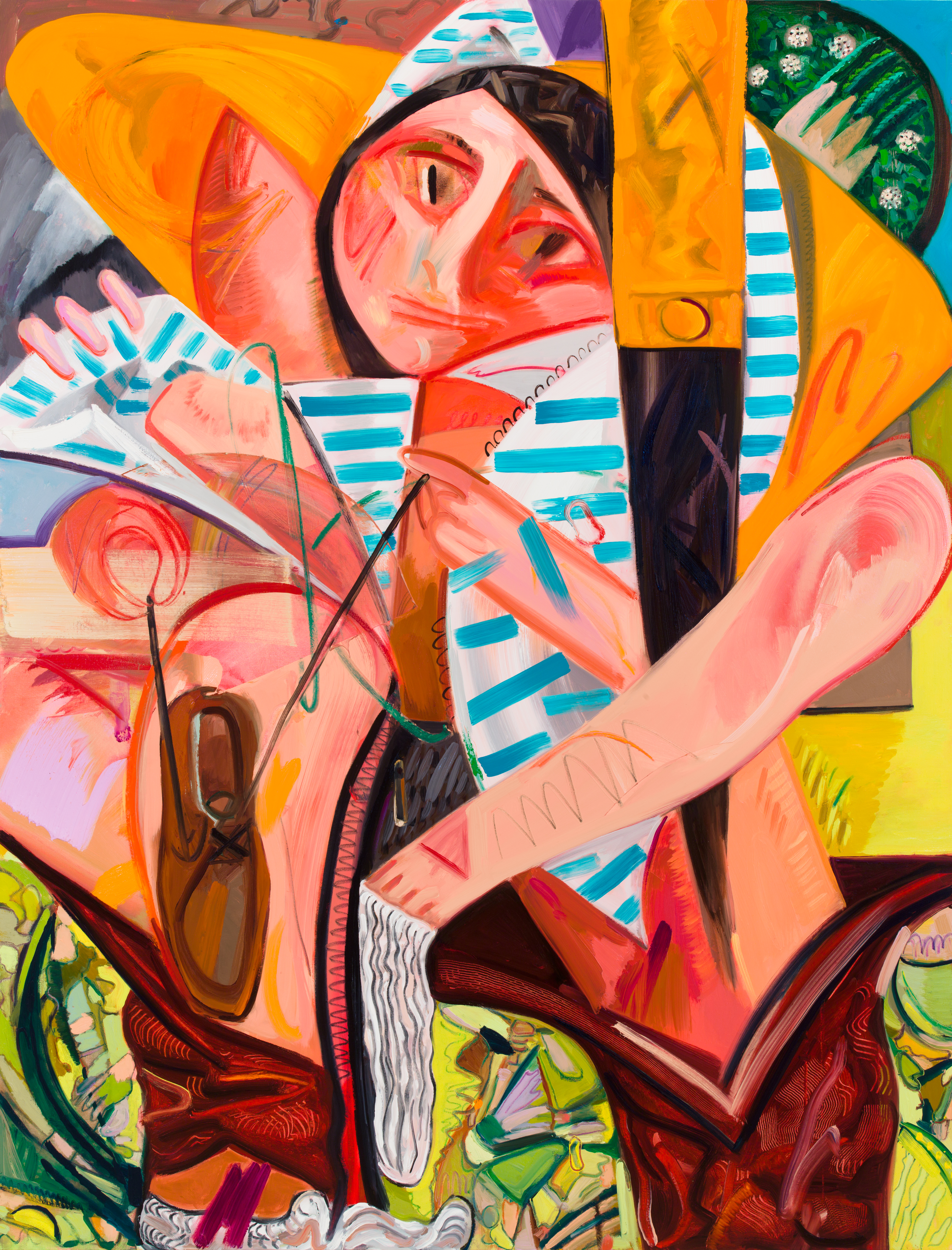 Getting Dressed All at Once

Dana Schutz's work will show from October 12 until January 26, 2014 at The Hepworth Wakefield, West Yorkshire.