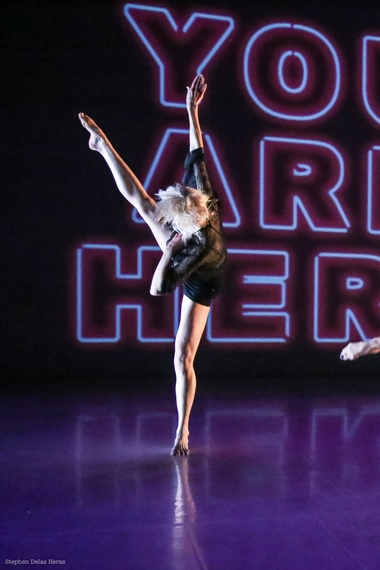 On September 10, 2001, a 24-year-old made the trek from Pennsylvania to New York City. A decade later, his name would grace Manhattan's most coveted billboards, from New York Live Arts to the Joyce Theater. But, on the eve of tragedy, he was a kid with aspirations who performed a fleeting solo for DANCENOW's annual festival. The next day, towers fell for the United States' most haunting nightmare. As the dust settled, New Yorkers looked for something to remind them that the world was made of more than horror, and terror, and death. That sometimes, life can be beautiful, despite the ruins.

The lucky few could recall Kyle Abraham's solo from the night before, and, for a moment, feel their blood warm again.

"There's the potential, if something really reaches the audience, to have this experience where you're all fallen in together," choreographer Doug Elkins said.

Art is transient, and transcendental. It can transport, but more often it makes us feel here -- right here -- captured in the immediacy of place and time. Once it snatches our attention, it can hold us, mesmerized. And in its most heightened form, it can act as connective tissue to make pain, anger, sadness, joy, happiness, darkness, and light tangible, just beyond out fingertips.

DANCENOW is a small collective that appreciates the value of art. The company hosted Kyle Abraham before he won the MacArthur Fellowship, and Doug Elkins while he conceived of his most acclaimed work, Fräulein Maria. Since 1995, DANCENOW has been the birthplace of the 21st-century dance vanguard, shepherding choreographers like Camille Brown and Mark Dendy into the spotlight. It has challenged the public to "suspend their disbelief that they're staring at a bunch of people in strange clothing jumping around like they're crazy people," as Elkins put it.

This week, as DANCENOW celebrates its 20th anniversary, the festival has invited 50 alumni to perform from Sep. 9-12 at Joe's Pub. The bills are comprised of approximately a dozen works with a five-minute limit that proves "less is more."

"I believe that everything can be said with less," DANCENOW Executive Artistic Director and Producer Robin Staff said. "People tend to ramble on, and on, and on. They sometimes do it in their artwork, and a lot of times they do it in their dance work. I really believe in editing."

While curating the festival, Staff worked to garner a diverse bill that represents the multifaceted, interdisciplinary nature of DANCENOW. Each evening benefits from several emcees. On Friday, Larry Keigwin shares hosting duties with his long-time associate, Nicole Wolcott. Together, they'll revisit "Straight Duet," a segment from their 2003 Mattress Suite. He will also perform a new solo, Something Wonderful, which narrates his conquest of self-doubt and low self-esteem after an Achilles injury three years ago. 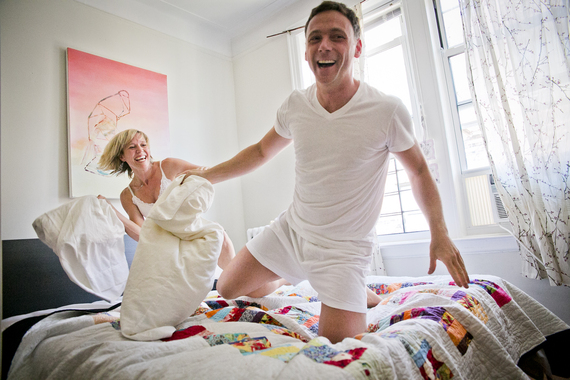 Keigwin cites DANCENOW as his jumping off point as a choreographer. "To me, it's an initiation, but also a wonderful introduction into the dance community in New York," he explained. "They're able to foster emerging talent and give them a platform where there wouldn't always have been one."

Staff, on the other hand, won't take credit for the success of her participants. "These were really talented people," she said. "They were bound to take off. We're a tiny little company that just gave them a push."

Still, her proudest accomplishment over two decades has been crafting an environment for new voices in the dance scene, and witnessing their ascent. "That makes me happy," she said, "that their dreams are coming true, that their careers have become a reality."

Since its inception, DANCENOW has existed in many iterations. As the child of a painter, Staff has an eye for aesthetic, and she first conceived of DANCENOW as a festival that toured the five boroughs, inside firehouses, galleries, and swimming pools. Nontraditional locales that eschewed the proscenium stage stereotype became her theaters; she wanted to situate dance in an accessible space, where traffic would force onlookers to stop and stare. 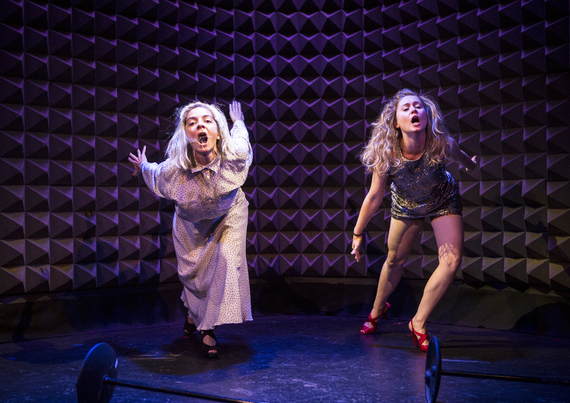 After a few frenzied years of 180 artists at unconventional sites over two weeks, Staff began her search for a more permanent venue. For a while, she landed at the Joyce Soho, then at Dance Theater Workshop. Eventually, in 2011, Staff transferred the festival to Joe's Pub, where viewers now snack on burgers and fries over a show.

"20 years is a long time, and I knew what I wanted -- what I was looking for -- way back then, but I would never have guessed where we are today," Staff explained. "I love where we are. I never would have thought it. It's like following breadcrumbs and landing in a pub."

Because of the idiosyncratic atmosphere, Staff has noticed a different kind of dancegoer waltzing through her door.

Choreographers find that the pub's minimal decor and small dimensions are uniquely intimate. "There is something about the wonderful intensity and absurdity of moving the furniture to the side and having a performance going on right in the middle," Elkins noted. "It does harken to very old cabaret."

"They [DANCENOW] have given us a wonderful platform to get into the conversations with their audience," he continued. "There's more of a possibility for a certain type of empathy."

In May 2015, I went to Joe's Pub for Mark Dendy's NEWYORKnewyork @ Astor Place, produced by DANCENOW. As a college student, finals crept like spiders waiting to bite. As a daughter, mortality loomed like a weight wanting to hit hard as I watched my father degenerate from cancer. As a person, I saw the many unhealthy relationships in my circle, and I didn't know how to fix them.

For an hour, I looked on as a handful of performers revealed the Lower East Side's ghosts and ghouls. Then, I collected my things and grabbed some hot cocoa. But I didn't need it -- I already felt warm, and life was beautiful again.