Once again, the Petersen Automotive Museum in Los Angeles has organized an exhibition which showcases the marriage of cars and art. Its title, The Unconventional Canvases of Keith Haring, refers to five vehicles painted by the beloved pop artist Keith Haring (1958-1990) during the last years of his short life. Haring was only 31 years old when he died of AIDS-related complications in 1990. 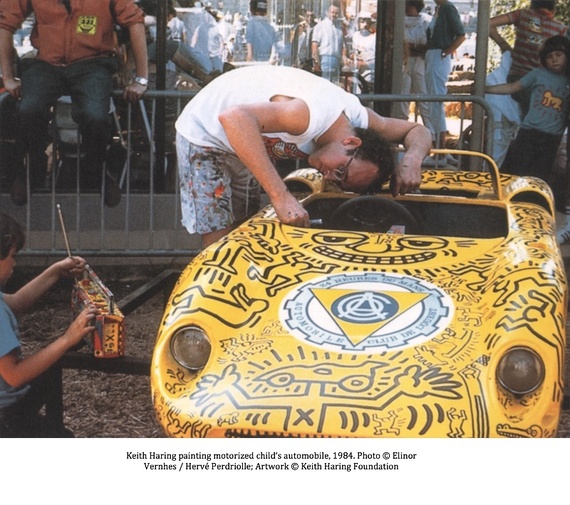 Yes, his life ended tragically, but his art was and still is full of life and happy energy, whether it's his chalk drawings on the walls of New York City subway stations or his graffiti-style paintings on cars. It was no surprise that a large crowd of car buffs and art aficionados came for the exhibition's opening last week. According to the museum's press release, these five vehicles, borrowed from various private collections and museums, had never been shown together before. In a short video on display, one can see the artist in the seemingly effortless process of painting these vehicles. He makes it look so playful, so easy... Yes, easy, when you have great talent and spend years learning and perfecting your craft. 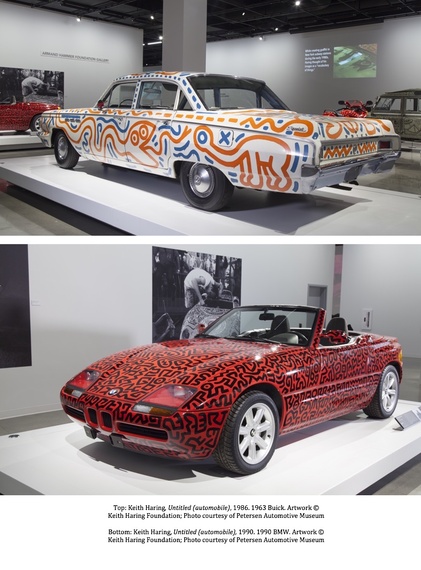 And speaking of the unconventional marriage of cars and art, here's another wonderful example of synergy, this time between fine art and dance. A week ago, dance aficionados packed the theater at the Ace Hotel in downtown L.A. for the sold-out performance by L.A. Dance Project, led by the world-renowned Benjamin Millepied. I would guess that many people came not only to enjoy the dancing, but to hear the one-and-only Rufus Wainwright, singing and playing piano --live-- during the performance. But for me, the most memorable part of the evening was watching dancers performing against the huge colorful backdrop designed by Mark Bradford -- one of the most acclaimed American painters, who also happens to be an Angeleno. 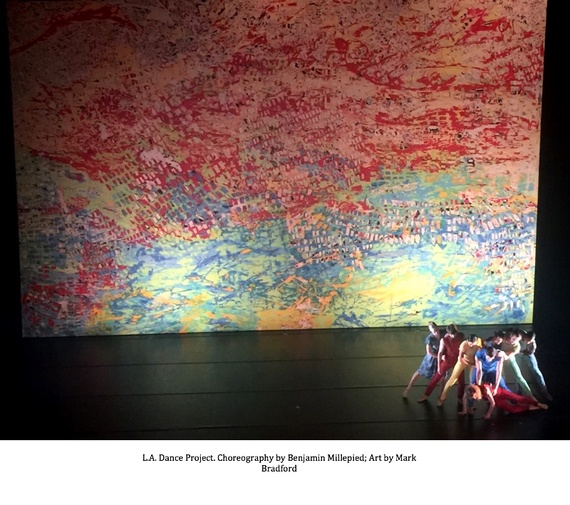 There is a long, rich tradition of great artists creating set designs for dance theater: From Picasso for Ballets Russes to Rauschenberg for Merce Cunningham Dance Company. A couple of years ago, I enjoyed the performance of the Garth Fagan Dance Company at Nate Holden Performing Arts Center with wonderful set design by another major Los Angeles artist, Alison Saar. 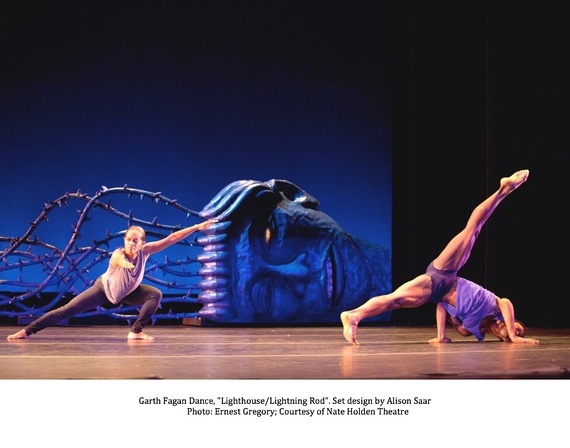 And here's yet another example of a delightful and unexpected juxtaposition of dance with iconic paintings of the 20th century. This time, it takes place not on a theater stage, but in museum galleries. You simply must watch the video of L.A.-based performer Lil Buck dancing in a style of street dance called jookin' at the Louis Vuitton Foundation in Paris. It took place during the current blockbuster exhibition there of major French paintings, including paintings by Matisse and Picasso, borrowed from two major Russian museums: the Hermitage in St. Petersburg and the Pushkin Museum in Moscow. I wonder how Picasso and Matisse would respond to Lil Buck's dancing. For me, he's paying the ultimate homage to these gods of modern art by dancing and in a way, praying in front of their great paintings. 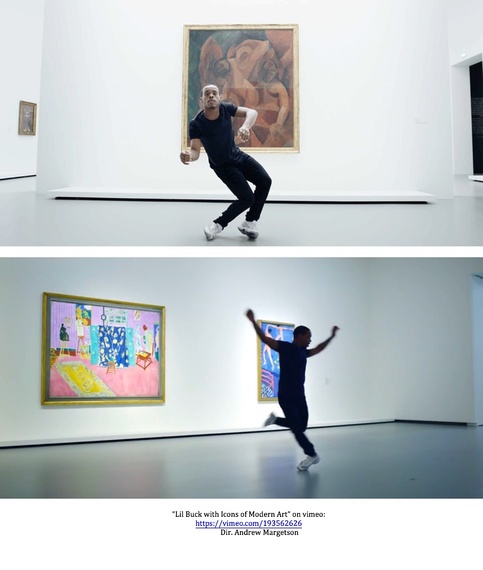 I hope to catch a smile on your face when you see the snapshot of yours truly in front of the Matisse painting Conversation (1909) at the Hermitage Museum during a trip to Russia last summer with major supporters of KCRW. So my friends, let me finish by wishing all of you a Merry Christmas and a Happy Hanukkah. 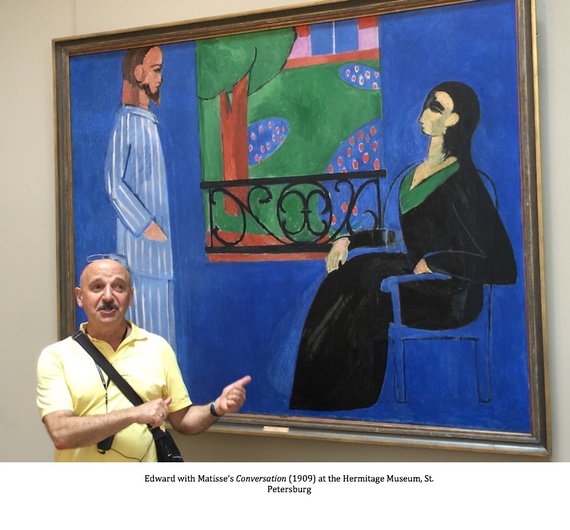