When you're describing Robyn B. Nash, it's hard to find words that do her justice. The pace and rhythm of her life are a whirlwind, and her presence is pyrotechnic, dazzling the beholder at every turn. 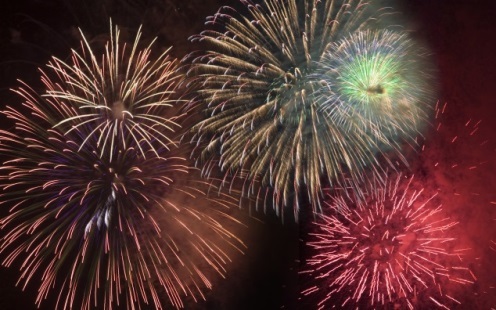 We first met when Robyn was sitting behind the reception desk at Boston's American Cancer Society Astra-Zeneca Hope Lodge. She was all smiles, actively engaging everyone who walked by. We struck up an instant friendship.

Given her lively spirit, I assumed that she was a regular volunteer, there to bring good humor and encouragement to the guests, all of whom are seriously ill visitors to the city's leading cancer centers from far away cities and even other countries. Little did I know that Robyn herself was a Stage 4 cancer patient who has by now been receiving chemotherapy and/or radiation almost non-stop for the past nine years.

To call Robyn active would be an understatement. Her first career, beginning at age 3, was as a dancer for stage, TV, and film. She danced daily until graduating from law school and becoming an Administrative Law Judge in Washington, D.C. Then she opened a solo law practice on Martha's Vineyard Island. Robyn can light up a room with her smile, whether she's performing on stage, advocating for a client in court, or sharing hugs with cancer center staff and patients. She sustains her zest for life, no matter what she's facing.

First diagnosed in 2006, Robyn had known she'd had a lump in her breast for months, but she was in between insurance carriers. She was so focused on solving her clients' problems that she just chose to ignore it.

By the time she connected with a leading cancer center in Boston, she was diagnosed with a "two-fer" -- stage 3 breast cancer and simultaneous non-Hodgkins lymphoma.

People say I don't know how to do things in a small way and that I really scored big here. I wasn't scared when they told me the diagnosis. I saw it as a challenge. I said to myself, 'if that's what I've got, let's go do battle!'

Treated at one of the world's leading academic cancer centers, Robyn has been riding a chemotherapy roller coaster ever since, as the cancer has metastasized to her liver, pancreas, spleen, bones, and lungs, and despite an non-cancerous ovarian fibroid the size of a football. Robyn's biggest scare came in 2011, when a scan showed metastasis to her pancreas, and her medical team told her to "get your affairs in order. "

It totally took my spirits in a downward spiral for 24 hours, crying nonstop. Now I tell other people it's OK to cry hard and let it out. Get it out of your system, so you can be open to new positive energy. It hurts more to try to hold it in.

Stage 4 means there's no cure, but it doesn't necessarily mean you're going to die. We're all going to die, some earlier than others. You still don't know when that is. I choose not to focus on that part of it because if you focus on the negative, you'll become negative and nonproductive. You need all of your positive energy to win the battle.

I'm a living miracle. So I claim it and go forward. You came through the birth canal, and that's a miracle in itself. So I say 'Bring it on,' and I just keep going. I have no immune system now, but that's OK, because I have life. I'll take that any day.

Robyn's life gyrates between extremes. One day she is in the courtroom relentlessly pressing a client's case, and the next she may be receiving chemotherapy and be so sick in the aftermath that she can barely stand. In between, she has survived multiple hospital emergencies, including two bouts of pneumonia, two hypoglycemic blood sugar crashes that nearly killed her, and a transient ischemic attack (TIA) or mini-stroke that resolved itself. So far, Robyn has simply outrun challenges that would flatten most normal people.

If her life weren't busy enough, Robyn has been participating in the Jimmy Fund walk since 2013 to raise money for Dana Farber Cancer Institute (DFCI) in Boston, somehow managing to fit in radio appearances and fund-raising walks to further the cause of cancer research.

I've been like a lab rat, experimenting. I was willing to do that. I hope they'll learn from me to benefit someone else because we've gotta figure out this cancer thing.

This entire life-threatening saga has only intensified Robyn's zest for life and the whirlwind of her daily activities:

There's some magical love energy that God has in my spirit that I can pass on. I think that's one of the reasons I'm still here. I never asked 'why me?' I always asked, 'why not me?'

My faith has only gotten stronger since my diagnosis. I love life and people and food and dancing, and I would like to enjoy them for a long, long time. It's important to have all those things and laughter in your life as many times a day as possible. Every day I practice at least one random act of kindness. You don't do it to get it back, you do it to help other people.

So Robyn lives fiercely and fast, despite her full court schedule, recurrent cancers, debilitating treatments, and occasional random health crises. Wherever she is, she's talking to total strangers, spreading love and helping them to feel good. Every day she supports her clients, performs random acts of kindness, dances whenever she can, and enriches others' lives just by being there with a smile, a story, or a hug.

Robyn doesn't know what it means to have a bad day, because she doesn't even entertain the thought. In the process, her attitude is contagious as she dances through advanced cancer, still spreading hope.