I love to think about the ancient royal families who retained personal astronomers, who were responsible for tracking the movements of the celestial bodies in the skies for extraordinary events. Absent networked communications technology, the skies provided the ultimate wide-screen monitor: a vast, ethereal display in which to divine earthly events.

For example, Vatican scholars agree that the Magis' journey to welcome Jesus was guided by an exceptionally bright star, dramatically viewed in a sky unencumbered by man-made light.

Today's astronomers still work around the clock to take note of celestial phenomena. 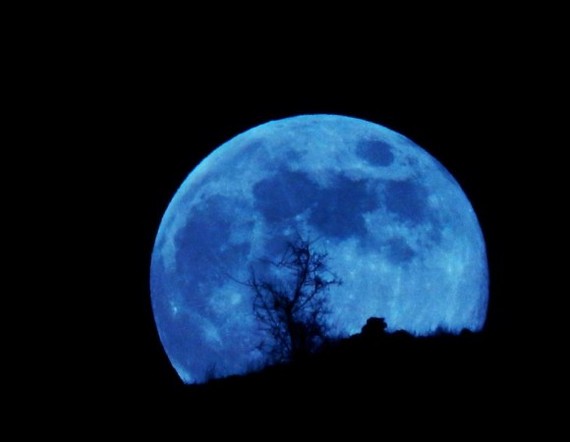 Take just one month, this May, for instance.

• May 9: Mercury completed a transit across the Sun. The transit of Mercury occurs only about 13 times in a century, and the next one takes place on November 11, 2019. (Click here for the schedule from the years between 1605 to 2295, inclusive.)

• May 22: Mars arrives at opposition to the Sun, and coincidentally will appear close to the spectacular blue moon. During this period, Mars shines at its brightest for 2016, i.e. magnitude minus 2.1, or nearly twice as bright as Sirius, the brightest star in the sky.

• Also on May 22: Mercury, one of four planets currently in retrograde, turns direct.

Perhaps the most astounding feature of all these spectacular events is that they are happening on a schedule, and in anticipated detail (see italics above). And not only this month, but comme d'habitude. For instance earlier this year, five planets appeared in the dawn sky, starting on January 19 and continuing until February 20. This occurrence will repeat in August, for six days beginning on August 13, and at dusk instead of dawn. Before this year, the five planets had not been together for more than a decade.

These fantastic celestial events are not capricious; they are operating on a precise timetable ad with specificity that eclipses the most talented flight scheduler or soufflé chef.

About twice a year, the moon passes in front of the Earth, as recorded here by NASA's new Deep Space Climate Observatory (DSCOVR) satellite.

"It is surprising how much brighter Earth is than the moon," says Adam Szabo, DSCOVR's project scientist. "Our planet is a truly brilliant object in dark space."

Sky-gazing reminds that the only place to live is exactly where we are. For all the mayhem, brutality, and depravity of this world, it is a miraculous, flabbergastingly hospitable haven. No offense to Elon Musk and other contemporary rocket expeditioners, but my bets are on this planet: the Earth is the only livable speck in a galaxy of untenable, uncomfortable, alien alternatives.

Who on earth would dare to deny or interfere with a natural order that includes such rhythms? Herod, Saul and Priam in ancient times come to mind. Proud, powerful people who privileged their own gain and reaped disaster. Is it naive to hope that the most powerful climate-change deniers might eventually take note of this short-sightedness?

This evening, I recommend straightening your cervical vertebrae from constant tapping and tweeting on the phone, and gazing skyward for the rare sight of a full "blue" moon with tiny red Mars to the side. And let's hope our most influential leaders are doing the same, reminding themselves that there are forces operating on a scale monumentally larger and more enduring than our vulnerable human constructions, infinitesimally tiny and inconsequential by comparison. If you happen to know someone who might benefit from a stellar perspective, please invite them along.