Daniel Craig is a very private man, on screen and off. On film, he plays a journalist doing important investigative work, as well as the world's most famous spy; in real life, he does things like get married in super secret ceremonies. And as he tells British GQ, he's got good reason for all the secrecy; once you go Kardashian, you never go back.

"I think there's a lot to be said for keeping your own counsel," Craig tells the magazine. "You can't buy it back. You can't buy your privacy back. 'Ooh, I want to be alone. 'F*ck you. We've been in your living room. We were at your birth. You filmed it for us and showed us the placenta, and now you want some privacy?'"

In case he wasn't clear enough that he was talking about the Kardashians -- hey, reality shows blend together -- he then emphasized his target.

"It's a career. What can I tell you?" he continues. "It is a career; I'm not being cynical. And why wouldn't you? Look at the Kardashians, they're worth millions. Millions! I don't think they were that badly off to begin with, but now look at them. You see that and you think, 'What, you mean all I have to do is behave like a f*cking idiot on television and then you'll pay me millions?'"

In fact, Craig's comments are quite salient on a day when Kourtney Kardashian announced that she is pregnant... on the cover of Us Weekly.

Don't expect Craig to open up much, either; this summer, in an interview with Esquire, he was pretty defiant on the subject of personal publicity.

"This has become my way, it's as simple as that," he told the magazine. "I mean, since I've just become James Bond. And I think, you know, that means being something that people feel they own. And all of the sudden I'm getting magazine covers, when I got nothing for ten years before that. I say it's just pure luck. And doing covers, people interviewing me, and they want to know everything and I'm going, I'm not gonna f*cking tell you!"

Craig's secrecy serves him well when it comes to his film career. He has had to keep his mouth shut about "Dragon Tattoo," though he did rave to GQ about his co-star, Rooney Mara.

"Poor girl," Craig sympathizes. "She's not been allowed in the sunlight either, she's borderline anaemic. But she's incredibly sexy and incredibly beautiful underneath all that. That's what you discover, and [director] David [Fincher] was absolutely adamant that was what we needed to do to discover her, both as a character and an actress. I think that was a great decision."

Mara remembered the intense audition process in an interview earlier this fall with EW, saying that she had nearly had it with the entire thing before she was offered the role.

"At that point I was just super frustrated. I was like, 'You have to decide. Either you think I'm the girl or you don't. There's not much more I can do to prove it to you,'" she told the magazine. "I went in there sort of ready to fight. I was pissed. But David sat me down and gave me this long speech about the part. Then he handed me his iPad, and it had the press release on it. He said, 'I'm prepared to send this out. You have half an hour to let me know if you want the part.'"

For more from Craig, click over to British GQ. 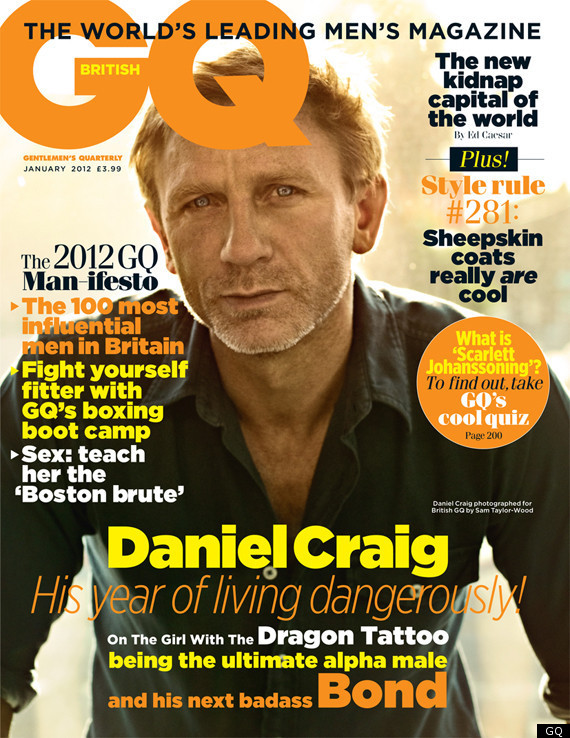