Daniel Craig is starring in two of the most hotly anticipated films this winter, but if there's one thing we've learned about the English action star, it's that he's rarely moved to emotion. So, is it any surprise that he was stone-faced stoic Saturday night even as he was feted at his hometown premiere of "The Adventures of Tintin?"

The emotionless stare that works so well as the new, badass James Bond was in full effect at the otherwise happy and massively covered unveiling of Steven Spielberg's motion capture adaptation of the famed comic and cartoon series, with Craig showing little amusement as photographers' cameras snapped away. It's almost amusing, how unmoved he seemed at the big event, and very much worth exploring in depth.

Just watch as his face moves from seemingly catatonic to what looks like extreme effort and then finally to a smile. Isn't it obvious why David Fincher cast him in his dark adaptation of "The Girl With The Dragon Tattoo"? 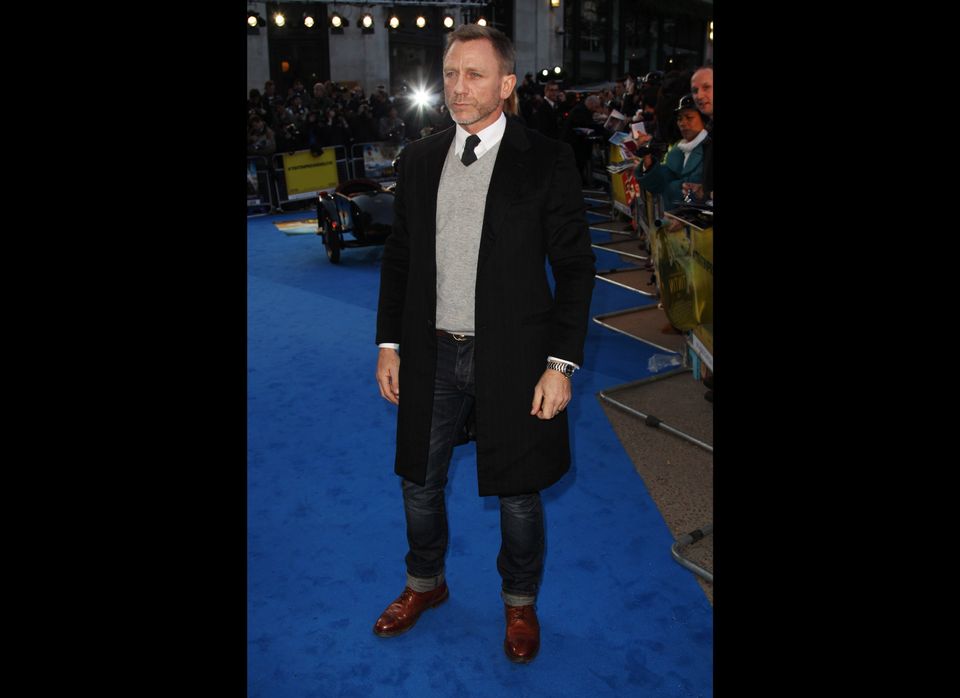