The win was a historic one for Day-Lewis. The Best Actor award is his third overall, giving him more Oscars in the category than any actor in the history of the Academy Awards. Marlon Brando, Gary Cooper, Tom Hanks, Dustin Hoffman, Fredric March, Jack Nicholson, Sean Penn and Spencer Tracy all won two Best Actor awards.

Day-Lewis previously won Oscars for "My Left Foot" and "There Will Be Blood." He earned this latest trophy for playing Abraham Lincoln in Steven Spielberg's "Lincoln."

"I've received more than my fair share of good fortune in my life," Day-Lewis said while accepting the award.

For more on the Oscars' 2013 ceremony, including a full list of Academy Awards winners, check out the live blog below. 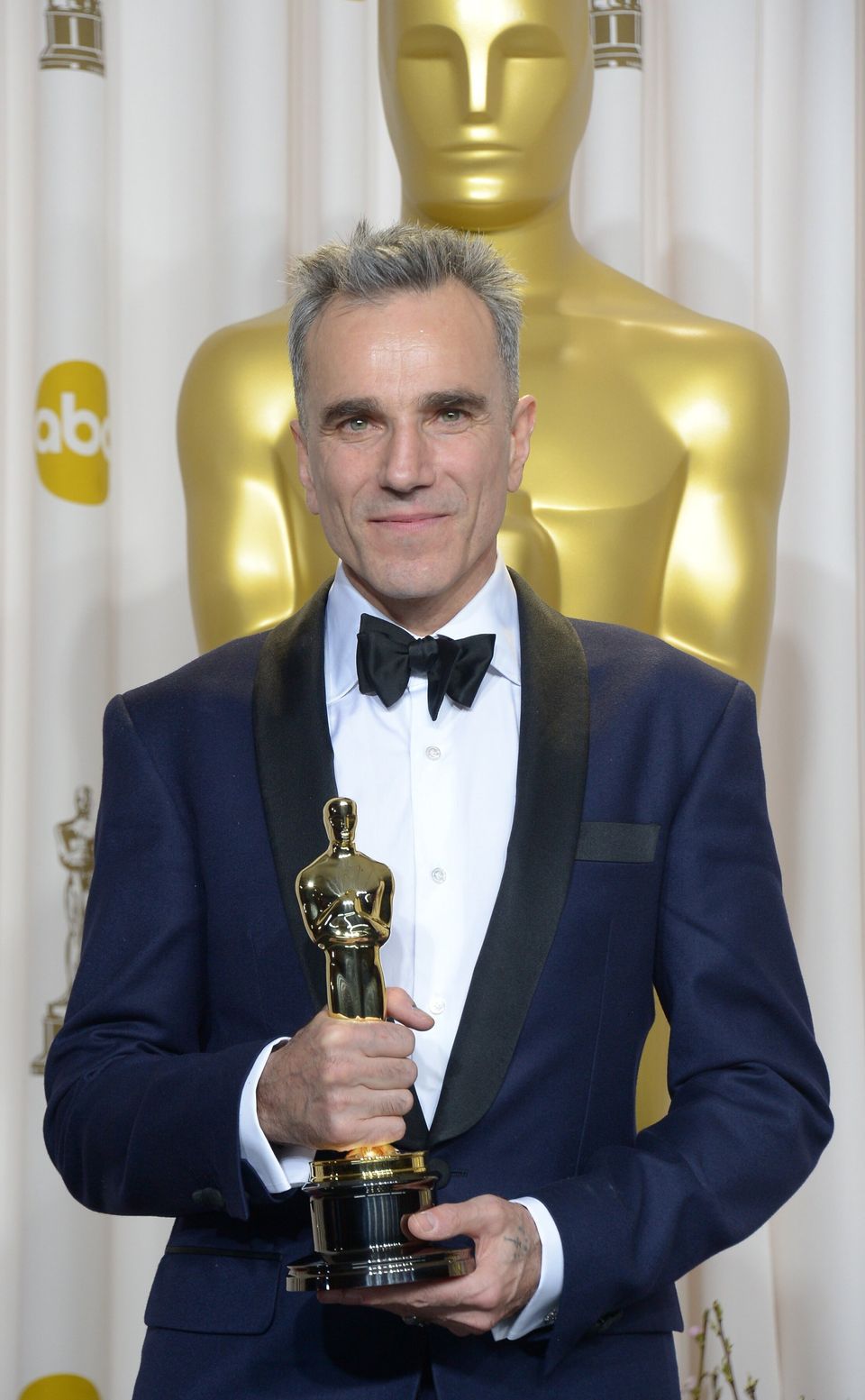