Happy birthday, Daniel Day-Lewis! The actor, hailed as one of the greatest of our time, celebrates his 55th today.

Day-Lewis, son of Anglo-Irish poet laureate Cecil Day-Lewis and actress Jill Balcon, started working on the British stage after graduating from the Bristol Old Vic theatre school, which he chose to attend over an apprenticeship in carpentry, his competing passion during secondary school. He first garnered attention in film for his 1985 portrayal of Johnny, a gay man in an interracial relationship, in "My Beautiful Laundrette." He then played Cecil, the cultivated fiance of Helena Bonham Carter in the adaptation of the E.M. Forster novel "A Room With A View." The films premiered in New York simultaneously, wowing critics who hailed Day-Lewis' impressive range.

Day-Lewis is known for his somewhat extreme preparation for his roles. For example, he spent two days and nights in a prison cell without food or water to prepare for the role of Gerry Conlon in "In the Name of the Father." He told The Independent:

My preference is that, that day when someone sticks a tripod in front of you with a camera on the top, it is not day one. It begins way before, with the work before you start filming -– and there is no limit to the amount of time that you take to discover a whole life; it could take six months, a year, or a lifetime.

Day-Lewis went on to garner critical and popular acclaim and numerous awards, such as an Oscar for his performance in "My Left Foot" in 1989. He has said his real interest, however, lies in "[telling] American stories," such as "The Last of the Mohicans," or his more recent roles in "Gangs of New York" and "There Will Be Blood," which earned him another Academy Award.

Day-Lewis currently resides in Ireland with his wife Rebecca Miller and their two children (he has another son from a previous relationship with actress Isabelle Adjani).

Check out the slideshow below for clips from some of Daniel Day-Lewis's memorable performances, as well as interviews and photos from across the years: 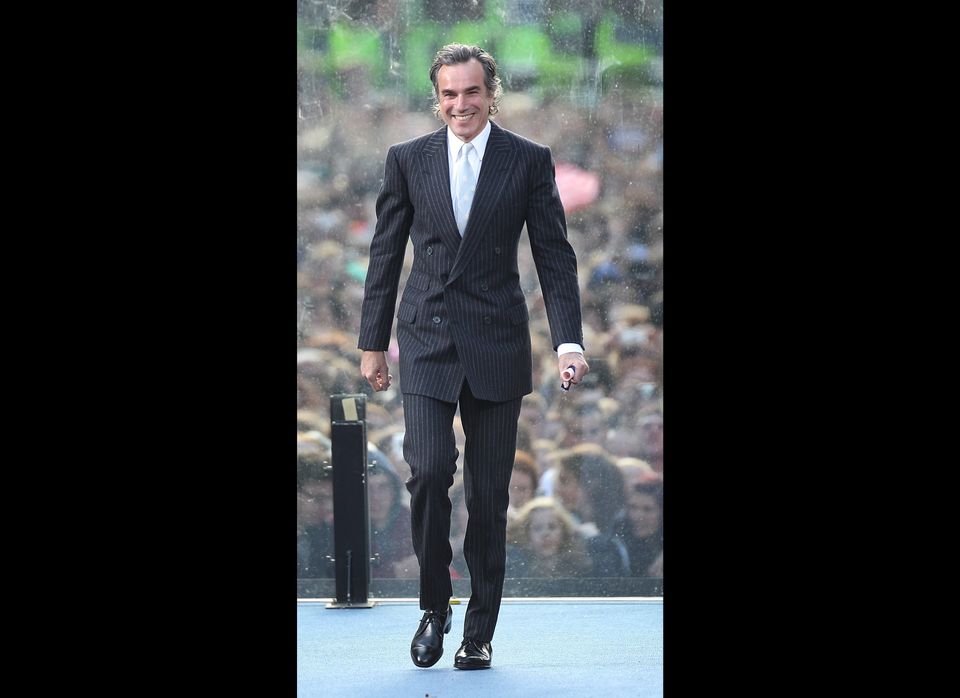