Daniel Kornrumpf's woven portraits, exquisite in their detail and surprising in their effect, are not your Grandma's embroideries. The art has really left the company of mah-jong and rocking chairs, and may now join the ranks of stunner shades and bling. 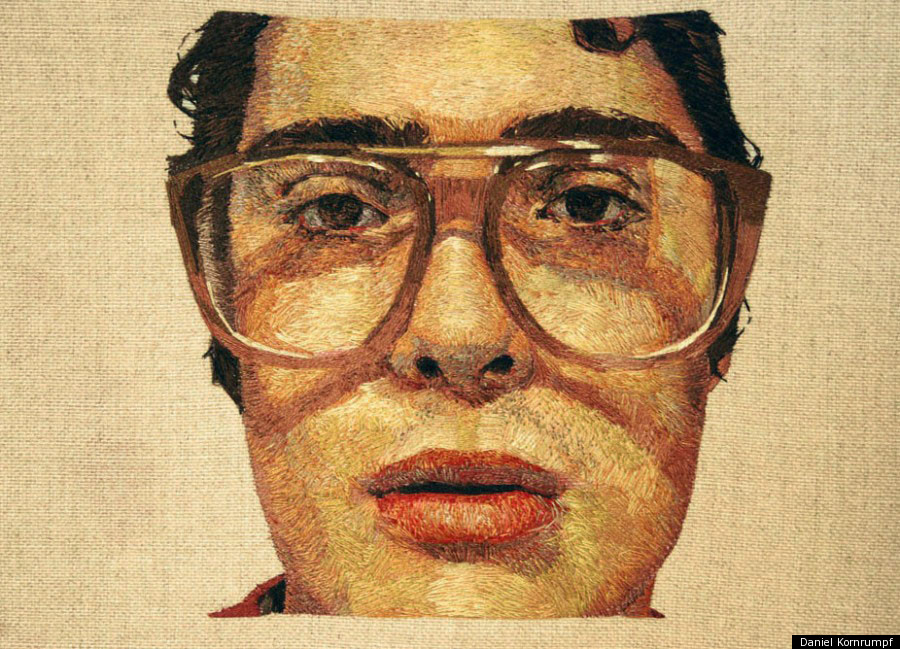 Kornrumpf's portraits use images originally found on social networking sites; what makes these images so cool is no mere coincidence. They were very consciously, Kornrumpf believes, threaded together by "desire, vanity, and arbitration." We work to portray ourselves in a certain light. With the glasses and the grills, we weave our own portraits. 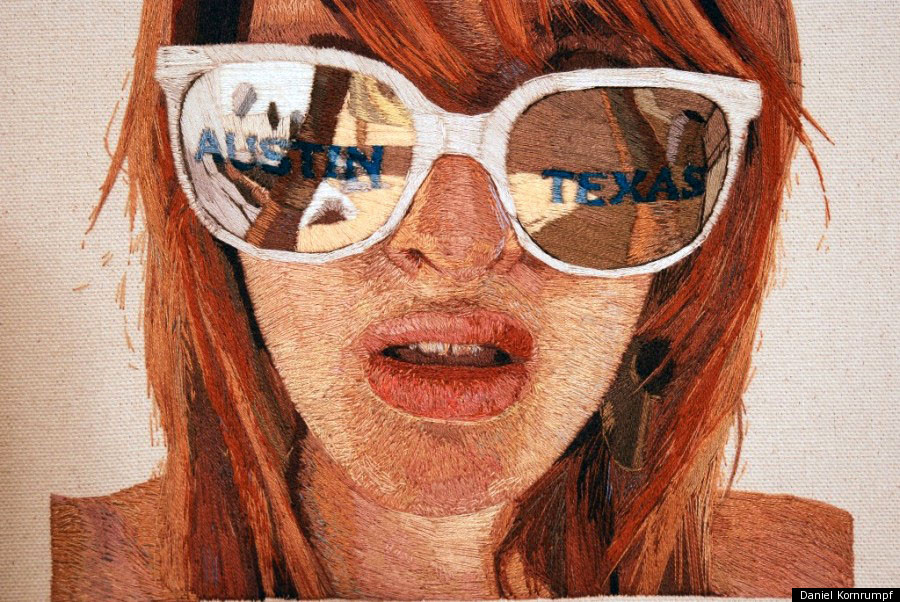 The portraits themselves do not take up the majority of Kornumpf's canvasses; despite the vanity there is also a large sense of interconnectivity depicted through the woven canvas and extensive white space. Kornrumpf navigates a "social fabric where everyone is connected and the same. The thread that makes up the portrait is the same as the thread of the canvas." We create an image for ourselves with the same thread that helps us understand the image of another. Get it, Grandma?