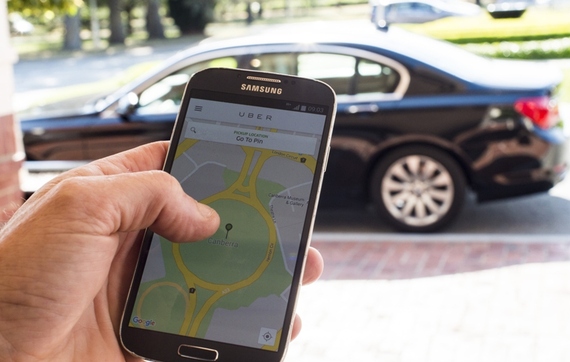 Uber, the disruptive transportation company, has had a dynamic rise to power, and is now worth billions. Despite the importance of technologies and teams to most companies today, there is usually a central figure -- the entrepreneur or visionary -- who possesses an outsized persona, extraordinary chutzpah and a preternatural instinct for commanding the attention of the media. In the case of Uber, that person is Travis Kalanick.

The brash, divisive head of Uber could not be a more perfect specimen of a Silicon Valley legend. He became a hard-sales guy during high school, even peddling knives door to door. He is also an intense Ayn Rand fan, although he is definitely not pals with all of his fellow libertarian entrepreneurs. In fact, Peter Thiel has called out Uber and Kalanick for being "ethically challenged."

An early entrant in the file-sharing industry with Scour and Red Swoosh, Kalanick has a history of questionable ventures and sketchy behavior. Like every legend, he has had his setbacks: what else would occupy the middle of an Aaron Sorkin screenplay? At one point, Kalanick even moved back in with his parents. However, he soon moved out again ... into a mansion with his own chef.

Uber was initially conceived as a high-end limo service in 2008 (the "ur-Uber," one might say), and then evolved into an "accessible luxury" and taxicab alternative in 2010. As the company grew, a cult of personality naturally formed around the voluble, excitable and endlessly self-impressed Kalanick. In a Wolf of Wall Street moment, he once said, "When you've got the kind of crew we've got, the party is wherever we are." This reputation has its perks, including being compared to Steve Jobs, Jeff Bezos and Mark Zuckerberg. However, the downsides are also evident, especially when you skirt dangerously close to being compared to Martin Shkreli.

But along with the bravado, Kalanick has undeniable business acumen: a seductive way with investors and a skill in tough negotiations (which, given the morass of legal issues and other complications that Uber has waded into, Kalanick has needed). 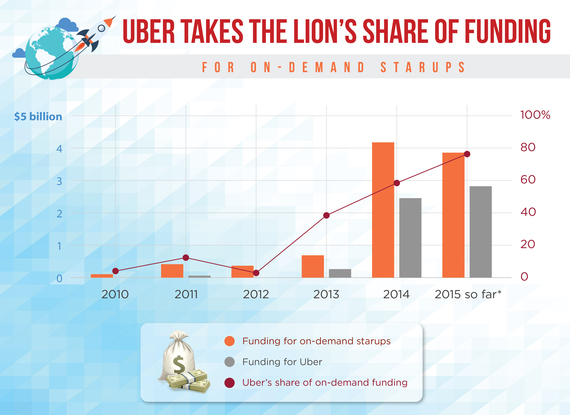 For a start-up in the 21st century, funding is everything. The escalating market valuation of Uber, demonstrated in the above chart by Bookcab, is rooted in the increasing success in each round of funding. Of course, such valuations can sometimes seem to fly free of reality altogether. Can companies that have never turned a profit actually be worth more than brick-and-mortar Fortune 500 corporations with 100-year histories? But while economists debate that point, Kalanick continues to pique the interest of would-be funders.

Uber is not profitable yet. In fact, the company is bleeding money. However, few would dispute that it can and will be profitable. But why isn't Uber profitable yet? Because Kalanick is focused on branding and expansion.

Without question, the branding has been a spectacular success. It is the hope of every Internet start-up to become part of everyday speech, like Google, Twitter, eBay. Uber has achieved that level of recognition in just five years.

This has happened partly because Kalanick has aggressively pushed the service into multiple markets. Uber is currently operating in more than 270 cities around the world, which increases brand awareness, but undoubtedly dilutes the bottom line in the short term. This sort of itchy imperialism is characteristic of the new breed of mega-successful businesses. Of course, when you throw up a large building on top of a slightly shaky foundation, bad things could happen...

These companies, for good reason, strike while the brand is at its slickest and sexiest. Never underrate the importance of the "shiny new toy" phase in the life of tech businesses. Of course, it can't last. Google, eBay, Netflix and Apple have all passed through this phase, and it contributed immeasurably toward the establishment of their mystiques. But after a while, you inevitably become a part of the daily scenery.

The difference between Uber and the start-ups that have failed is that Kalanick was able to exploit a genuine weakness in an existing market. As a conventional cabdriver put it: "People hated us for decades." Michael Arrington of TechCrunch once promoted Uber by urging, "Help break the back of the taxi medallion evil empire." A huge number of people apparently felt the same way.

A man of lesser bad-assery than Travis Kalanick would not have tried to break that back. The existing taxi industry was not only powerful; it was also persistently reputed to have shady connections. Furthermore, it had the laws and regulations on its side.

Kalanick has steered Uber through the messy situation by purposefully confusing the issues and redefining the terms of the argument. He has kept ahead of the laws and regulations, which always lag behind technological developments, and attempted to negotiate agreements that will put Uber at the top of the game.

In addition, he courts controversy at every turn, which is great for publicity. He keeps entertaining sideshows in play, such as the underhanded, dirty-tactics war between Uber and upstart competitor Lyft.

Finally, Uber has been instrumental in creating a new conceptual space, "the gig economy," which has disrupted the received wisdom of the nature of employment and has generated issues that will take years to resolve. This process is what is keeping Uber at the center of the news cycle. That in itself is worth billions and, more importantly, means that Kalanick can afford to lose a few fights.

Though he has his naysayers and constantly runs the risk of self-parody, Kalanick has proven to be one of the world's shrewdest business operators. That is the key reason for the high valuation of Uber today.