That which withers in the age of mechanical reproduction is the aura of the work of art. In permitting the reproduction to meet the beholder in his own particular situation, it reactivates the object reproduced... for aura is tied to presence; there can be no replica of it. -- Walter Benjamin 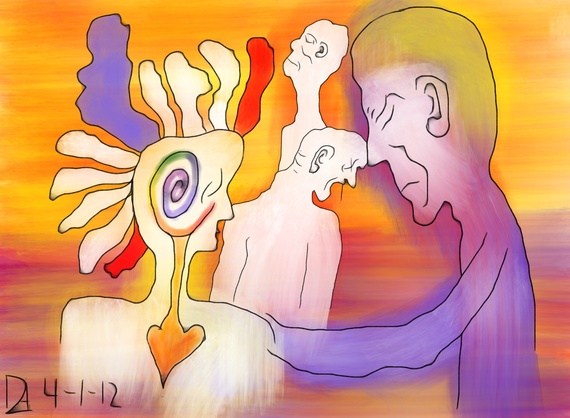 "Artists have always used available technology," Leighton tells me. He has been enthusiastically but patiently explaining to me how he paints, which is digitally, and how he uses Augmented Reality to transform his still images into app-based videos and animations. He's been showing me his analog yet space-age tablet and brush set up, painting and sketching while we talk like any artist in their studio. "It's just a tool like watercolor or a camera. You have to figure out for yourself what it can really do, and what you can do with it. You have to develop your technique." 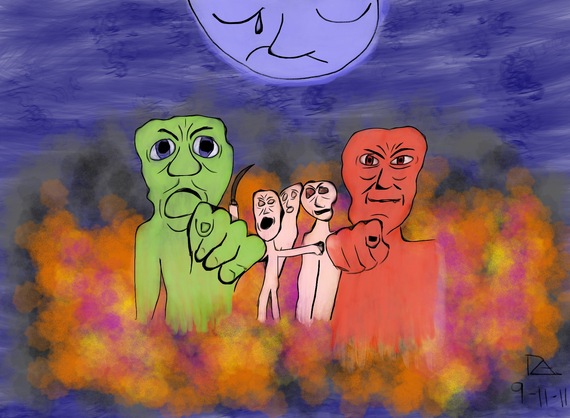 He has become remarkably dextrous in the use of the technology, replicating with impressive nuance the factors of painting by taking full advantage of the complex array of variables his devices offer. Paint saturation, color mixing, brush size, pressure on the surface, gesture, draftsmanship, all of this and more is in play as he works; it is a surprisingly familiar process, and a surprisingly analog interface. His style has a quality of rawness and intensity that is both visual and emotional -- and that is not usually associated with digital art. Tech and emotion don't usually go together in the popular understanding of the painter's process. The 2-dimensional, frequently large-scale prints are high-resolution to the point of luminosity. Their expressive color fields and wavering black line drawing are compelling in their own right; it's clear that in these prints, Leighton has used the special aspects afforded by the tech to enhance certain ages-old goals of painting and drawing. The tech is impressive, but to make good art with it, you still have to be a good artist. 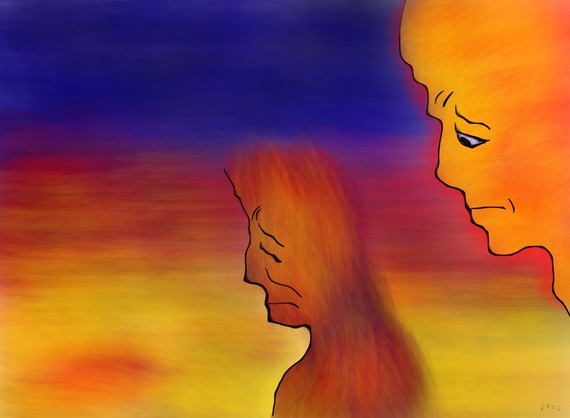 Leighton does have an extensive tech background, as well as an art background in both painting and film. So when he discovered the marvels of Augmented Reality (or AR to people who like to sound like they know what they're talking about), he felt it brought together his previously somewhat separate spheres of interest, and the two sides of his brain could find common cause. Here's my understanding of how it works. AR is based on an algorithm of contrasting hues within the image itself, not on hidden code or anything like that. AR doesn't take you to a website, it creates new additional images before your eyes. To make this happen, Leighton designed his own app, which turns your device into a viewing portal into what it is tempting to describe as a parallel universe. Many months and months of an incomprehensibly labor-intensive process resulted in an innovative and proprietary interface. Having downloaded this (free) app, when you point your device's camera at one of his prints, on your screen you see a whole new -- augmented -- version of the picture. He animates elements of the image, adds special effects, embeds short digital films, and all sorts of things, each different and always a trip. 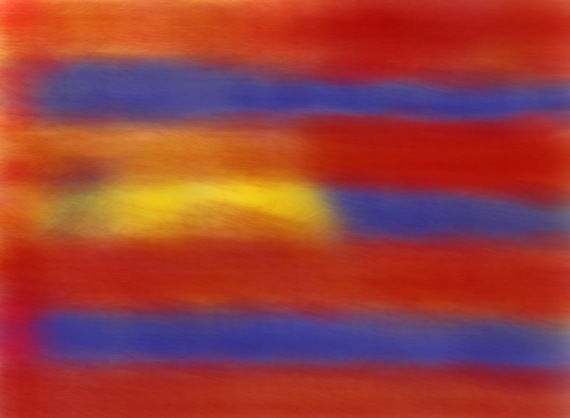 Even trippier, Leighton doesn't think of these as individual pictures with their own AR content. Instead, he sees himself as making a feature film based on his drawings but that exists entirely in the AR cloud realm; of the prints as being akin to film stills, captured from the action; and of the app-based access as a distribution model for movies made in this way. He further envisions this model as a geocoded, interactive "space" where art literally brings people together from all over the world in a game-theorist's paradise of quantum simultaneity. And somehow all of this futurism is contained within the purview of painting and drawing. If mechanical reproduction can not only preserve, but actually generate a literal aura in works of art, that might blow even Walter Benjamin's mind. 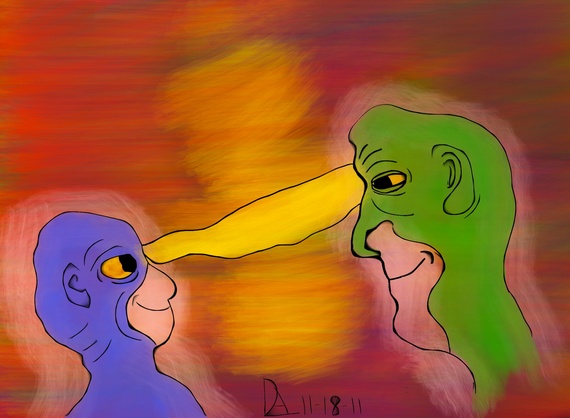