Daniel Radcliffe channeled Allen Ginsberg with his tortoise-shell glasses and academic jacket while filming "Kill Your Darlings" in Brooklyn Monday. The 22-year-old stars with Elizabeth Olsen (as Edie Parker) and Ben Foster (as William Burroughs) in the Beatnik flick slated for release in 2013.

"Kill Your Darlings" is the second feature-length film Radcliffe has worked on since wrapping up the "Harry Potter" series one year ago. Radcliffe also took a darker turn in the period thriller "The Woman In Black," released in early February of this year to little noise. 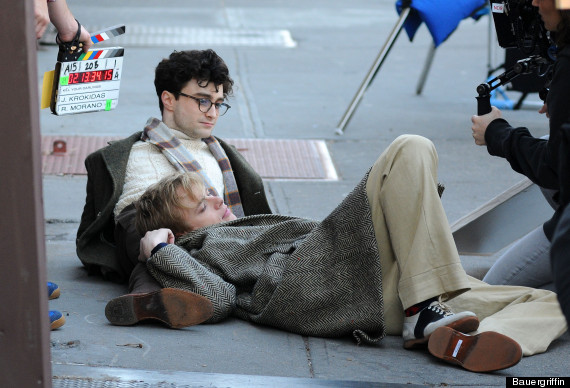 Check out all photos of Daniel Radcliffe as Allen Ginsberg Monday morning: