“Sorry if I sound out of breath,” a panting Daniel Radcliffe told HuffPost on the phone recently. “I accidentally didn’t notice that I got out on the wrong floor of the building I’m staying in and fully just ran into somebody else’s apartment ... thinking that it was mine.”

“Luckily they weren’t in there. I suddenly just sort of walked in and said somebody’s done something ... and where are all my things? And then just fully sprinted out of the room in blind panic,” he added.

Radcliffe hasn’t had much time to catch his breath lately. In addition to rushing to our call, the actor seems to be constantly taking on new projects, like starring in the upcoming TBS series “Miracle Workers” along with Steve Buscemi, which he called a career highlight. He’s also producing “Circus Kid,” a documentary now streaming on AMC Network’s video service, Sundance Now, which tells the real-life, unique and heartbreaking story of a kid who grew up in a circus.

That circus kid was actually actor Lorenzo Pisoni. Radcliffe told us he and Pisoni struck up a friendship while the pair were in “Equus” together on Broadway.

“I can probably tell this story now because at the time my parents didn’t know that I smoked, but they do now,” he said. “At the time when I was in theater, I would sneak up to Lorenzo’s room and ask if I could jump out on his fire escape to smoke. Again, maybe I shouldn’t be saying this.”

Pisoni wasn’t smoking, Radcliffe clarified. “He was literally like, ‘Yeah, fine, you can use my fire escape.’ I had had my first cigarette before that, but I won’t say when. I will spare my parents’ retroactive disapproval.”

After Radcliffe learned Pisoni grew up in the circus, the former “Harry Potter” actor couldn’t stop pestering his co-star about it. Radcliffe eventually attended an early version of Pisoni’s show, “Humor Abuse,” in which he told the story of his childhood. That sparked the idea behind ― and eventually led to the creation of ― “Circus Kid.”

“He’s had this incredible life, but he’s incredibly grounded and has a level of self-awareness that is not always common in people that kind of know they’ve had extraordinary lives,” Radcliffe said.

And as far as growing up in a circus goes, he can relate.

Radcliffe recalled a moment he and Pisoni were onstage for “Equus” during a preshow check and both of them were above a grate where a smoke machine was being tested. “Now, I would assume that to most people the smell of onstage smoke would not be pleasant, but this puff of smoke came up and both me and Lorenzo went, like literally in sync, looked at each other, and went that is the smell of my childhood,” he said.

To Radcliffe and Pisoni, the smoke was “weirdly nostalgic,” though for different reasons.

“Lorenzo was backing trucks up and parking like massive 18-wheelers when he was 12, 13 years old. I wasn’t doing that, but I was doing other weird shit,” said Radcliffe. “I think there is a lot of common ground there, and I think we both recognize that, yeah, our childhoods are weird, but we also wouldn’t have had them any other way. We loved them and they made us the people that we are.”

Indeed, “Circus Kid” depicts some difficult and heartbreaking moments from Pisoni’s life. And Radcliffe has likely had his own share. As “Harry Potter” casting director Janet Hirshenson told me, he got the title role because other contenders were “not going to have the balls” for it.

“I don’t know what that means,” Radcliffe admitted, reflecting on Hirshenson’s words. “I’m really grateful for [them],” he added. “I like to think I sort of kept that attitude for my career even if I didn’t know I had it when I was 10.”

The actor has his own explanation for why he was right for “Harry Potter.”

“The thing that I will always say about myself is I was not the most gifted child actor. When I look at other young actors, like when I look at the kids on ‘Stranger Things’ or shows like that, I’m just like, ‘Holy! My god! How are you doing that?’ It’s amazing,” he said. “The thing I think I really was good at, and the thing I had, which was a huge advantage for me, was I just loved it.”

“I loved being on set. I was good at being on set,” he continued. “I loved learning how to be helpful. The greatest thing about being on set is you get to be part of a team. That’s the most special thing about it, and you get to feel like with everyone else you are making this thing together, and I loved that feeling straight away. I think that was definitely what made me a great fit for those films.” 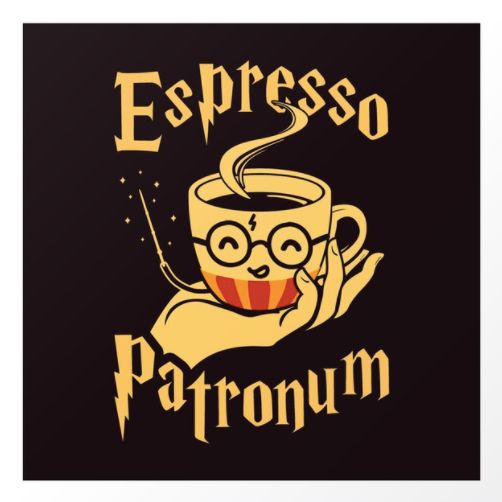