Daniel Radcliffe will definitely (maybe? we hope?) be in Judd Apatow and Amy Schumer's "Trainwreck." Fans had been speculating about a Radcliffe cameo in the Schumer-written film, and photos of him walking nearly a dozen dogs near Bryant Park in New York on Monday all but confirm that he'll appear. He was later seen filming a scene with said dogs and Marisa Tomei. Judd Apatow was also on-site, posing for the paparazzi.

Apatow is directing "Trainwreck," which already has a star-studded cast including Schumer, Tilda Swinton, Brie Larson, Bill Hader, Mike Birbiglia, LeBron James, Method Man and Ezra Miller. The plot has been kept under wraps, but Universal has it slated for a July 2015 release. 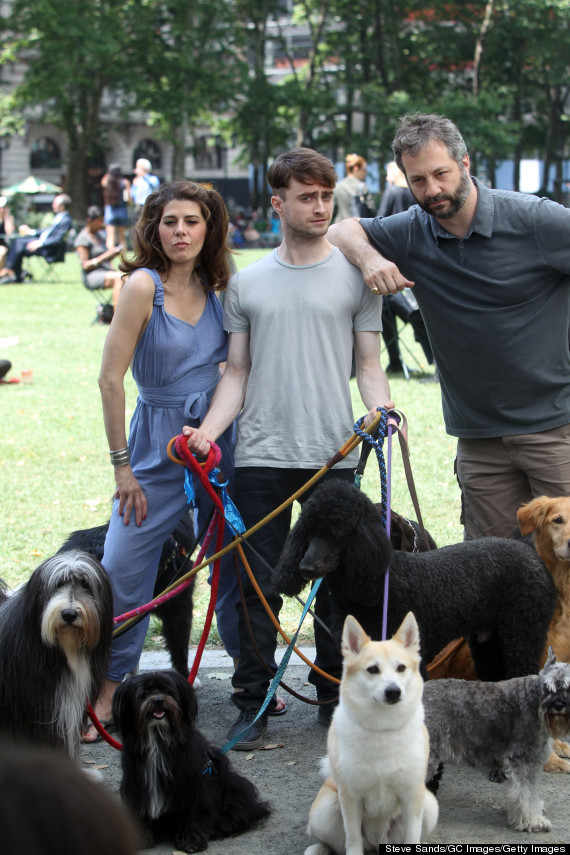 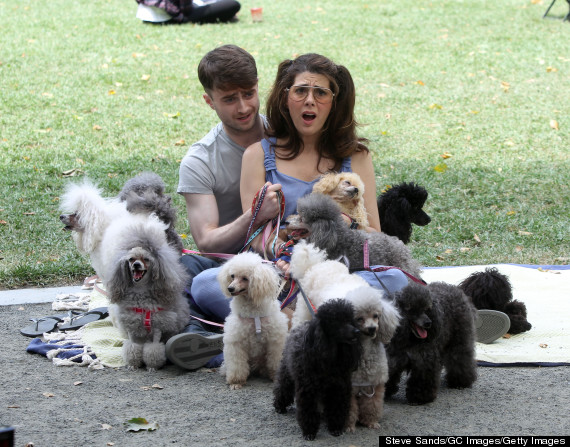 Apatow joked that Radcliffe was just walking his dogs (hehe, good one!), but we know better. (We think?)

“@danradcliffecom:Dan to cameo in Trainwreck?
READ: http://t.co/gGW5o43HIB pic.twitter.com/D2XcNoHeEU” Not true! He was just walking his dogs