Inside, according to the OUT press release,

Radcliffe also became a clear ally for the LGBT community by speaking out against homophobia and filming a public service announcement for The Trevor Project, a leading organization dedicated to preventing suicide among LGBT youths. "When I got to have a tour of the New York [Trevor Project] call center, my admiration for the project, but also for the place and the people, tripled," Radcliffe said of his involvement. "The systems they have in place, the actual way the call center works on a practical level, is so brilliant and efficient. It's something I'm very proud to be able to be involved with."

Radcliffe allowed Out to sit in on his recent conversation with Our Lady J as the pair talked about the upcoming--and final--Harry Potter film, the thrills and potential hazards of dating when you're one of the world's most recognizable bachelors, and why Radcliffe is earning big points from the trans community. 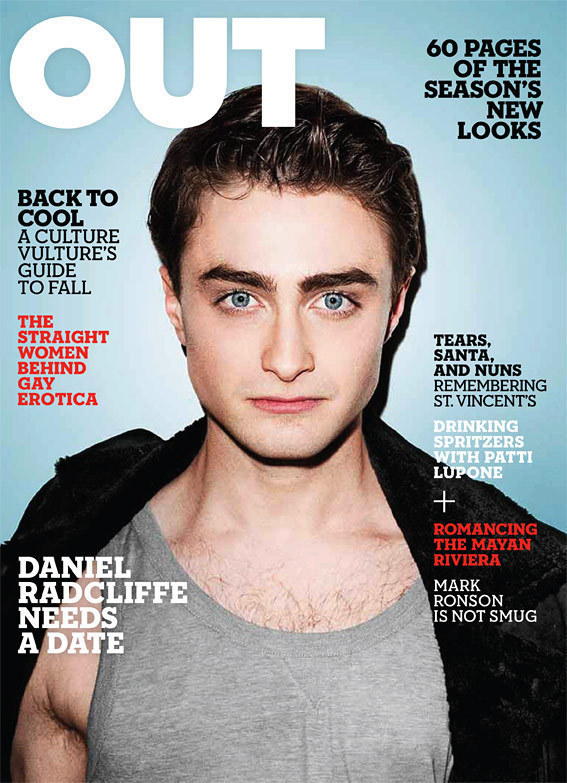