It’s not uncommon for people to be arrested while wearing an ironic T-shirt (like this guy), but what about having an ironic name?

That’s what happened on Saturday in Butler County, Pennsylvania, when police pulled over a suspected drunken driver named Daniel Sober, according to WTAE TV.

Court documents said he told officers he had just dropped off his girlfriend so she could check on her son.

Officers said they smelled alcohol on Sober, 44, and gave him a portable breath test.

He was charged with drunken driving and careless driving, according to The Smoking Gun.

Sober was later released on his own recognizance and is scheduled to appear in court on March 20. 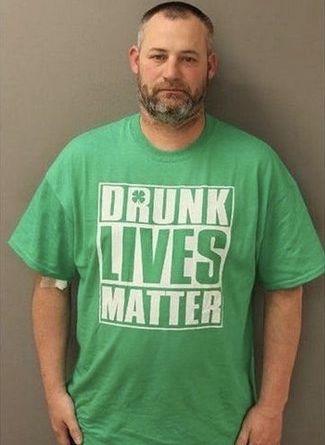