NOTE: David Broom, attorney for the prospective adopters was contacted for a comment on this case but did not reply by press time. Mr. Williams - who found me through social media and contacted me because of my previous coverage of contested adoptions - is under a gag order not to reveal the names of any of the other parties in this case. I twas thus unable to contact the mother or her family for their comments. This is, therefore, Daniel Williams' story. 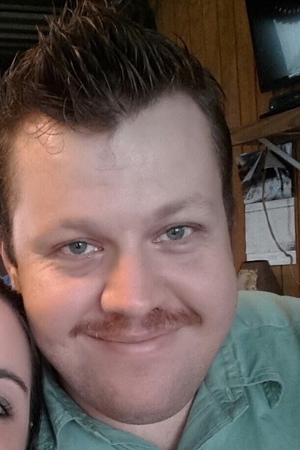 It has been three years. Three years and thousands of dollars in legal fees. Three precious years in the life of a little boy. Daniel Williams' fight for his son has been heard in Mobile County Alabama Probate Court, the Court of Appeals, and the Alabama Supreme Court... and is currently headed back to the Court of Appeals.

In the meantime, while this "undisputed father" - according to court records - fights for his son, Xander, the child resides with unrelated would-be adopters in a pending adoption Daniel never consented to or even knew about.

Daniel and Xander's mom were married at the Tuscaloosa court house on January 26, 2011. Their first son was born September 1, 2011. It is their second son, Xander, born two-and-a-half years later that is the center of this legal battle.

Adoption requires the consent of both parents, however, unmarried biological fathers must not only establish paternity, but also demonstrate a commitment to parenting the child. Because Xander was born while his parents were legally divorced but "reconciling" according to Daniel, his legal status became that of an unwed father. As such, he was required to register with the state's Putative Father Registry - a legal hoop created by the mega-billion-dollar adoption industry which, if it were properly named, would be a punitive father registry.

Broom took over from their previous attorney, Donna Ames, the Alabama adoption attorney with a website designed to appear to be that of an adoption agency to lure mothers in, and who is involved in at least one other publicized contested adoption.

Daniel was deceived and led to believe his son had died. Court records indicate that Daniel's ex-wife fabricated their son's death and produced a falsified death certificate in order to facilitate the adoption without giving their son's father a chance to object.

In addition, that lie kept Daniel from registering as the father in an adoption proceeding that falsely claimed the father to be "unknown."

The tale of Xander's mom and dad began many years prior. Daniel says:

We practically grew up together in Mobile Alabama. We went to the same church and our families were pretty close.

We started dating in 2010 after she finished high school, although her parents didn't approve of us being together. Our relationship grew in spite of her parents' disapproval. In December of 2010, we found out that we were going to have a baby...we were both really excited and scared at the same time. We got married in January of 2011, and from there, all hell would slowly start to break loose.

Her parents [repeatedly tried to] convince her to leave me.... Her parents didn't like me because I didn't come from money. I wasn't rich and had to bust my tail for the money I earned. They cut her off financially, cut her cell phone off, and took her vehicle away, all to try and influence her to leave.

In September of 2011, our first son was born. It was a happy occasion until her parents showed up demanding that I be escorted from the hospital or they wouldn't be part of our son's life. She refused, but they still showed up, but in larger numbers than just her parents. They tried to bribe her to come home, and when she didn't, they cut her off. They would send people by my mother's house, by our apartment, anywhere we were, trying to get her to leave with leave with them.

In December of 2011 she left me in favor of her parents, who are people of means in Mobile. I was working a part time job locally after she left, and I was under the impression that we were going to work things out [until] a Mobile County sheriff's deputy served me with divorce papers. In May of 2012, our divorce was finalized. That same day, we met up at my apartment to talk and she told me that [her family] threatened her in order to convince her to divorce me.

We still continued to have relations regardless of the divorce decree. In late September or early October of 2012, we found out that we were expecting our second child. We got her on Medicaid for expecting moms. I tried my hardest to attend every doctor's appointment, and make sure that they were taken care of. I applied for food assistance with Mobile County, with her and our oldest son listed as dependents. She continued to use my last name as hers, we held each other out as spouses, and reapplied for a marriage license in March of 2013.

I was playing in a church softball game when she showed up with a pink bag with pink balloons, so I assumed that it was a girl which I wanted, but it was a prank, because inside the bag were boys' clothes!

When our second son Xander was born in June of 2013, I was out of town due to work. She called me two days after he was born and told me that our baby boy had died during birth as a result of an overdose of Pitocin, a labor inducing drug. After that, I took a job in Colorado, with a plan of us starting fresh, away from our families.

About a month or two later, I get a call from Donna Ames, a DHR worker, asking me if I was okay with my son being placed for adoption. I was confused and asked if she was talking about my oldest son, to wit she said no, that in fact, my youngest son was alive and was being placed with a family. I got back into town post haste and lawyered up, and have been fighting for him ever since. This has been nothing short of a nightmare! There are nights that I can't sleep and other times that all I can do is just cry myself to sleep thinking about it...all I am looking for is a fair shake at raising my son, a chance to teach him how to play sports and how to hunt and fish. 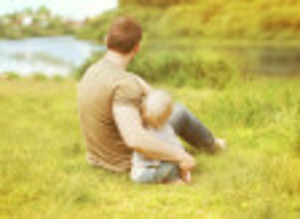 For three years this case has bounced around Alabama courts trying to determine if Xander's mother and father were common-law married at the time of Xander's birth in view of the fact that the child's mother used Daniel's last name, Williams, for Medicaid and food assistance. Three years arguing over this, while an innocent child is deprived his father. On July1, 2016, the case was remanded back to the appeals court with a ruling that their marital status didn't matter because Daniel is Xander's "undisputed biological father" and he was defrauded of his constitutional parental right.

Justice Glenn Murdock called facts presented before the probate court "deeply troubling," saying that Xander's adoption was made possible by "a conspiracy of silence" and "the use of the state court system to help defraud this known father."

"Not only do his actions confirm [the father's intentions], but the mother's actions in concocting her deceit as to the child's death confirms that she believed the father was seriously interested in pursuing his relationship with his child and would not be in favor of the adoption. And, though I am not at all suggesting the adoptive parents share the mother's guilt as to the fraud she committed against the father, the adoptive parents nevertheless knew that the father was not 'unknown' when they filed their petition."

Meanwhile, Daniel and his former wife share custody of their eldest son and Daniel drives two hours each way to see him every other weekend and holidays.

Daniel, who has never seen his son, told me: "If it takes me going to the US Supreme courts for me to get my son back, then yes, I want it to go to SCOTUS..."

You can help Xander and Daniel by contributing to his legal fund.