As introduced here, Danielle Eubank recently completed an expedition to the Arctic Circle aboard the Antigua, a three-masted barquentine tall ship. She was one of 27 artists, scientists, and educators that sailed around the international territory of Svalbard, an arctic archipelago. She recorded what she saw, felt and experienced through painted sketches and photographs. This is a sneak peek at what Danielle brought back from the Arctic. Some of these images will be shown here.

These images are raw and startling, startling not just in their majesty but also in the point of view they offer. They put you in the artist's line of vision, which she documents on a work on paper or in a photograph. Though some will become fully realized paintings, as standalones they're most interesting. You're there, just as she's there. Not just anywhere but on top of the world. 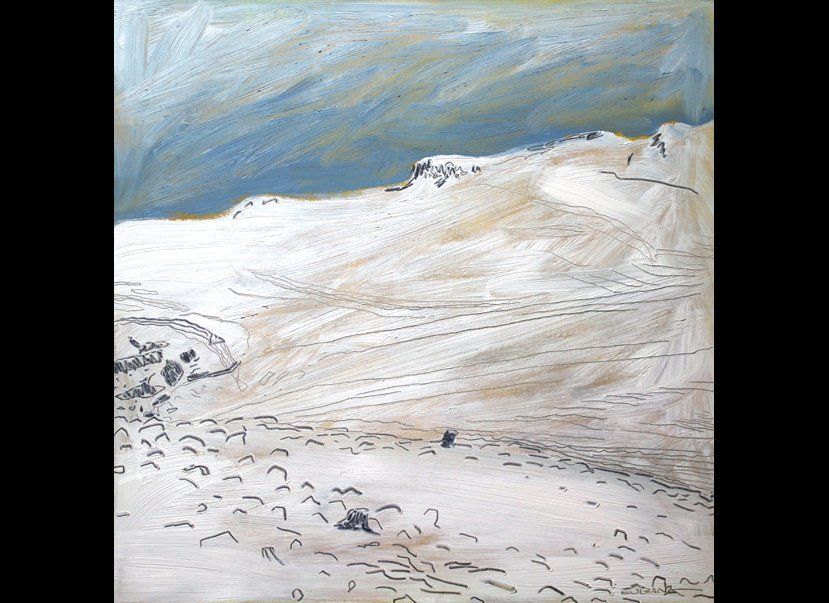