Green wore a pair of custom-made shoes -- one of which was emblazoned with the word “Stu,” the other with the word “Booyah,” a trademark phrase of Scott’s during his time as a SportsCenter anchor. 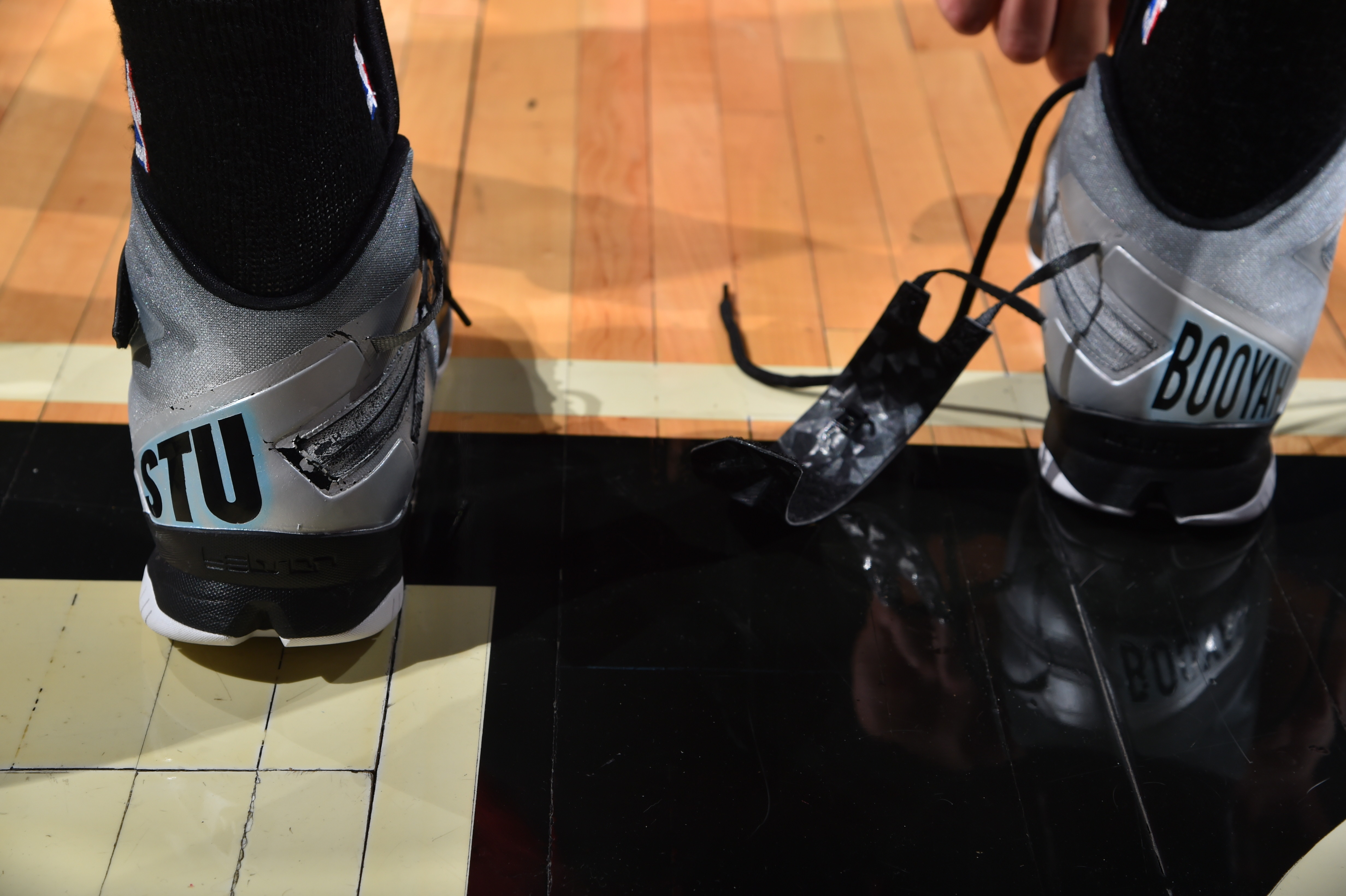 Scott died in January after a long and public battle with cancer. Just six months before, while accepting the Jimmy V Award for Perseverance at the ESPYs, Scott explained his philosophy behind fighting the disease that would eventually kill him.

"When you die, it does not mean that you lose to cancer,” he said. “You beat cancer by how you live, why you live, and in the manner in which you live."

In an Instagram post around the time of Scott’s passing, Green shared a photo of the two of them talking in the Spurs locker room.

“Still so hard to believe, one the greatest people I've ever met is gone,” Green wrote in a caption accompanying the photo. “[A] guy I've looked up to since I was a kid and hope I could be as special as he was to the world one day.”

Green said on Thursday that while he wasn’t especially close with Scott, he long respected the ESPN sportscaster, whose unapologetically untraditional style made him a trailblazer in the media industry.

“He brought a different kind of culture to the sports world," Green said. “He was somebody I looked up to from the day I met him."

Green went as far as to say that Scott was “the reason” he studied communications in school. Green and Scott both attended the University of North Carolina.

Here’s a closer look at the shoes: