"I was never afraid of the men," photographer Danny Lyon said of his time spent with Texas prisoners. "I liked them. And I had many friends inside the system that would stand up for me, dangerous men. Anyway, in my heart of hearts I felt I was doing something good for the men, and most of them knew it."

For 14 months in 1967, Lyon documented life at a variety of Texan prisons, capturing the hellishness of the environment and the humanity of the inmates. Almost 50 years later, Lyon's series "Conversations with the Dead" remains as haunting as ever.

Brooklyn-born Lyon has long dedicated his career to depicting outsiders, from the civil rights advocates in the the Student Non-Violent Coordinating Committee or the riders in the Chicago Outlaw Motorcycle club. For "Conversations with the Dead," Lyon set his eyes on the inmates of America, visiting seven penitentiaries throughout the Texas Department of Corrections and photographing six. He was granted unrestricted access to the prisoners by the Director of the Department, providing unprecedented proximity to some of the most feared men in the country.

Each of the locations provided a unique glimpse into the realities of prison life. Diagnostic was reserved for new inmates entering the system, while Ferguson housed young offenders from 17 to 21 years old. The Walls was the oldest prison in the Texas system, Ramsey got the less burdensome convicts, Goree was for women, and Wynne was for the elderly and mentally ill.

Ellis was reserved for the most dangerous prisoners. "Ellis was an awful place, so bad, that being sent there was used as a threat to convicts that were in the Walls, or on other prison farms," Lyon explained in an interview with Phaidon. Despite the depravity of the conditions they were forced to endure, the inmates were represented with dignity and respect through Lyon's lens.

Aside from being a portal into the bygone days of the prison system, Lyon's photos offer a grim reminder of the problems the prison industrial complex face today. As photographer Pete Brook, the man behind "Prison Obscura" explained in an earlier interview with The Huffington Post, the history of prisons in this country has not been one of progress, but of decline. "No society in the history of mankind has incarcerated so many of its citizens than the U.S. today, now," he said. "We need to disassemble the notion that prisoners are different. They are us and prisons are ours. It might not seem like prisons are part of our society, but they are. So we need to be conscientious consumers of images."

Lyon's images are an echo of an earlier time, a time when uniforms were white and Dr. Martin Luther King, Jr. was doing time. But the photos also serve as a dark omen, of a prison-industrial complex that would only grow more hungry, more unjust, more powerful. "The prison changed me a lot, and not in the way I could have predicted," Lyon said. "There is an expression about dope, 'Once the needle goes in, it never comes out.' I never really shook the Texas Prison off."

Photos Of 1960s U.S. Prison System Attempt To Show That Inmates Are Us
Prison Obscura 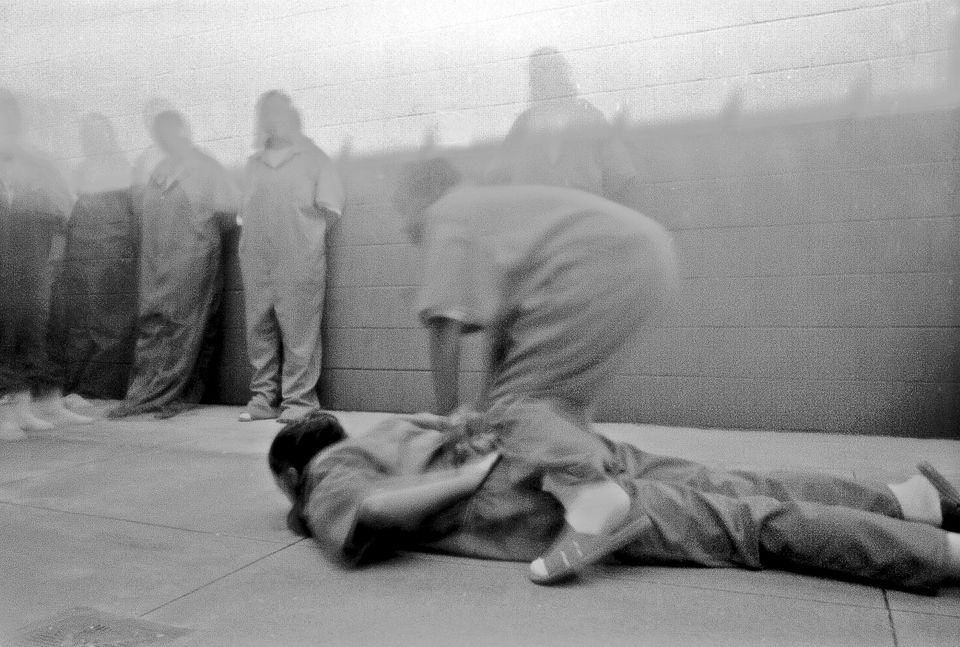