"Empire" is easily one of the most progressive network shows on television. It's been a pioneer in bringing (almost all) black actors to lead roles while setting new standards in LGBT and mental health representation. So, when you imagine the face behind it, Doyle from "Gilmore Girls" (a.k.a. Danny Strong) is an unlikely image.

"He's the voice of black America," Amy Sherman-Palladino said sarcastically during the "Gilmore Girls" reunion at the ATX Television Festival on June 6. "The community finally found someone to speak for them: Danny Strong!"

Strong laughed politely from across the stage. Although, during an interview with The Huffington Post at the Roaring Fork restaurant in Austin, he bristled when asked about how he checks his privilege in crafting these characters. 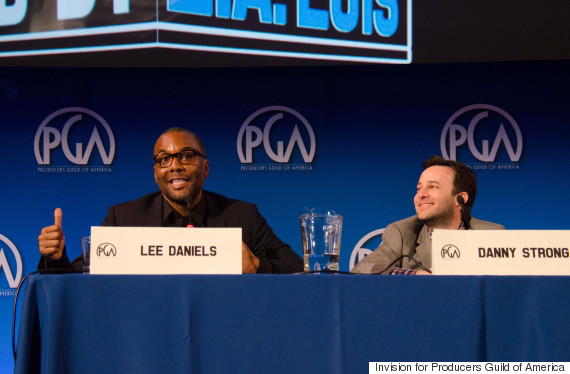 "I write characters of every race, gender and sexual orientation. I write some characters that are animals. That's just my job," he said, grimacing as he looked up from his phone. "To me, writing 'Empire' is not more difficult than Sarah Palin [in 'Game Change']. ... I mean, I'm not a Republican from Alaska."

As a middle-aged white man from Manhattan Beach, Strong doesn't directly address any specific challenges of building authority or credibility in creating a series about aspects of the black experience, let alone writing the fictional roles that portray them. Instead, when he talks about the tasks of writing for "Empire," Strong mentions only transitioning mediums.

"It's difficult writing episode after episode, as opposed to a self-contained movie," Strong said. "I don't really know what was the most challenging. It's all the same process for me."

The reality is there are straight, white men behind the overwhelming majority of TV shows. Still, it's a bit unsettling to hear how Strong came up with "Empire." The show is so groundbreaking, series writer Wendy Calhoun said during ATX, that she was warned: "If ['Empire'] fails, they're not going to let another all-black show on television for 20 years." And yet the idea is credited to a white guy realizing he likes hip-hop.

"It's so random how it came about," Strong told moderator Jarett Wieselman during the "Empire" panel. "I was driving in a car in Los Angeles ... and there was a story on the radio about Puffy and some deal that he closed. I don't remember what the news story was, but hearing the news story, I thought, 'Hip-hop is so cool! I wanna do something with hip-hop!' That was literally my mind set." 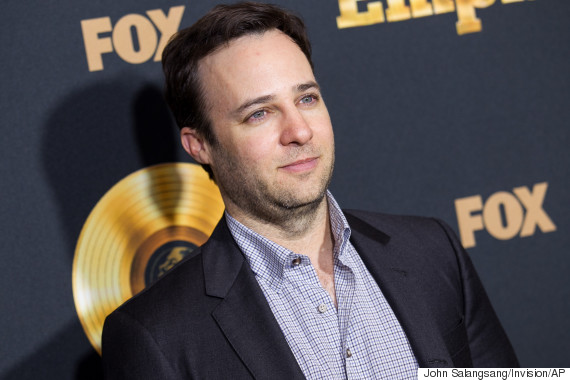 Strong started writing when he was 25, after he'd spent some time as Jonathan Levinson on "Buffy" and before he landed the role of Paris Geller's boyfriend and budding journalist Doyle on "Gilmore Girls." Hoping for a lead role, he wrote a film for himself to star in. It was a dark comedy about two guys who try to kill an old man to get his rent-controlled apartment. Nothing came of it, but he liked the process so much he decided to pursue a career separate from acting.

His first actual writing job came with "Recount," a film which met detractors citing his roles on "Buffy" and "Gilmore Girls." "It was just what people used when they wanted to attack the movie," Strong said, clarifying that, for the most part, his primetime character acting has been a non-issue in finding writing jobs.

"In the writing community, if it's on the page they're into it," he added. "You have proof of your abilities, or lack of, with the script. So, having the acting background didn't hinder me at all." 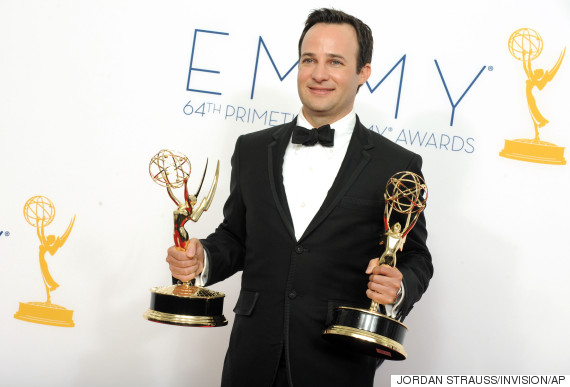 Strong, who turned 41 the day of the "Gilmore Girls" reunion at ATX, has now gone on to work on several major projects including crafting the screenplay for both of the "Hunger Games: Mockingjay" movies and, more importantly, "The Butler," which led Strong to work with Lee Daniels and eventually partner with him on "Empire."

Strong explained that he originally thought of the show as a movie "with a father who was a Jay-Z-Puffy-esque hip-hop mogul" and then applied Shakespearian archetypes to the narrative. "The whole concept flooded into my head in about 30 seconds," he said.

He was in post-production on "The Butler" at the time and decided to pitch the idea to Daniels as a musical movie, noting he "had it mostly worked out" by the time Daniels was on board. Daniels liked the idea, but thought it would work better as a TV show.

"We instantly started talking about 'Dynasty' and 'Dallas,' and if we could do a black 'Dynasty,'" he said. "So the only thing that's pretty interesting about this is that literally 'Empire' was created from every single first idea that happened spontaneously. So, it was, 'We should do it as a TV show!' "Yeah, we like 'Dynasty'!' 'Yeah, that's what I was thinking, like, a black 'Dynasty'!'" 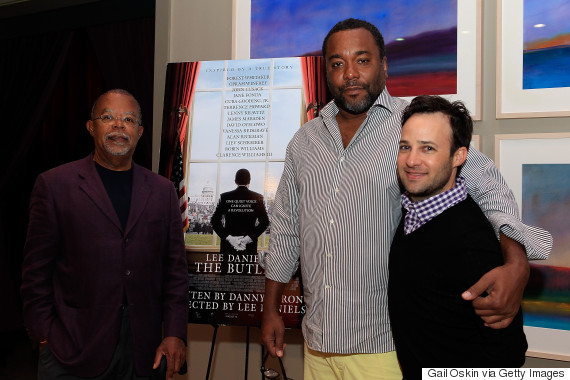 When speaking with HuffPost later that day, Strong mentioned that he had since "done research" to be able to represent the black community. But inevitably, there are certain things he must address when his perspective feels, at the very least, out of place.

One such example popped up during the aforementioned panel, when Strong addressed Terrence Howard's comments that "Empire" characters "don’t say n--" on the show. "It's not a documentary about hip-hop," he said. "It's a soap opera that takes place in the hip-hop world."

It's clear the saving grace comes is the writer's room, an area where Daniels has been proudly vocal about diversity (most recently pressuring his peers to consider the range of their staffs during a panel conducted by The Hollywood Reporter). 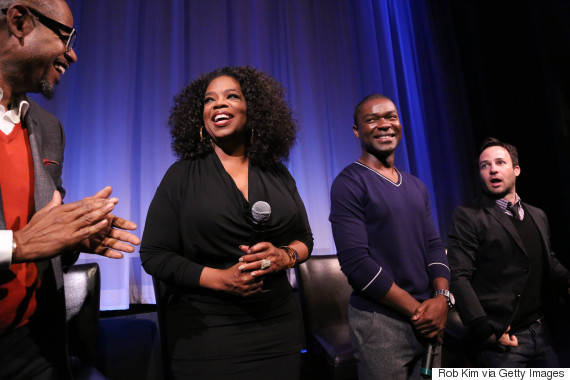 While Strong is a straight, white man, perhaps best known in the mainstream for running the Yale Daily News, his concept for such a powerful black show is brought to life by a diverse group of people behind the scenes. There is a wide range of voices working on each script. And, as Wieselman noted, with the exception of one (written and directed by Strong), every episode has been credited to a writer or director of color, sometimes both.

"Is it diversity when it's almost entirely African Americans?" Strong asked (to silence from the audience).

"It is mind-blowing," Calhoun chimed in. "You have to understand, for me, up until 'Empire' I was usually the only black writer in the room for the most part. So, for years, I was carrying that torch." 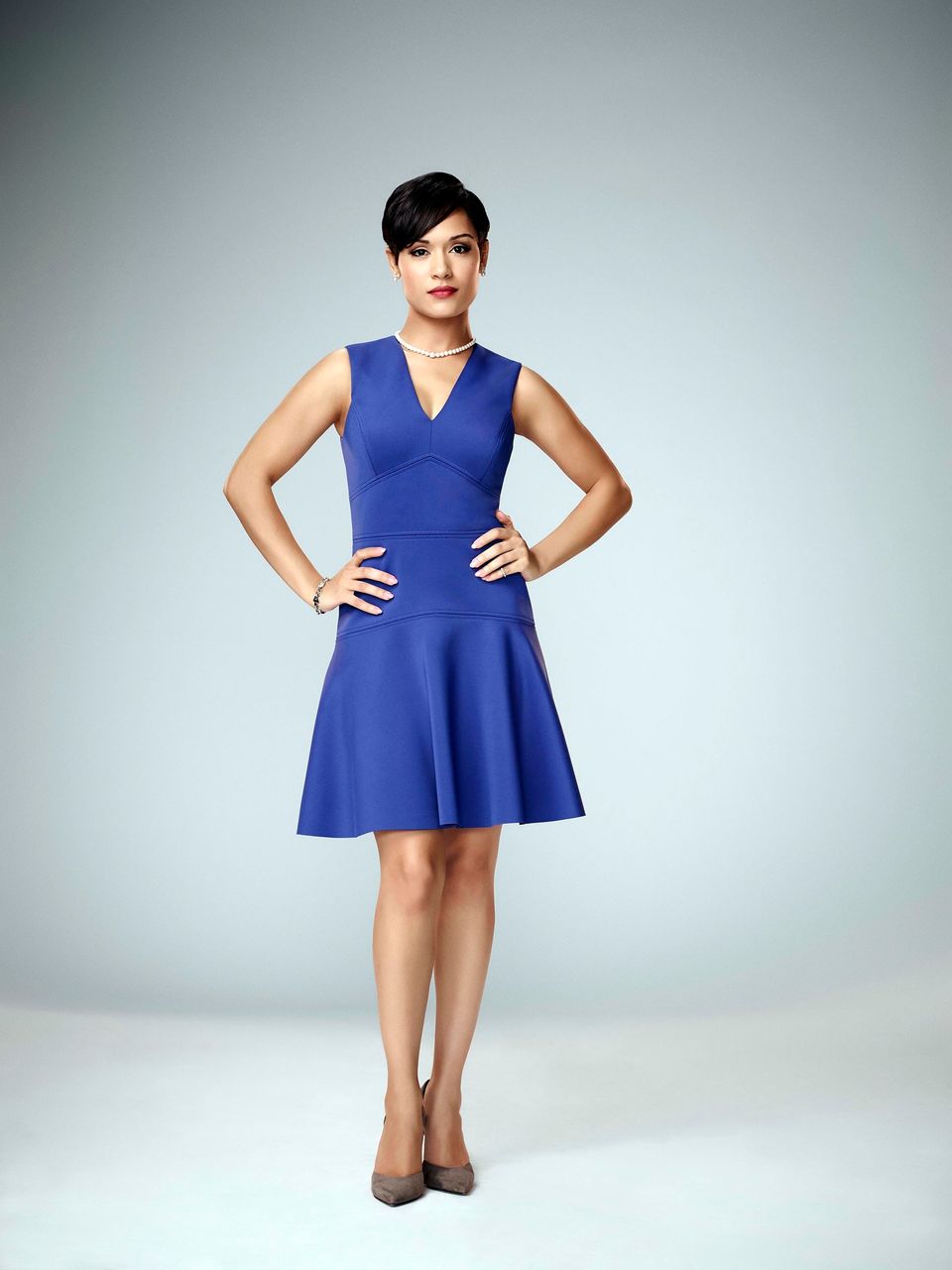