Friends of Dante de Blasio took advantage of his new standing as the mayor's son Thursday, asking the 16-year-old on Facebook whether his dad was going to cancel school: 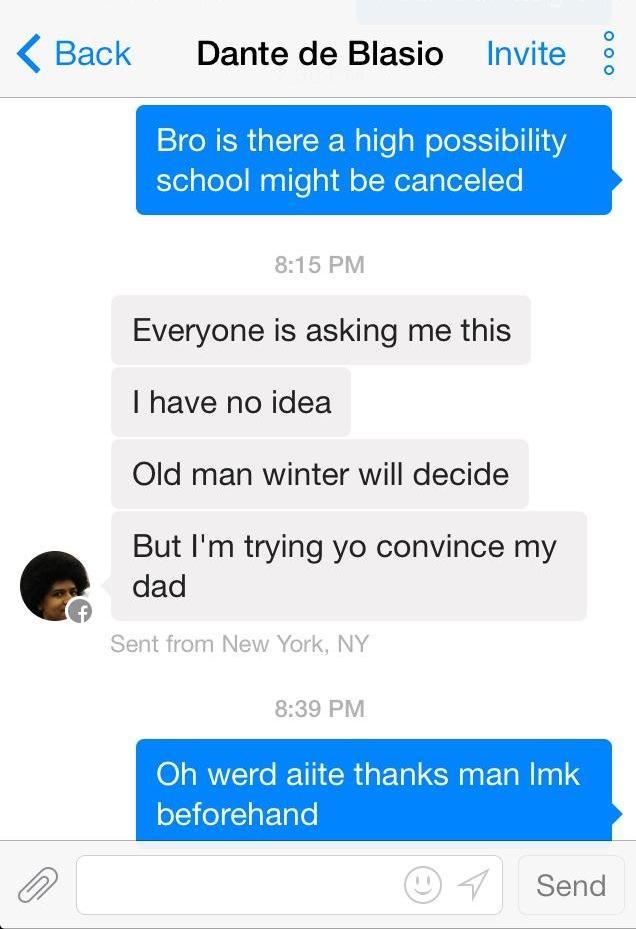 Other students reportedly asked Dante to lobby his dad for a snow day.

Chirlane McCray, Dante's mother and the new First Lady of New York City, saw what Dante was up to:

What Dante will be doing if he does not go to school tomorrow. pic.twitter.com/hizkGImhaD

As of this writing, the mayor was the only de Blasio seen shoveling snow outside the family's Park Slope home:

But Dante's likely not off the hook:

BdB on why he, not Dante, shoveling. Dante gets the walkway, Dad the sidewalk.

Also, apparently being the beloved teenage son of the New York City mayor in 2014 means your every move will be documented on social media.

Anything Dad can do, Dante can do better! @deBlasioNYC son finishes shoveling in BK pic.twitter.com/u8SImDqJCy

[VIA The New York Times] 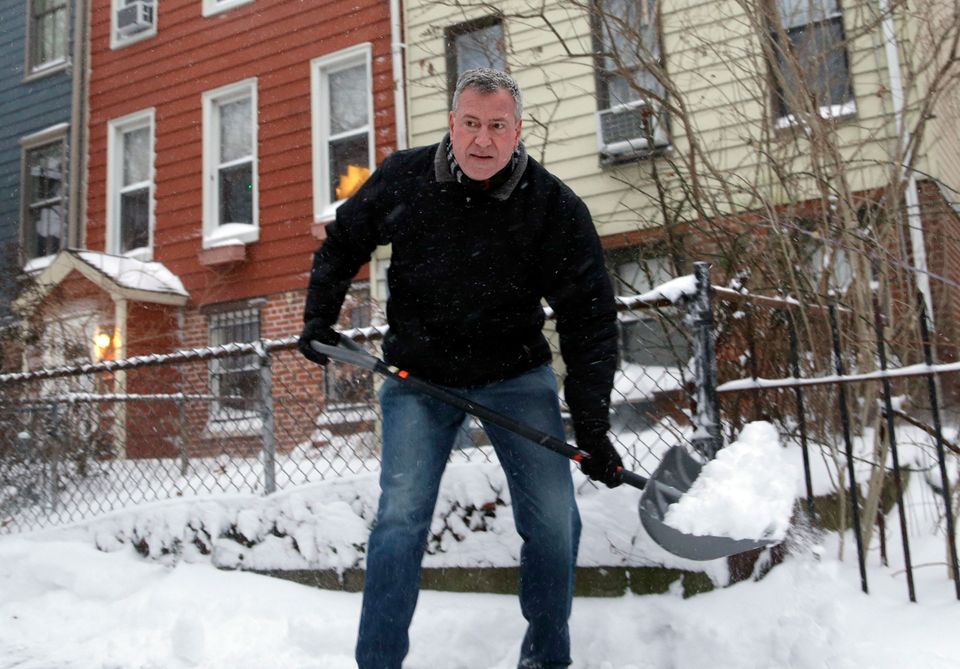 1 / 29
Bill de Blasio
New York City Mayor Bill de Blasio shovels the sidewalk in front of his house in New York, Friday, Jan. 3, 2014. New York City public schools were closed Friday after up to 7 inches of snow fell by morning in the first snowstorm of the winter, and it the first test for the new mayor hours after he was sworn in. (AP Photo/Seth Wenig)
AP