Daphne Guinness opened up to Harper's Bazaar about curating an outfit, why she won't borrow clothes and her relationship with French philosopher Bernard-Henri Lévy. She told the magazine, "He is quite obviously the love of my life. My greatest sorrow has been the unresolved question of the state of our relationship."

Guinness says that had someone told her five years ago that she was going to fall in love with Lévy, "I would have said you were out of your mind, because I don't date married men. It's not like I haven't had other offers." Yet now she is aware of the peculiar predicament her heart has landed her in. "It certainly doesn't make me feel good to hurt anyone," she says, "but when things are real, and when there is bound to be collateral damage, you have to look at what's most precious. And that's love." Has it been worth the pain to share so much of her life with a married man? To threaten the sanctity of someone else's marriage? "I realized the other day that there is no wrong when love is involved."

Check out a photo by David Bailey and read the rest at Harper's Bazaar. 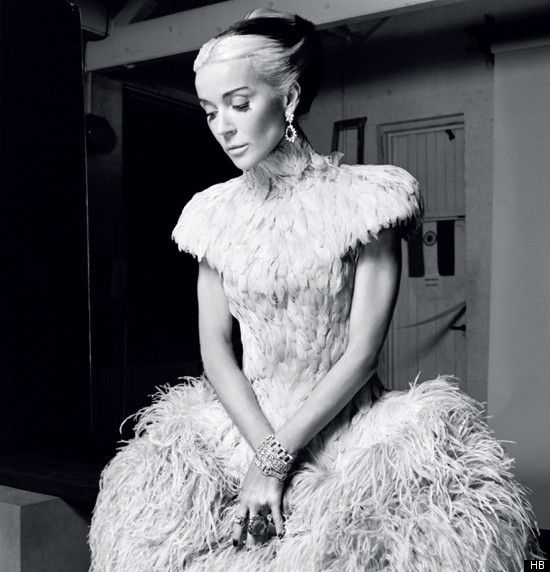 Voting Made Easy
Register to vote and apply for an absentee ballot today
Register now
More:
StyleFashionBernard-Henri Levydaphne guinness
Newsletter Sign Up
An essential daily guide to achieving the good life
Subscribe to our lifestyle email.
Successfully Subscribed!
Realness delivered to your inbox