Is "Weight Watchers" by Dara-Lynn Weiss, a mother who put her 7-year-old daughter on a diet, really "the worst Vogue article ever"? According to Jezebel, it is, and the author deserves the backlash she's faced over the past week, all of which is about to be magnified. Weiss, a Manhattan socialite, has landed a book deal, Mediabistro's GalleyCat reports, and the tentative title is perhaps as controversial as the original article: "The Heavy."

In the piece, featured in Vogue's "Shape" issue, Weiss recounts what it was like to realize her young daughter "had grown fat." Given that childhood obesity is a growing epidemic in America -- according to the CDC, it's tripled in 30 years -- Weiss's concern with her daughter's health isn't what's drawn attention. Several bloggers question her methods, including Babycenter's Britni Danielle who points out that "Weiss took things to the extreme, sometimes refusing to give her daughter dinner and often becoming irate when she ate 'bad' snacks."

In her scathing indictment of Weiss's article, Jezebel's Katie J.M. Baker also points out that it's alarming to see Weiss exposing her daughter, in a detailed essay, complete with posed portraits of mother and daughter in designer clothes. "The ickiness of the essay is only overshadowed by the accompanying photos, in which Weiss and her now-slender daughter -- who even Weiss admits is traumatized by the events of the past year -- don miniskirts and giggle girlishly over tea," Baker writes.

The diet Weiss chose for Bea, Dr. Joanna Dolgoff's "Red Light, Green Light, Eat Right" method, is generally touted for being similar to Weight Watchers' simple approach -- a red light for foods you aren't allowed to eat, green for those you can. But Weiss describes the personal agony that went along with her daughter's yearlong adherence to the program. "Everyone supports the mission, but no one seems to approve of my methods," she admits and then goes on to mention her own exhaustion: "It is grating to have someone constantly complain of being hungry, or refuse to eat what she's supposed to, month after month."

Baker was surprised to find that Bea's point of view was mentioned at all, in the midst of her mother's rant. Weiss wrote:

"For Bea, the achievement is bittersweet. When I ask her if she likes how she looks now, if she's proud of what she's accomplished, she says yes ... Even so, the person she used to be still weighs on her."

A blogger on NYMag.com's The Cut pinpoints why the article has tugged at so many parents' heartstrings. She, too, has a 7-year-old daughter and wrote her response under the pseudonym Mom De Guerre because she says she would never put her child's well-being at stake the way Weiss has. "I can attest to the ways in which children are a mirror for our worst fears about ourselves," she writes. And Mom hopes that if her children ever do face a weight issue, she'd approach the issue in a similar vein as HuffPost blogger Janell Burley Hofmann -- an honest, self-accepting response.

Now, with a memoir on the horizon, Bea will forever be the subject of "an experience that epitomizes the modern parenting 'damned if you do/damned if you don't' predicament." To this, Gawker's Emma Carmichael says, "Indeed. You are certainly damned if you don't destroy your kid's self esteem forever and publish it in a magazine dedicated to defying anorexia."

The Cut blogger points out one sarcastic upside: At least when Bea is in therapy in down the road, "she won't have to waste those early sessions explaining herself because she'll just be able to hand over that article and say, 'SEE WHAT I HAD TO DEAL WITH?'" 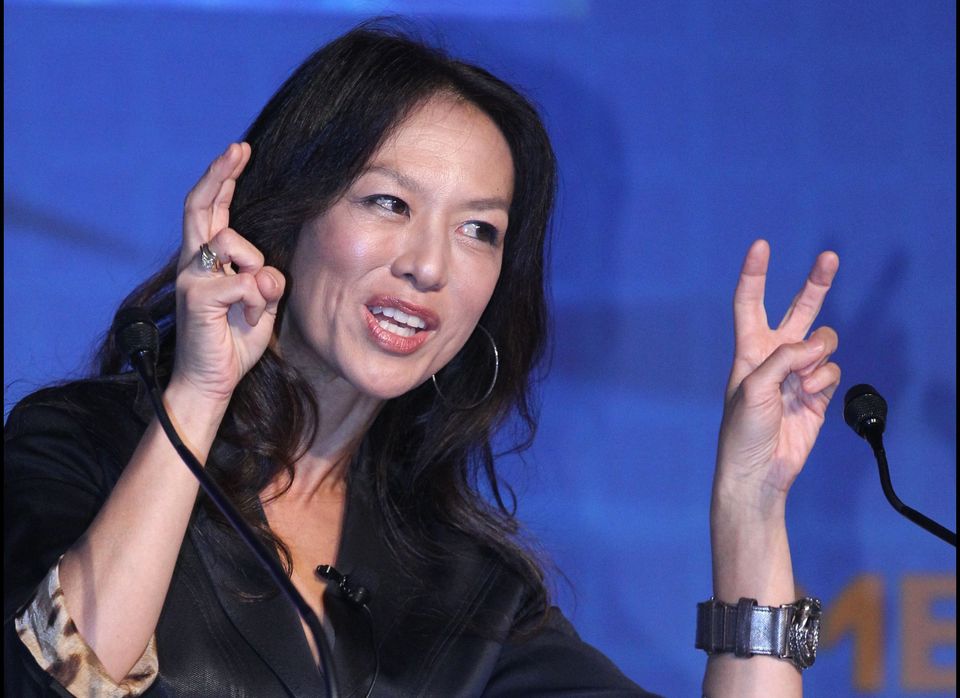