What some find silly others don't think twice about. When an animal is in danger, people will go to heroic lengths to rescue them. In fact, a majority of people say they would risk their lives for their pets.

From famous animal crusaders like Ric O'Barry to local firefighters, here are examples of people risking it all for not only their own pets, but animals they've never seen before, and even wild animals. Would you do the same for an animal in distress? 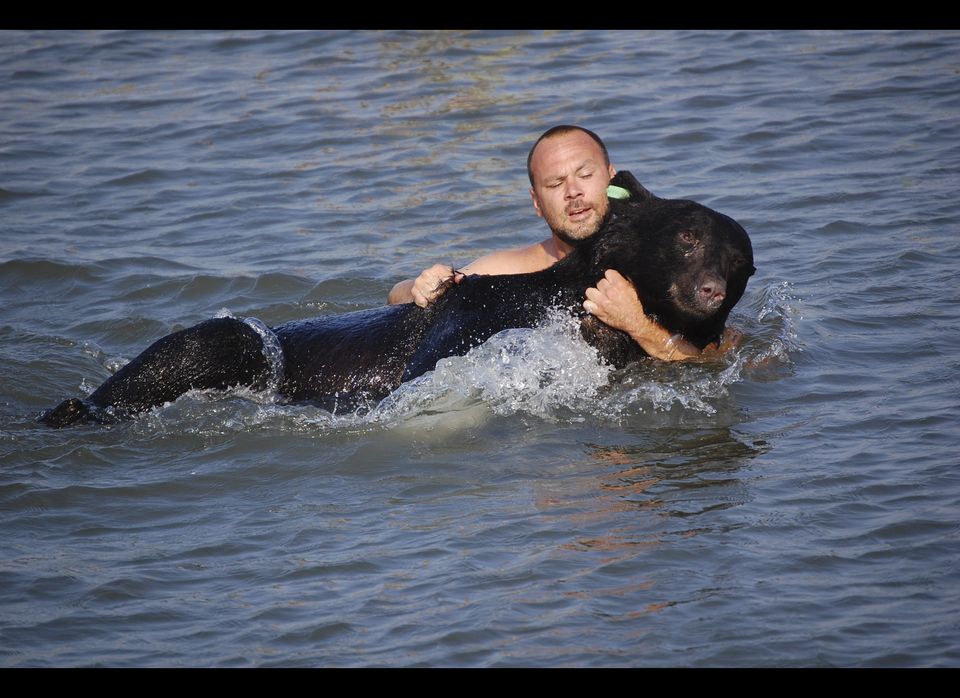 1 / 8
Wildlife Officer Rescues Drowning Bear
When a bear shot with a tranquilizer dart bolted into the water by a Florida neighborhood, it wasn’t long before it began to struggle against the effects of the dart. When wildlife biologist Adam Warwick saw what was happening, he raced into the water after the 375-pound bear and <a href="http://www.treehugger.com/files/2008/07/drowning-black-bear-rescue-saved-photos-video.php" target="_hplink">pulled him to safety</a>. The bear was later released into a preserve.
AP