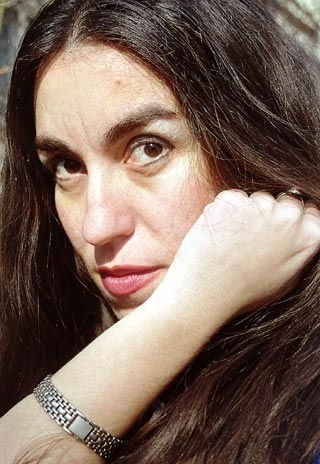 The kinds of stories we are willing to tell speaks volumes to the value placed on individuals within a society. To this point, IRT Theater presents USELESS, a new dark-humored drama about human trafficking by Saviana Stanescu, directed by José Zayas for a limited run, August 14-24, 2014.

What inspired the writing of USELESS, why did you decide to take on this subject?

Saviana Stanescu: In the last couple of years I have been very interested in exploring the topic of human traffic from poor/undeveloped countries. I know firsthand stories of people from Eastern Europe who were tricked into prostitution or other forms of human slavery. I have discussed with representatives of international humanitarian organizations and found out more details about the ways in which such human traffic networks operate. It's a topic that haunts me and I've always wanted to investigate it in a play.

(Actually, in a way or another, all my American plays explore similar issues: legal and illegal immigration, the lives of the underdogs, of the underprivileged, of the invisible global aliens that people tend to forget or ignore. Director Tamilla Woodard and I, for instance, are currently developing Enslaved, a devised-theatre piece about modern-day slavery, through an Audrey residency with New Georges.)

Sex traffic issues have already been tackled in many books, movies and plays. Organ traffic hasn't been as successful in getting artists' attention - to my knowledge. When the kidney-trafficking Jersey ring came to make headlines in the USA in 2009, I started to research this controversial subject and think about a new play I could write.

TIME: The black-market kidney trade is a growing problem -- the World Health Organization estimates that organ-trafficking accounts for five percent to 10 percent of all kidney transplants worldwide. So how do kidney sales work?

The organ market is largely made up of impoverished and desperate sellers, wealthy, ailing customers and predatory middlemen. (...)

"Payments eventually result in the exploitation of the individual," Francis Delmonico, a Harvard University professor, told the Wall Street Journal in 2007. "It's the poor person who sells."

That's how it all started for USELESS, the play. I got deeper into exploring the issue of poor people being treated as commodities. How does the "food chain" operate today in the "civilized" human world? Is it all about "eat or be eaten"? Are the consumerist society and the open market encouraging/perpetuating this? Is there only one little oasis of peace and comfort for each of us: the family? Can we really care about "the others" who are not part of our family, our group, our community, our race, our country?

In Romania, after the revolution and the fall of the Iron Curtain, I worked as a journalist. My first assignment was to write about the pulling down of Lenin's statue from the pedestal in the Free Press Square. Dramatic living and dramatic writing... news, articles, media commentaries, inspire me to write plays. I am interested in the larger picture of political/social/global phenomena and the ways in which they are affecting the individual, but I know that it's important to zoom in into the "small picture" of a personal story.

USELESS is a dark-humored drama that investigates the relationship between a couple involved in organ traffic (Kora, formerly sex-trafficked and pimped by her now husband, Chris) and Omy, a mentally-challenged young man from a poor country. Omy, the silent boy, affects Chris and Kora in a profound way, triggering unexpected outbursts and changes. He becomes a sort of mirror for their unfulfilled dreams, hidden fears and desires, and ultimately makes them connect on a deeper level. Or so we hope.

As in all my plays, I am not portraying people as villains or positive heroes, I don't like to think in binaries, dichotomies such as black-white or good-evil seem reductive and simplistic to me. I am trying to explore the human experience in its rich complexity, to see the light in the dark sides of the mind, and the darkness in the moments of beauty.

And ultimately, I am trying to say that human connection/love is maybe the only way to fight violence and evil acts, and to prove that humanity is meaningful, truthful, and USEFUL.

What has been the plays development process?

I wrote the first draft of the play in Lark's Playwrights' workshop, led by Arthur Kopit. The second draft of USELESS was the first runner-up for the 2012 Yale Drama Series Award.

We had developmental workshops and public readings at the Lark, EST, Queens Theatre. There also was a workshop presentation in London, directed by Prav MJ, artistic director at Liminal Space Productions.

Besides Jose Zayas, directors May Adrales and Dan Winerman helped with the developmental readings of the piece.

What have been people's reactions to the story?

Generally people feel that it's a meaningful story to be told. They are intrigued by the scenes that reflect characters' dreams and alternate reality as the play tracks their emotional journeys. I like to dramatize the inner reality of my characters not just the external one, to offer a glimpse into their subconscious.

What can an audience expect?

George Bernard Shaw is credited with saying: "If you are to tell people the truth, you better make them laugh, otherwise they'll kill you." My writing style is impregnated with the laugh and cry Balkan spirit, a sort of gallows humor that allowed us to survive centuries of hardships. So the audience can expect to laugh and to cry, not necessary in that order. Oh, they should also expect steamy, visceral, sexy scenes.

Tell me about your creative team? Working with Jose Zayas? Anna Grosse?

Jose Zayas directed the first public reading of USELESS at the Lark, it was one of the final presentations of the plays written in the Playwrights' Workshop. We connected on so many levels: Jose understands and appreciates the heightened realism of my play, he didn't try to make it fit into a conventional mold, he worked with me with an eye towards production.

Steven Rishard has been a great collaborator of mine at the Lark. It's quite hard to find American actors who can portray a macho, sexy, tough Balkan man, and to make him funny, endearing and lovable. Steve can do that. Andy Phelan was also part of the Lark's workshop and originated the role Omy. We were still looking for the right Kora, a woman in her mid-thirties who was sex-trafficked and worked as a prostitute for 10 years. The role needs a mixture of toughness, sexiness and vulnerability that's hard to achieve. Ana Grosse, who has a cosmopolitan Argentinian-Russian-Belgian-Australian background, was able to express all those nuances of the character, and more. Once Ana got on board, we knew that we had the perfect team. Moreover, Ana had producing experience in Australia, so it was great to join forces with a complex artist with a we-need-to-have-a-production mentality.

Instead of waiting for theatres to include our project in their season, we decided to be more pro-active and make it happen. Ana started to talk with various industry people and we got a residency at IRT thanks to Kori Rushton. Then Ana's friend, producer Lucy di Rosa joined the team to bring the project to fruition.

But I need to give heartfelt thanks to Paul Slee of Ensemble Studio Theatre, who is a very special "angel" for me, each time he supports a project of mine, good things happen. We also owe gratitude to The Little Family Foundation, they generously helped us fund the production. It seems that all you need to make dreams/play happen is a little family and a little help from your friends.

What are the best places to get inspired below 14th street? (food, music, theater, wherever you go that inspires you most.)

I love Café Orlin and Yaffa Café. Those are my downtown food spots. Nothing can beat the chicken schnitzel in those two places, I suspect they use my grandma's recipe. As I studied and taught at NYU, Tisch, I made Café Orlin my unofficial office; that's where I would have all my meetings. I guess I miss Europe and the café culture there.

This summer I was in Paris for a play and a conference at the Sorbonne. I got to savor the cafes and the vibrant Parisian life. And Bucharest - called Little Paris between the two world wars - is not too shabby either. I had my play Aliens with Extraordinary Skills (Romanian title: Viza de Clown) produced at the beautiful Odeon Theatre and I was so happy to get immersed in the magic of old houses turned cafes in the back streets of my birth city.

But back to NYC, my adoptive city. I love to hangout downtown, in the East and West Village. That's where I feel at home. NYU, Washington Square Park...

Downtown theatre is more risk-taking and thought-provoking and some of my favorite theatres are there: New York Theatre Workshop (where I am a usual suspect), La MaMa (where my play Waxing West was produced and won the 2007 Innovative Theatre Award for Outstanding Play; I also had my NYC debut there with Richard Schechner and our YokastaS Redux in 2003/2005), The Public Theatre, HERE, Cherry Lane, Rattlestick, The New Ohio, PS122, Flamboyan, etc.

Cool festivals of experimental theatre like Under the Radar and undergroundzero are downtown. As the Godmother of undergroundzero (I came up with the name and I curate playgroundzero), I always enjoy the summers in NYC and the evenings full of wild theatre and meals/drinks in the cool Lower East Side cafes.

So yeah, I'm happy that my play USELESS is getting produced downtown at IRT and we'll get to hangout in the awesome cafes of Christopher Street. Join us!