You're trapped in a cold, dark alley. The smell of cheap perfume is ahead of you and the sound of slow footsteps behind you. You press yourself helplessly against the cold bricks of the abandoned tenement. There is one bullet in your .38...

Noir fiction is returning. The uniquely American art form reached its paranoid zenith in the 1940s and '50s, taking its bleak existentialist cue from such masters as Dashiell Hammett and Raymond Chandler, among others.

It's no coincidence that many classic noir novels take place at night, all the better to explore the darkness of one's soul that fuels the sense of despair and doom. Jay Gertzman is professor emeritus, English, at Mansfield University, whose most recent work is the seminal biography of literary pirate and free-speech pioneer Samuel Roth. He's now working on a book about noir author David Goodis, 10 of whose works became movies in Hollywood and France.

I asked Dr. Gertzman to name the top five noir writers and one of their most exemplary works. He emphasizes that the list is not ranked. 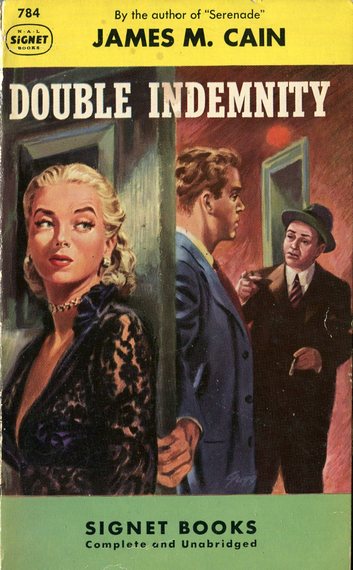 James M. Cain, like Mickey Spillane, was an exemplar to crime writers. The short, "punchy" sentences, the prurient sex and violence, the loneliness and brutality involved in trying to achieve.
In Cain's Double Indemnity (1943), the characters get what they want, and it destroys them. Phyllis kills her husband and prepares to meet her true, deathly mate; Walter, who set out to seduce Phyllis and was seduced into being her hit man, has his victory over his bosses and saves a girl he can never be with in order to redeem his soul. Atonement? Ask the sharks and the moon, with which the book ends. 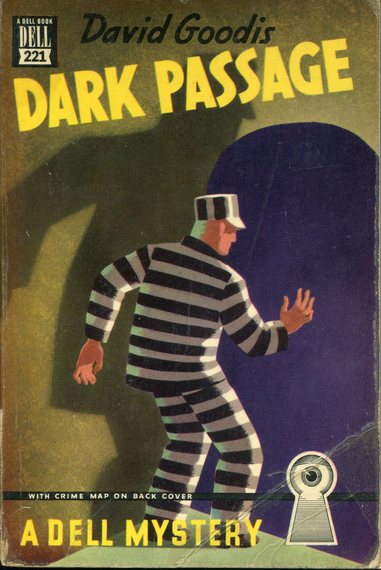 David Goodis is called "The Poet of the Losers." But his heroes are not really losers; they have made mistakes and hurt people they love. In a world "spinning in the wrong direction," they cannot ignore their guilt. Facing it, they suffer. But they can see themselves more clearly, and can face that.

The Blonde on the Street Corner (1954): Ralph Creel is a prisoner of the severe, perhaps manic, depression inside his head. His depression mirrors that of the 1930s. In his friends, his street corner, and the wintry midnight of a park in north Philly, Goodis shows us how that experience feels. Pulp genius in the form of prose poetry.

Dirty Snow (1950) is set in an occupied European city. It as a powerful portrait of a people under surveillance, going through a numbing routine of survival with no sense of getting control of their lives. Poverty, and militarized cops, do the same in downscale areas today. The protagonist, Frank, is determined to test himself and his inner resources, and takes what the only way available is: he remains unmoved by various cruelties he perpetrates. He is in search of a father and a lover but he deliberately puts himself beyond the reach of them. Somehow Frank had defined love and fatherly affection as weakness. A brilliant, Kafkaesque story.

Dorothy B Hughes wrote 11 novels and three were made into major films. She won the Mystery Writers' Grand Master Award with works such as In a Lonely Place (1947). As a study of PTS syndrome, the serial rapist, and the denial of reality that marks the psychopath, the book is uniquely effective. 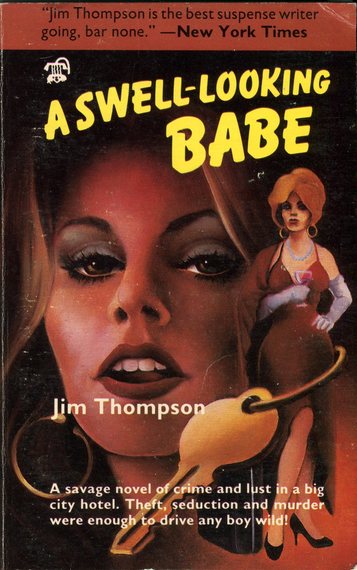 Jim Thompson began by writing true crime stories, where he learned about sadism, kidnap, killing of loved ones, mutilation, cannibalism and incest, as well as the most repressive, inbred elements of family experience. In A Hell of a Woman (1954), itinerant salesman "Dolly" Dixon, who never grew up, thinks he has finally met his dream girl. Thompson shows the disintegration of a mind under a vicious circle of romantic fantasy and the reality of self-discovery. Thompson's use of Faulkner and his stream-of-consciousness ending is perfect for displaying of Dolly's disappearance into the void.