It's approaching the third year anniversary of when I first started modeling professionally as a plus size model and I've been reflecting a lot lately. My career has been such a blessing, but in some ways a curse. I often wonder if I knew what I know now, would I have done it? And I'm torn.

Modeling, and especially living your life in the public eye, is by far the hardest thing I've ever done. You see a different side to people, a very dark side. People use you to get places, they lie to you, manipulate you, then turn around and "love" you all in day sometimes. I've lost friends, respect, and countless jobs because of my looks, beliefs, or just plain bad luck. Everyone thinks that they know me, therefore judging every move I make constantly. I miss the times that I could freely post photos of myself, food, my son, just my life without being attacked. Yes, I ignore it, I ignore a lot... but I would be lying if I said it doesn't take its toll on me.

At what point is enough, enough?

For six months last year (and part of this year) I was suicidal, and thought every day that there was no way I could deal with another day. I didn't really tell anyone because I was embarrassed... my life looks so glamorous sometimes, and here I am barely able to get out of bed. Still to this day, I'm told what I "should" look like, how I "should" dress, what I "should" or "shouldn't" be eating... basically, how I need to be living my life.

The main reason I started my #effyourbeautystandards hashtag was because I needed a way to deal with the intense pressure I felt from everyone to be something/someone I'm not. It was my way of taking the hurt away from the constant scrutiny I'm under and instead turn it into a positive place for women who struggle with the same feelings. In many ways, it saved my life. It's much easier for me to really practice what I preach, my middle finger to a world so full of hate, judgment, and small-minded fools. A world where some people die trying to be something they aren't, all because of the very industry that supports me (and my son).

The Internet in general is breeding a generation of young girls and guys who think their worth is based on their looks and how many "likes" they get. You can say "It's always been this way," but I can tell you, it hasn't been. When I was 11, I would never say the awful, vile things that they say to me... and I can tell you neither were the kids around me. It's not just kids either, it's grown women, the very women that say they want to see bigger models in the industry, and when they see one, they rip her apart. All of a sudden, we go from "inspirational" to "fat," and it HAS to stop. If you are reading this, and you are guilty of doing this, I'm telling you, the models behind your venomous words have feelings. We see what you say about us, and it hurts. We have families, most of us have day jobs, and we struggle just like you to pay our bills. While you are sitting in your pajamas complaining about things you probably know nothing about, the women on the other side of your hate are now trying to deal with having their day ruined by YOU. I have a hard time believing that makes anyone happy, and if it does, then reading this won't change a thing.

The more time that passes, the more reflection I do, I have realized this: I think the key to life and staying a float in this industry -- and life in general -- is living for YOU. I was so consumed with trying to make everyone else happy, to build my career, that I neglected myself. At the end of the day, being in a magazine isn't what makes me happy, it's the stuff I don't post online. In a way, I have two very different lives, and I'm learning to be okay with that. It doesn't mean that I'm not being authentic to who I am, or 'hiding' anything, it just means that I have to turn the "Tess Munster" switch off every now and then. At the end of my career, just knowing that I've been able to help other women in some way, is worth all the crap. Check out these notes I've received from strangers: 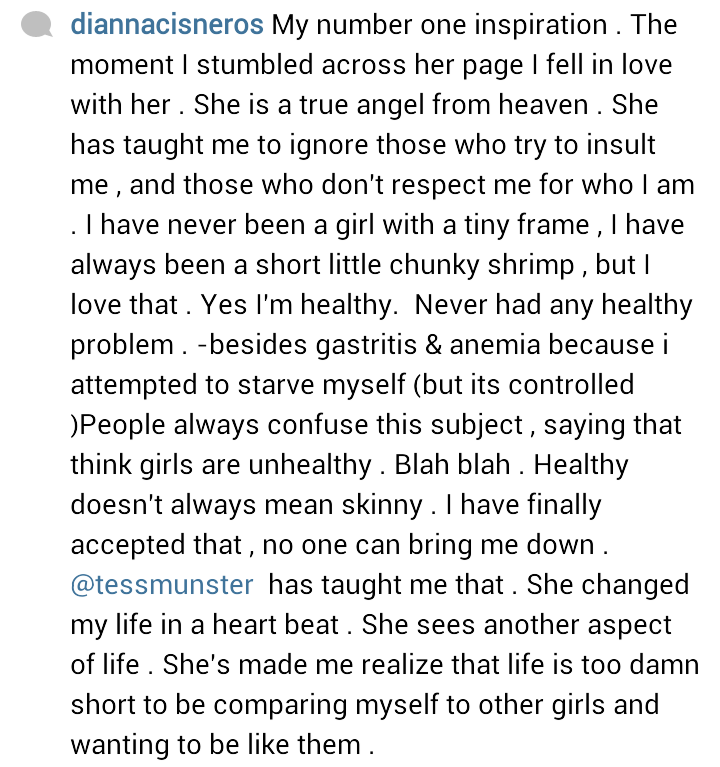 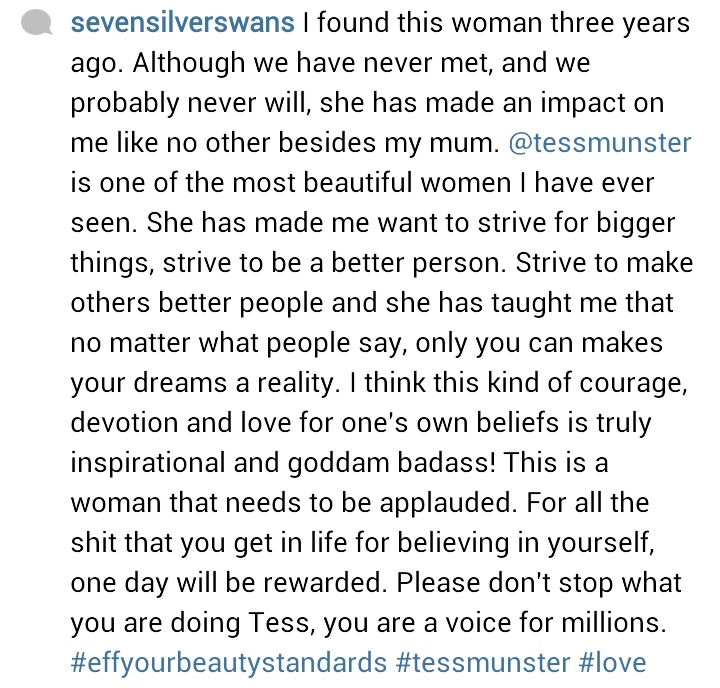 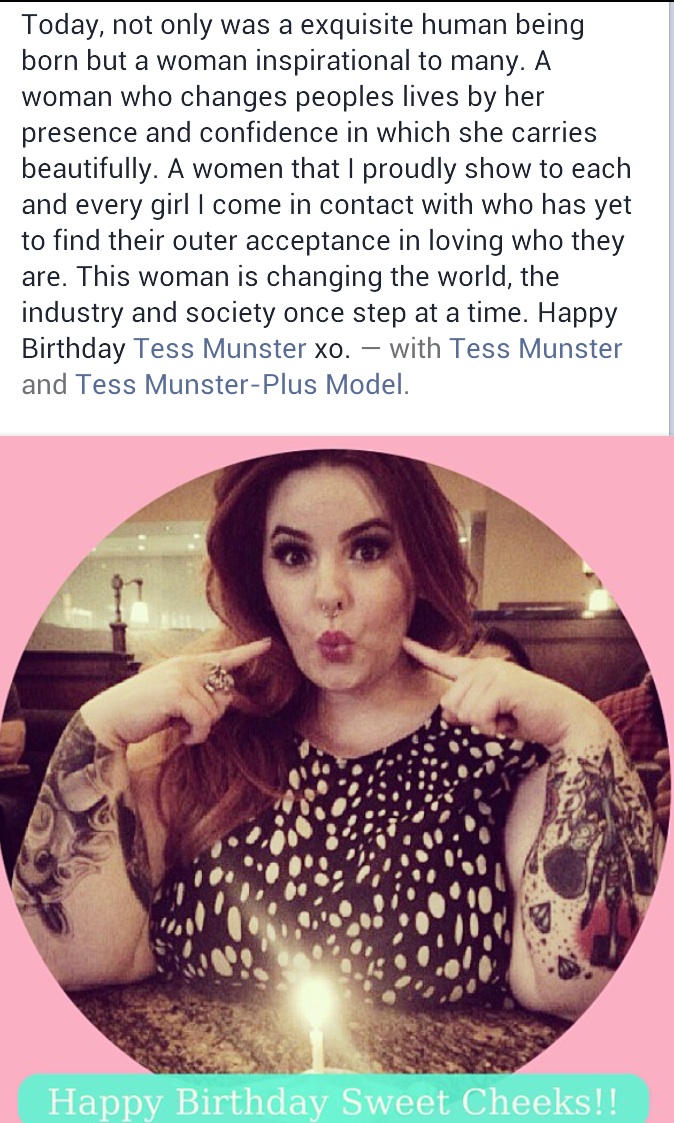 So, I guess to answer my own question: I definitely would do it all over again.

Remember to never sell yourself short, never settle, and remember your worth.
Everything worth having is worth fighting for.

Tess Munster writes a blog called The Plus Size Life.