Arguably, few have been more affected by the loss of Cory Monteith than his "Glee" family.

Many are still coming to terms with the death of the 31-year-old actor, who was found dead in his hotel room in Vancouver on July 13. But his co-star and friend Darren Criss stepped out for the NYC screening of his new film "Girl Most Likely" and honored Monteith by wearing a black ribbon on the lapel of his gray checkered suit.

Black ribbons are symbols of mourning, and there's no doubt Criss is grieving during this tough time. According to Darren Criss News, the 26-year-old who plays Blaine Anderson on "Glee" canceled his appearance on "Good Morning America" this morning, apparently a choice that was related to Monteith's unexpected death.

Criss also canceled his interview on "Live With Kelly & Michael."

See his tribute to Cory below: 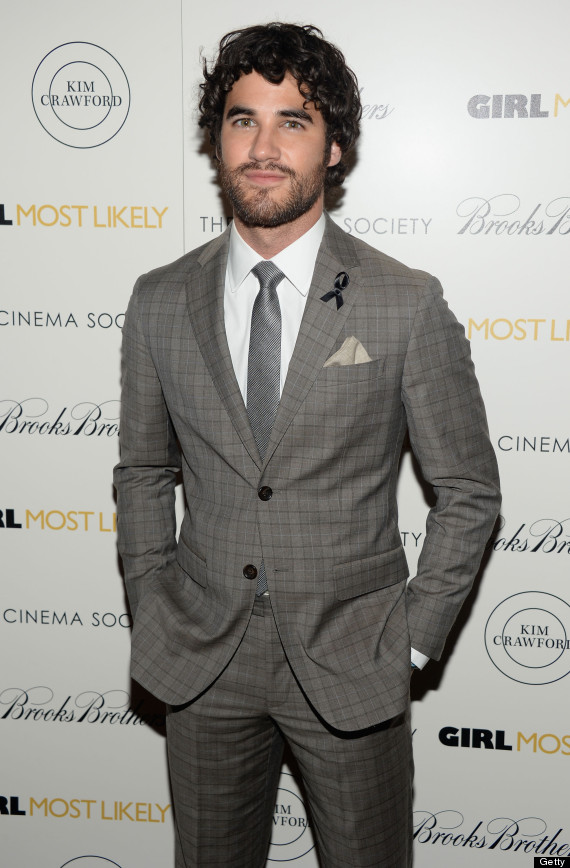