Yahoo News first discovered the photo through the Facebook page of Wilson's parents, who congratulated him for receiving a commendation just months before the fatal shooting of Brown. 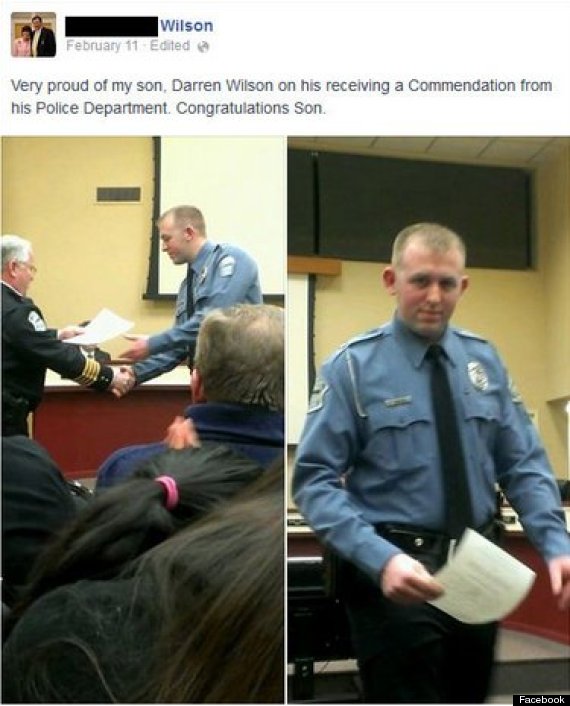 "Very proud of my son, Darren Wilson on his receiving a Commendation from his Police Department. Congratulations Son."

The Huffington Post confirmed that the City of Ferguson Council meeting minutes reveal a Feb. 11, 2014, police commendation ceremony. One "Officer D. Wilson" is listed as having received the police honor.

Tension remained high in Ferguson over the weekend. On Saturday night, after an imposed curfew, seven people were arrested. One man was shot and is in critical condition, police said.