On Thursday the Smithsonian Asian Pacific American Center opened its "Beyond Bollywood' exhibit at the National Museum of Natural History in Washington, D.C., showcasing how Indian Americans have shaped the nation.

One of these Indian Americans is Darsh Singh, who is the NCAA's first turbaned Sikh American basketball player. He spoke to Simran Jeet Singh of Faith Street about the struggles and rewards that he's experienced by being true to his religion and his athletic talents. 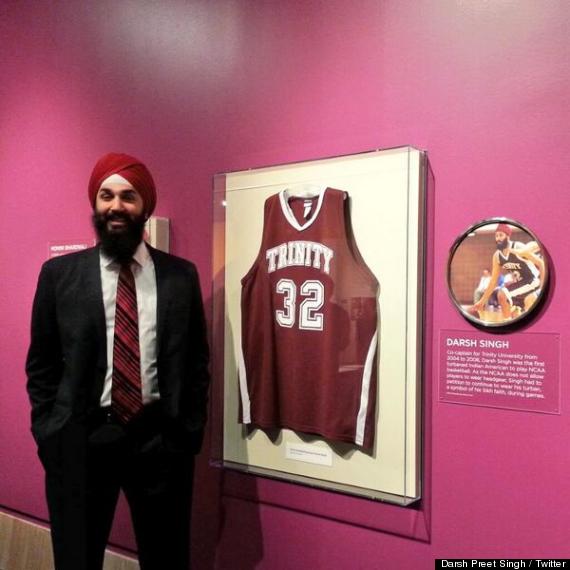 He told The Huffington Post, "When I reflect on how hard my parents worked and hard their parents worked to support my life here in America, I feel extremely thankful. Our generation stands on the shoulders of the giants who came before us. I'm looking forward to the future and how the Sikh community can achieve at even higher levels in the future."

Darsh Singh rose from a benchwarmer at Trinity University to end his senior year as co-captain of the team. However, his experience wasn't without struggles.

Simran Jeet Singh inquired, "Tell us more about playing at Trinity University. How did people treat you when they saw your turban and beard?"

Trinity is part of the Southern Collegiate Athletic Conference, and we played most of our games in small towns in the South. Many people in those towns had never met a Sikh, and some people would shout hateful things at me during games. I remember them yelling things like “Go back to your country!” or “Cut your hair!” I wasn’t too affected by these comments because I’ve been dealing with them my whole life. The amazing thing for me was watching how quickly and passionately my teammates would jump to my defense.

Read the rest of the interview at Faith Street here