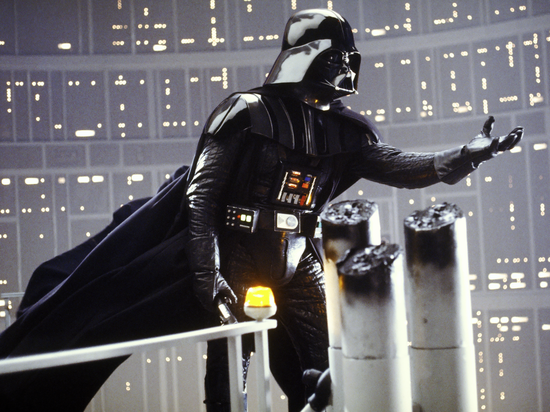 To date, I have not yet Force-choked someone with my mind, lobbed an active (or inactive, for that matter) lightsaber at anyone, nor fired blue bolts of lightning from my fingers.

Even if I have thought about it plenty of times.

Although I've not yet assumed the Darth prefix - Darth Sagers does kind of work - I often feel the Dark Side of the Force flowing through me. (This may be unrelated but I am also a Scorpio born in the Year of the Snake. And I wear a lot of black. I think I'd likely also be placed in House Slytherin.)

But I'm not evil.

Instead, the darkness inside of me is something of a guide, a force, if you will, that I must contend with.

Let me back up. How have I ended up on this path, and are more people close to the Dark Side than they'd like to admit? I have been thinking about this a lot recently since Hasbro invited me to either #ChooseLightSide or #ChooseDarkSide in their Star Wars Episode VII: The Force Awakens promotion. Without hesitating, I selected #ChooseDarkSide.

Frankly I was surprised by how many of my colleagues picked #ChooseLightSide. When I brought up the fact at a New York Comic Con party that the Dark Side is clearly cooler, a work friend replied, "Yeah, but we're the good guys, and we win. And your side is evil."

That is a difficult argument to counter, because it's true.

At least, in Star Wars, the good guys do win eventually. And I don't desire the alternative. I have never wished for Vader to kill Luke and return to the Emperor's side, nor did I want Luke to take out his pop and become Palpatine's lapdog. Although I don't often prefer neatly-wrapped conclusions where heroes vanquish evil too easily, I typically crave the happy (or happier) ending.

Yet all the Star Wars action figures on my desk villains (lots of Darth Vaders, three Boba Fetts, a few Mauls, a Kylo Ren). But most telling is the fact that the lone "hero" on my desk is a "Hero Mashers" Darth Luke decked out with a Vader cape and boots, red lightsaber, and blue, plastic Force lightning hands. In a way, the darkness on my desk represent my transformation from relating to the hero to the bad guys.

When I was much younger, I desperately wanted to be Luke Skywalker. I got him. A country boy who learns he is special, and has to save the universe. He was whiny but ultimately good, guided by certainty and a sense of purpose. He was a white hat out to take down the black hats, and that path most closely aligned with my own binary moral code. Hell, I grew up in suburbia Orlando, a Catholic who believed in Santa Claus; things often came down to nice or naughty definitions, and I wanted to be the nice guy hero. With Jedi powers, ideally.

Then I became a teenager, and the naughty captured more of my attention. I wasn't necessarily seduced by the Dark Side - yet -- but I went from wanting to be Luke to wishing that I was at least half as cool as Han Solo. The swagger, the devil-may-care attitude, the ability to be cool and attract women without acting like he was trying to attract women.

The transition from Luke to Han is one a lot of people can relate to, but did they also feel the call of the Dark Side? I should think so, and think most people actually do. Like encountering a phantom in a creepy cave on Dagobah, the darkness pops out when you don't expect it - when you unleash a well-timed ugly word to a loved one, for instance, and feel a surge of power followed immediately by a wave of regret. But, like Luke, that darkness already existed within and we just brought it into that cave (or argument, etc) where we were vulnerable. This is something Obi-Wan or Yoda understood.

The path to being good is more than simply deciding to Choose Light Side, and then it's done. Luke's struggle is never ending, with the pull to the Dark Side always present. One doesn't just give in and saber down a room full of younglings and become a full-on Sith (although that will do the trick). Instead, the little things are constantly tugging at some of us: curse the tourists walking three abreast on the sidewalk, freak out at the rampant farter in the seat next to you on the airplane, spoil The Force Awakens to the movie theater talker...strike them down, use your aggressive feelings, let the hate flow through you.

Good, gooood ... Sorry, got out of hand for a second there.

Yes, the power of the Dark Side is strong with me. And I do not want to deny that. What I don't think old Ben and Yoda adequately passed along to their star pupil (the one that didn't end up with a tape deck on his chest) is that it's necessary to embrace that darkness to some degree. By the end of Episode VI, Luke is a full-on Jedi, and we're led to believe he'll no longer run the risk of breaking bad like dad did.

Neglecting the presence of the villain within makes it easier to be seduced by it, and fall prey to its influence. Instead of boiling it down to Dark or Light Side, I think there's a lot of grey in the Force. And while there are some Lukes and Vaders out there amongst us, most of us might fall in the slightly tarnished middle part of the spectrum. The potential to slide either way is never over, either. I have done a lot of good, and enough bad, that I could still end up a hero or villain in this world - or at least an okay dude or an asshat, to put it in less extreme terms

Understanding that we have a Mr. Hyde inside us allows us, or me, to work with him, process his desires, and tamp down the ones that are destructive. Rather than ignoring my inner villain, I embrace him as a means of keeping him in check. In order to take control of the inner conflict, I feel I must use my aggressive feelings and filter them out in the right way. Playing Halo helps.

And all those black-clad Sith Lords and baddies on my desk stand there not just because they have the coolest fashion sense, but as totems of what not to become. I want to be a good guy, but that requires being in touch with - but not giving into - the Dark Side inside.