Bellino's version of Darth Vader's mask would look better suited atop a mantle in Versailles than atop a Sith Lord stomping around the Death Star. And, on the other side of the Force, our favorite bleep-blooping droid R2-D2 gets his own baroque makeover.

According to his website, Bellino learned the art of working with metals in his father's workshop, finally crafting his own art after many years of reworking and refurbishing objects around 2010. He welds metals together, noting that "they support a fragmented memory and they bring to the sculptor a precious help as well as a constraint."

In a 2014 interview with French site Unfamous Resistenza, Bellino explained that he obtains much of his materials from objects like chandeliers and other bronze furnishings. Having a range of diverse objects, he noted, allows for him to find exactly the right piece for his projects.

Bellino posed Darth Vader's mask against a stark gray background, while R2-D2 had a more lighthearted photo shoot in Bellino's hometown of Nice. Will "Star Wars: The Force Awakens," opening in the U.S. on Dec. 18, inspire future sculptures? We'll just have to wait and see.

PHOTO GALLERY
The Tender Side Of The Star Wars Universe
Download
Calling all HuffPost superfans!
Sign up for membership to become a founding member and help shape HuffPost's next chapter
Join HuffPost 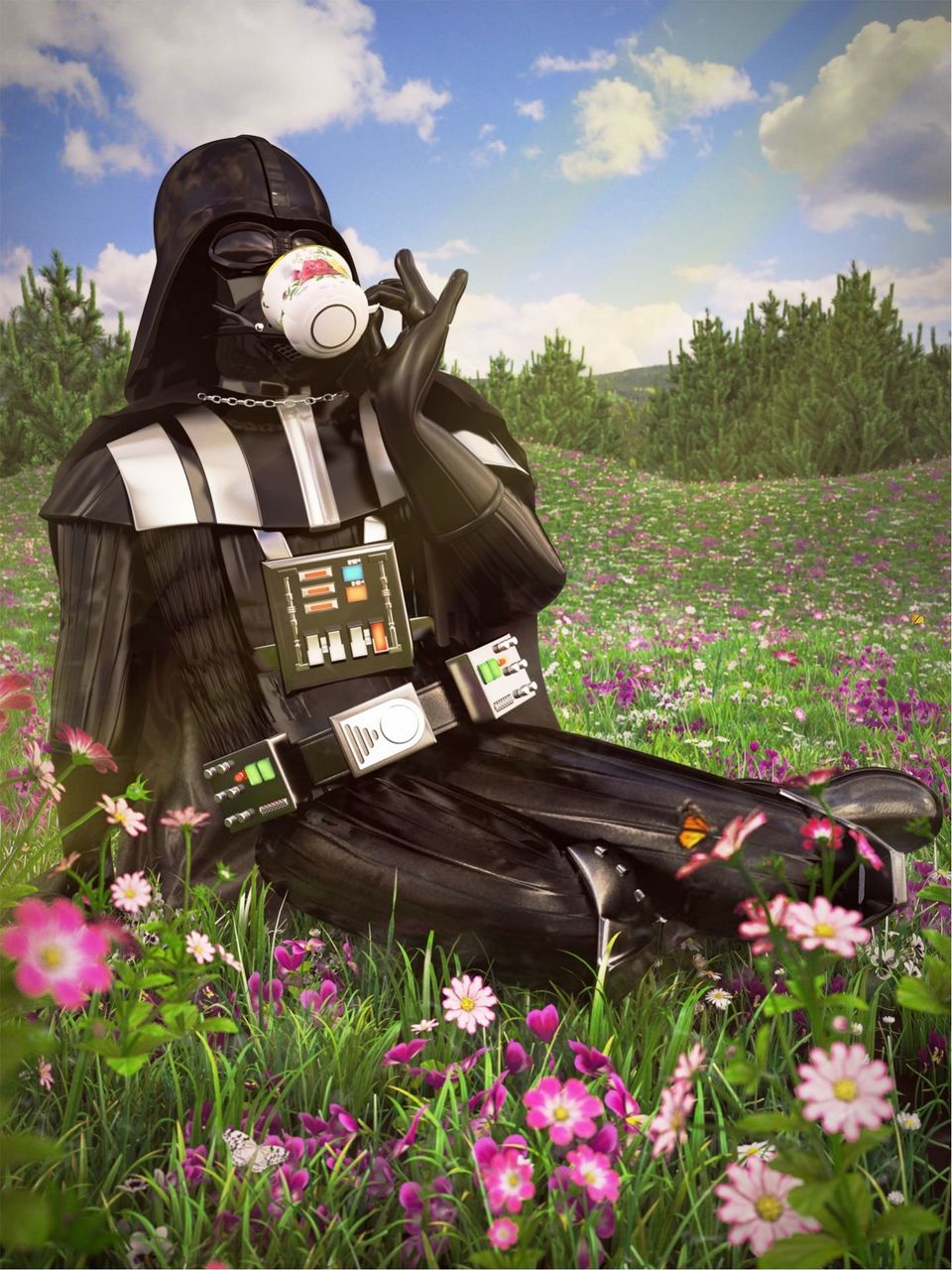 1 / 5
Darth Vader sips a special blend of his own creation, Tea-3PO.
Uh oh, he forgot to bring the honey. "NOOOOOOOOOOOOOO!"
<a href="https://kylesgallery.com/">Kyle Hagey</a>