As the world celebrates Darwin Day, much of humanity refuses to accept evolution. 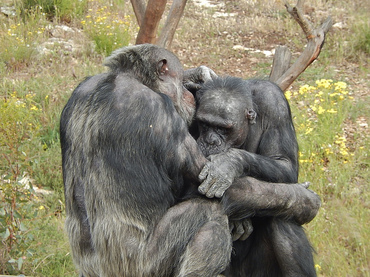 Creationists pretend that their argument is with science. Their posts are littered with gems of motivated reasoning such as this: "If natural selection were true, Eskimos would have fur to keep warm, but they don't."

Yes, I suppose if the ancestors of the Inuit had gone naked they might have eventually evolved fur, or more likely perished. But they weren't as dumb as the dude who wrote that, so they went clothed in furs. That's not to say their adaptations to the harsh Arctic climate were entirely cultural. The Inuit face shows evidence of natural selection at work: high, plump cheeks and thick eyelids that function to protect the eyes from icy winds and glare.

But the arguments over evolution have little to do with science. While creationists rehash fossil gaps, ignoring abundant new fossil evidence that supports Darwin's theory, genetics has roared on by, furnishing us with a detailed phylogenetic wheel of life. 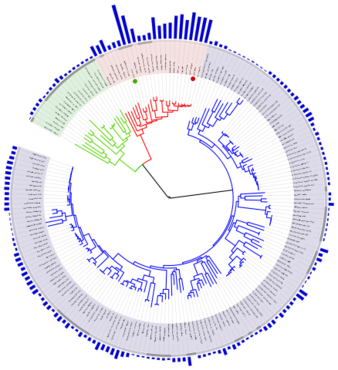 Science has demonstrated that genes can move from species to species.
Scientists have observed natural selection at work and the dawn of new species.

If evolution is so settled (and it is), why the continual fracas? For an answer, we turn to Darwin's beloved geology professor, Adam Sedgwick of Cambridge University. On reading Origin of Species, Sedgwick, a devout Christian, wrote to Darwin:

This view of nature you have stated admirably [is] admitted by all naturalists & denied by no one of common sense. ... [But] the crown & glory of organic science that it does ... link material to moral ... Were it possible (which thank God it is not) to break it, humanity in my mind, would suffer a damage that might brutalize it--& sink the human race into ... degradation.

There you have it: the elemental fear that belief in evolution will cause morality to collapse. That fear is predicated on a powerful assumption: that morality comes to us from God via religion. This is false. It is demonstrably false.

If religion were God's UPS, delivering a package of moral laws to humanity, you'd expect a single, consistent set. Yet, each religion includes unique laws that outsiders find baffling or repugnant. Hinduism has its "untouchables." Buddhism (as understood by many) spurns those born blind or otherwise disabled for bad behavior in past lives. Judaism, Islam, and Christianity each have their oddities: Judaism's law against mixing meat and dairy, Islam's prohibition on figurative art, and Christianity's ritual drinking of Christ's blood, for example.

These do not add up to clear guidelines from God. And it's no use to argue that one religion is right and the others false, for there's no consistent interpretation of morality -- not even of central commandments such as "Thou Shalt Not Kill" -- within any major religion. But perhaps God as lawgiver can be rescued if we just blame human stubbornness and stupidity.

Sorry, it won't wash. If religion were the vehicle that delivers morality, then atheists, the disaffiliated, and those who have never heard of God's laws should show comparatively inferior moral behavior. They don't.

Murder stands as most heinous of immoral acts, yet we find that the countries with the lowest murder rates include those with the lowest rates of religiosity: Sweden, Japan, Britain, and the Czech Republic, to name a few. Murder rates in medieval Europe, when religion was universal, were ten times modern rates. Within the U.S., states that have the highest rates of religiosity also tend to have the highest murder rates.

Homicide is not an exception; this pattern holds for other crimes. Are we perhaps capturing an affluence effect? Nope. Vietnam is a poor country (per capita GDP ~ $5,000). It is both moderately religious and murderous -- but still has a lower homicide rate than the wealthier and more devout United States.

So where does morality come from? Evolution. This is as close to certain as science gets.. Human universals are pretty good evidence for a start. It turns out that a prohibition on murder is found in every known culture. (Of course there are individuals -- drug dealers, dictators, and fanatics, for example -- who use murder as a tool of their trade, but they are the exceptions.)

These go beyond human universals. Experiments with Capuchin monkeys show that they have a sense of fairness. If one is offered a lesser treat than his neighbor, he screams with outrage. On the softer side, experiments show that even the lowly vole will comfort a grieving companion -- something dolphins, elephants, and others are also known to do.

How could such behaviors have evolved in a world of survival of the fittest? A major misconception is that evolution is strictly "nature red in tooth and claw." Sure, competition pulses at the heart of evolution, but right alongside it beats cooperation. For proof just tap your chest: your heart is a galley of willing oarsmen who pull together for decades to give your genes a chance to get into the next generation. Cooperation is everywhere, especially in social species like ours.

So too, of course, is selfishness. The evolutionary pathway to morality, then, runs through the mutual benefits that come about when members of a group cooperate not only to care for kin, secure food, and fight off rival groups, but to suppress bad actors within the group. Put those together, and you have the beginnings of morality; love, sympathy, kindness, fidelity, and generosity are its shoots and leaves. Add to it the power of human language, abstract thought, and social contracts, and you get the rise of a civilization capable of moral progress.

Ancient religion likely advanced morals. Amid the debris of ritual commandments in the Bible and Koran are moral injunctions, such as Exodus 23:5: "If thou see the ass of him that hateth thee lying under his burden...thou shalt surely help with him."

Today, however, the problem with religious morality is evident: it's frozen in time. If morals came down the mountain with Moses or through an angel's pen, progress makes no sense. That's precisely the stand that ISIS and Christian Reconstructionists take.

Rejecting that stand doesn't require one to be an atheist. Evolved morals are consistent with theistic evolution--a position held by about one-third of Americans. But surely acknowledging the evolutionary origins of morality will help us revive the concept of moral progress. Otherwise we're stuck looking to Scripture for guidance on texting while driving.

--
This essay first appeared at TheHumanist.com