In a recent exchange in the Washington Post 'Answer Sheet' blog, Steven Newton rudely mocks Deepak Chopra's view that 'consciousness drives evolution', a view that would entail consciousness existing in some way intrinsic to the universe, and outside biology. As strange as Deepak's assertion may appear to some, I believe it is likely to be scientifically correct.

Darwin's theory of 'natural selection' is taken to imply (e.g. Richard Dawkins' 'selfish gene') that behavior of living organisms promotes their genetic survival through reproductive success. However humans and animals appear to be driven by conscious feelings (e.g. 'Epicurean delight', Freud's 'pleasure principle', 'dopaminergic reward'). In criticizing Deepak's position, Mr. Newton says: "When I think about the natural world, consciousness is not the first thing that springs to mind. I think instead of organisms frantically killing and eating other organisms,..."

What is consciousness? How does the brain, a lump of pinkish-gray meat, produce feelings, emotions, understanding and awareness (a question termed the 'hard problem' by philosopher David Chalmers)? The mystery has been pondered since ancient times, and currently approached from many disciplines, e.g. neuroscience, medicine, philosophy, psychology, physics, biology, cosmology, the arts, meditative and spiritual traditions, etc. All these have something to say, but from different directions, like the proverbial blind men describing an elephant. Moreover consciousness cannot be directly measured, observed nor verified, a problem in my field of anesthesiology where we want our patients to be decidedly unconscious. How do we even study consciousness scientifically?

In 1994 I co-organized the first international, interdisciplinary conference 'Toward a Science of Consciousness' at the University of Arizona in Tucson, bringing together all approaches under one umbrella, or more accurately perhaps, one circus tent. After some confusion, the interdisciplinary concept took hold, thanks largely to a famous talk the opening morning by David Chalmers.

The audience was restless after two boring lectures when Dave took the stage. With waist-length hair, strutting like Mick Jagger, he explained that brain functions like memory, learning, language and behavior were difficult, but still relatively easy compared to the really 'hard problem' of subjective experience, feelings, emotions, awareness, thinking, composed of raw components termed 'qualia'. Moreover he offered his own view that qualia were somehow 'funda-mental', akin to basic features of the universe like electrical charge, magnetic spin, photons or mass, and that there must exist some 'psycho-physical bridge' between brain activities and a basic level of the universe. The audience buzzed. At the coffee break I eavesdropped on chatter about the 'hard problem'.

The conference was a hit. Soon thereafter we started the Center for Consciousness Studies at the University of Arizona, Dave Chalmers joining our philosophy department to become the Center's director. The conferences have been held annually since 1994, alternating between Tucson and elsewhere around the globe. Last year was the 20 year anniversary, and we borrowed from the Beatles' famous Sgt. Pepper album cover (Figure 1) to feature prominent consciousness researchers past and present. The 2015 conference will be this month at the University of Helsinki in Finland, and plans are underway for the 2016 conference back in Tucson. 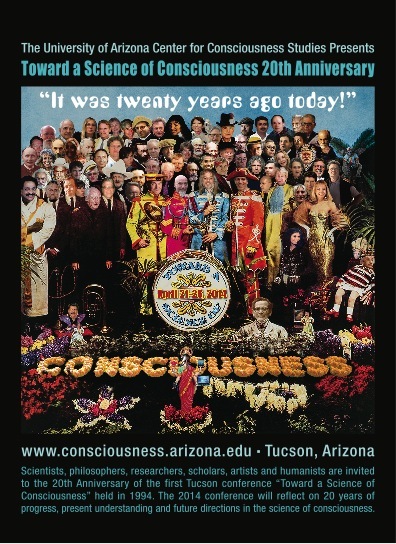 Figure 1. The conference poster for 'Toward a Science of Consciousness 2014'. Thanks to the Beatles, and Dave Cantrell, Biomedical Communications, The University of Arizona.

So....what is consciousness? Where do we stand after all these years?

The standard dogma is that consciousness emerges from complex computation among brain neurons and synapses acting like 'bits' and switches.

Within this general view are approaches such as 'integrated information', 'global workspace', 'predictive coding', 'scale-invariance', 'Bayesian probabilities', 'pre-frontal feedback', 'coherent volleys' and 'synchronous oscillations'. But the core idea is that the brain is a computer, a complex network of simple neurons.

Accordingly, many believe that copying the brain's neurons and synaptic connections will reproduce brain functions including consciousness. Billions and billions of dollars and euros are committed to 'mapping the brain', cataloging each neuron's shape and connections. In synch with this approach is artificial intelligence ('AI') promoting the idea that consciousness can exist in computers, and that we can 'upload' our minds into silicon when our biological bodies give out. Debates rage over whether AI-based conscious machines will be a boon, or a danger, but would machines based on brain mapping actually be conscious? Would the hard problem fall by the wayside?

First, equating neurons with 'bits' is an insult to neurons. Single cell organisms like paramecium swim about nimbly, find food and mates, avoid obstacles and predators, learn and remember (when sucked into a capillary tube they escape faster each time), and have sex with a partner (Figure 2). They do so using hair-like sensors and motorized oars called cilia, comprised of protein polymers called microtubules (identical to those within brain neurons). Nobody knows whether paramecium is conscious, but it does perform 'easy problem' behaviors. How many bits (or 'ops', operations per second) would AI take to simulate a paramecium? If a unicellular organism is so clever, would neurons be so....simple-minded? 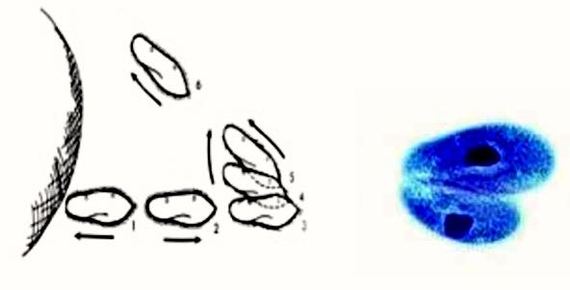 Second, while waiting for neuronal maps of mammalian brains to implement in silicon, some AI researchers have simulated the entire, already-mapped nervous system (302 neurons) of the tiny worm C elegans. Like paramecium, we don't know if they're conscious, but C elegans clearly exhibits 'easy problem' behaviors, e.g. moving in response to stimuli. But even artificial C elegans just sits there, with no functional behavior. AI can't simulate the 'easy problems' in simple brains. Something is missing.

Third, memory is ascribed to synaptic connections within neuronal networks, such that given inputs cause particular activity patterns and outputs. But synaptic proteins are transient, re-cycled over hours to days, and yet memories can last lifetimes. Memory must be stored at a deeper level inside neurons, e.g. microtubules (which disassemble in the brains of Alzheimer's patients). 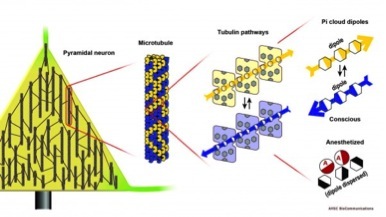 Fourth and final is the 'hard problem'. Unable to account for awareness, feelings and qualia through computation, prominent neuroscientists Christof Koch, Giulio Tononi and others have resorted to 'panpsychism', the notion that consciousness is a property of matter. British physicist Sir Roger Penrose suggests the rudiments of consciousness occur in fine scale quantum events in the very structure of the universe (Chalmers' 'psycho-physical bridge'). In panpsychism, or the more refined Penrose approach, consciousness or its precursors would have existed in the universe all along, or at least when life on earth began. And if that's true, primitive conscious feelings, e.g. pleasure, could have been the 'spark of life', a fitness function toward which life formed and evolved to optimize pleasure, to 'feel good'.

One needn't be a creationist to question Darwin's theory, for example regarding sexual reproduction. Dawkins finds sex 'counter-productive, throwing away half one's genes with every reproduction'. In The Cooperative Gene, evolutionary biologist Mark Ridley writes 'Sex is a puzzle that has not yet been solved; no one knows why it exists'.

Duh! Sex feels good. The Darwinian/Dawkins idea that behavior promotes survival of 'uncaring' genes doesn't add up. And if genes are 'programmed' to survive, programmed by whom?

So I think Deepak is correct. Consciousness drives evolution. And as Penrose suggests, conscious quantum events intrinsic to the universe solve other problems like the 'Anthropic principle', why the universe is perfectly tuned for life and consciousness (avoiding any need for the silly 'multiverse' idea). Problems in evolution, brain science, quantum physics and cosmology all fade away with consciousness as an intrinsic feature of the structure of reality.