Though the theory of evolution has long been accepted as scientific fact, scientists have always had trouble reconciling Darwin's notion of gradual evolution by natural selection with a sudden explosion of new species around 530 million years ago.

Now a University of Texas geologist believes he may finally have an explanation for what some refer to as "Darwin's dilemma": a major shift in the continents, which created ideal conditions for complex new life forms to evolve.

“At the boundary between the Precambrian and Cambrian periods, something big happened tectonically that triggered the spreading of shallow ocean water across the continents, which is clearly tied in time and space to the sudden explosion of multicellular, hard-shelled life on the planet,” Dr. Ian Dalziel, a research professor at the university's Institute for Geophysics and a professor in the department of geological sciences, said in a written statement.

The tectonic shift likely opened up a gateway between the ancient continents of Laurentia (modern-day North America) and Gondwanaland (see image below), according to Dalziel. Water displaced by the shift flooded land areas, creating an ideal environment for new species to flourish. The shift also would have dredged up large quantities of nutrients from the ocean floor, accelerating the pace of evolution. 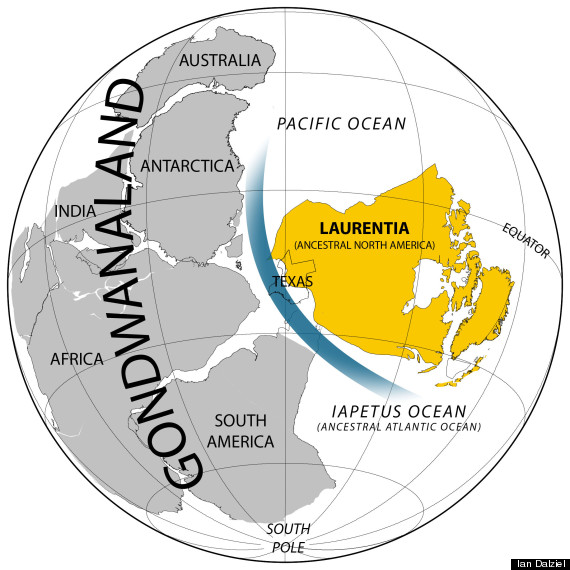 A new analysis from The University of Texas' Institute for Geophysics suggests a deep oceanic gateway (shown in blue) developed between the Pacific and Iapetus oceans immediately before the Cambrian sea level rise and explosion of life in the fossil record, isolating Laurentia from the supercontinent Gondwanaland.

“I’m not claiming this is the ultimate explanation of the Cambrian explosion,” Dalziel said. “But it may help to explain what was happening at that time.”

Why didn't this explanation occur a bit sooner?

“The reason people didn’t make this connection before was because they hadn’t looked at all the rock records on the different present-day continents,” Dalziel said in the statement, adding that his analysis is the first to look at geological evidence from five continents: North America, South America, Africa, Australia, and Antarctica.

He called for more research to confirm and build upon his theory.

A paper describing the theory was published in the November issue of the journal Geology. 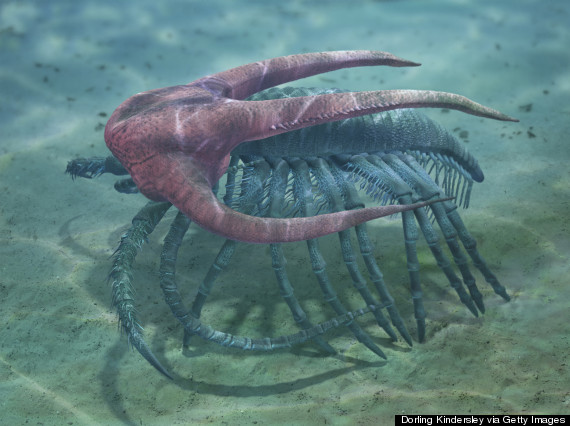 Marrella splendens, an invertebrate that lived during the mid-Cambrian era.