LONDON -- British scientists have found scores of fossils the great evolutionary theorist Charles Darwin and his peers collected but that had been lost for more than 150 years.

Dr. Howard Falcon-Lang, a paleontologist at Royal Holloway, University of London, said Tuesday that he stumbled upon the glass slides containing the fossils in an old wooden cabinet that had been shoved in a "gloomy corner" of the massive, drafty British Geological Survey.

Using a flashlight to peer into the drawers and hold up a slide, Falcon-Lang saw one of the first specimens he had picked up was labeled 'C. Darwin Esq."

"It took me a while just to convince myself that it was Darwin's signature on the slide," the paleontologist said, adding he soon realized it was a "quite important and overlooked" specimen.

He described the feeling of seeing that famous signature as "a heart in your mouth situation," saying he wondering "Goodness, what have I discovered!"

Falcon-Lang's find was a collection of 314 slides of specimens collected by Darwin and other members of his inner circle, including John Hooker - a botanist and dear friend of Darwin - and the Rev. John Henslow, Darwin's mentor at Cambridge, whose daughter later married Hooker.

The first slide pulled out of the dusty corner at the British Geological Survey turned out to be one of the specimens collected by Darwin during his famous expedition on the HMS Beagle, which changed the young Cambridge graduate's career and laid the foundation for his subsequent work on evolution.

Falcon-Lang said the unearthed fossils - lost for 165 years - show there is more to learn from a period of history scientists thought they knew well.

"To find a treasure trove of lost Darwin specimens from the Beagle voyage is just extraordinary," Falcon-Lang added. "We can see there's more to learn. There are a lot of very, very significant fossils in there that we didn't know existed."

He said one of the most "bizarre" slides came from Hooker's collection - a specimen of prototaxites, a 400 million-year-old tree-sized fungi.

Hooker had assembled the collection of slides while briefly working for the British Geological Survey in 1846, according to Royal Holloway, University of London.

The slides - "stunning works of art," according to Falcon-Lang - contain bits of fossil wood and plants ground into thin sheets and affixed to glass in order to be studied under microscopes. Some of the slides are half a foot long (15 centimeters), "great big chunks of glass," Falcon-Lang said.

"How these things got overlooked for so long is a bit of a mystery itself," he mused, speculating that perhaps it was because Darwin was not widely known in 1846 so the collection might not have been given "the proper curatorial care."

Royal Holloway, University of London said the fossils were 'lost' because Hooker failed to number them in the formal "specimen register" before setting out on an expedition to the Himalayas. In 1851, the "unregistered" fossils were moved to the Museum of Practical Geology in Piccadilly before being transferred to the South Kensington's Geological Museum in 1935 and then to the British Geological Survey's headquarters near Nottingham 50 years later, the university said.

The discovery was made in April, but it has taken "a long time" to figure out the provenance of the slides and photograph all of them, Falcon-Lang said. The slides have now been photographed and will be made available to the public through a new online museum exhibit opening Tuesday.

Falcon-Lang expects great scientific papers to emerge from the discovery.

"There are some real gems in this collection that are going to contribute to ongoing science."

"It really makes one wonder what else might be hiding in our collections," he said.

Cassandra Vinograd can be reached at http://twitter.com/CassVinograd 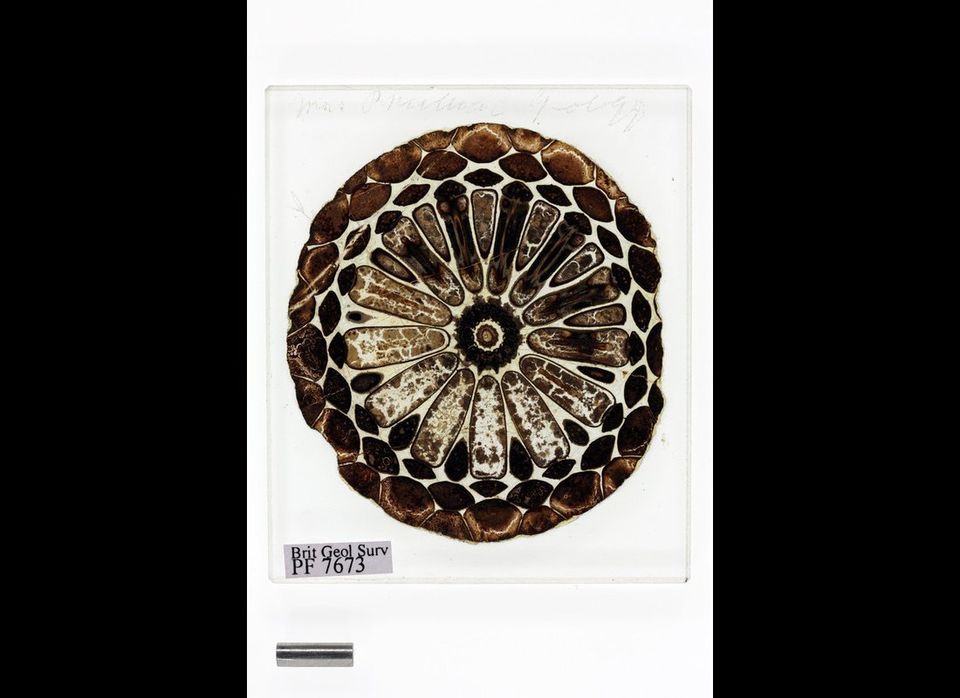