Actress Daryl Hannah has joined the over 500 people who have been arrested since August 20 for a sit-in protest outside the White House.

The "Splash" and "Wall Street" star was one of nearly 100 people who were arrested on Tuesday for protesting the proposed Keystone XL pipeline, according to a press release from Rainforest Action Network.

The Associated Press reports that Hannah sat by the White House sidewalk and refused to move under orders from U.S. Park Police.

According to Financial Post, Hannah shouted, “No to the Keystone pipeline” as she was being handcuffed.

The planned pipeline will run from the Canadian tar sands in Alberta to refineries on the coast of the Gulf of Mexico. It is currently waiting on approval from the White House.

This week, President Obama will find hundreds more people in front of the White House -- us included -- willing to go to jail for peacefully protesting the President's short-sighted decision to approve the Keystone XL pipeline. President Obama's decision on this enormous fossil fuel project will not be a quiet deal with oil industry lobbyists; it will be witnessed by millions of voters who had hoped that President Obama would have the vision to get America off of oil with a moonshot program for oil-free cars by the next decade. Instead, oil profits have been pitted against the world that our children will live in, hooking America to some of the highest polluting oil without moving America quickly to a foreign oil-free future.

Earlier this month, an editorial in The New York Times opposed the pipeline, reading, "We have two main concerns: the risk of oil spills along the pipeline, which would traverse highly sensitive terrain, and the fact that the extraction of petroleum from the tar sands creates far more greenhouse emissions than conventional production does."

Tar Sands Action protest leader Bill McKibben said “It’s clear that this message is spreading out of Washington fast. This has become the test for the president to show the country and the global community that he’s serious about climate change.”

Check out this infographic suggesting that the proposed pipeline is "Built to Spill."

The slideshow below shows a number of protestors, including religious leaders, who have been arrested outside the White House. Scroll down below the slideshow for a video of Daryl Hannah's arrest. 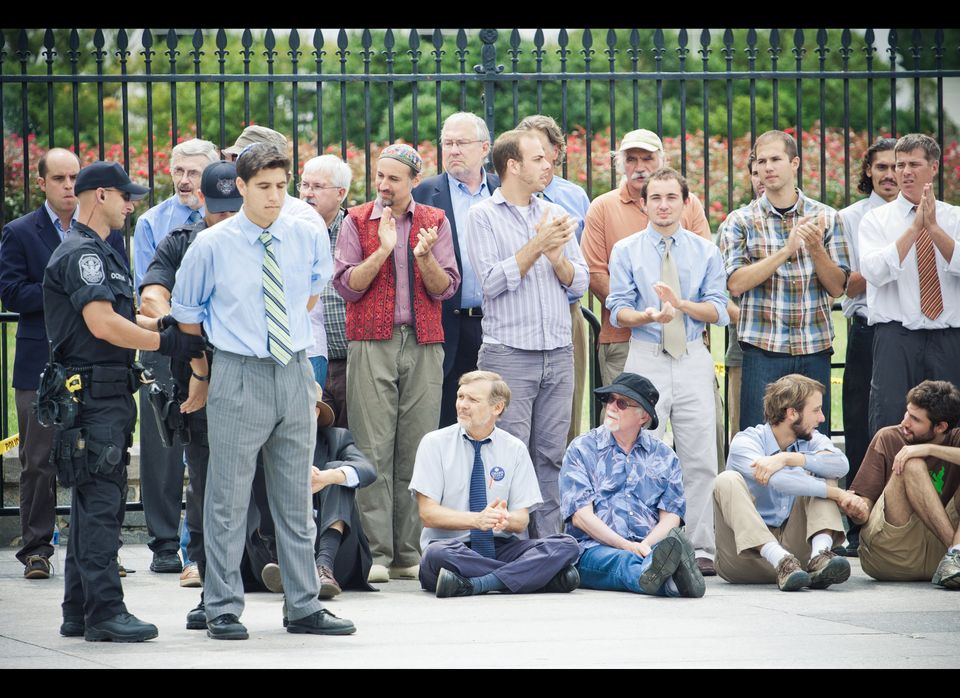