I haven't dated in 18 years, and my sea legs are wobbly. I recently went out on two dates with men who came well recommended, one by a mutual friend, one by my dog who met his dog on a recent stroll in New York City.

Both men were divorced, smart, wealthy, funny, handsome and promising. I enjoyed bantering with them over three-hour dinners at Balthazar and Raoul's in my new bachelorette hood of downtown Manhattan. With my irrepressible enthusiasm and go-get-em nature, I followed up on both dates by email, thanking them for dinner and suggesting we go out again. I was so emboldened by my romantic prospects, I even emailed Arianna Huffington on the same day, thanking her for inviting me to be a Huffington Post blogger and inviting her to deliver a Thrive workshop at our family inn, The Wilburton Inn in Manchester, Vermont.

A few days later I received a lovely, gracious email from Arianna herself. I have yet to hear from either gentleman. This makes me think of the dating classic, The Rules, which I listened to on a six-hour drive to Vermont last week. Could The Rules authors be right that in our professional lives women are rewarded for being go-getters, but in our romantic lives women must sit on our hands?

I gritted my teeth as the authors lectured that the only way to snag a man is to let him be the aggressor. According to them, men are visual, so if they like you, they'll let you know. Otherwise, you are wasting your time. With my Brown University classes in Women's Studies, I refuse to believe that I need to have long, straight hair, big hoop earrings, a short, tight skirt and heels to get a man to like me. Yet why didn't either suitor follow up on our dates? I sent a polite thank you email. Then, I admit, I sent another email to follow up. And one quick text, just in case they didn't get the emails. And yes, sigh... I'm sure my eagerness scared them away.

Thanks to emailing Arianna, however, she invited me to be a travel writer for the Huffington Post! What a fabulous opportunity to spread the word about our magnificent Vermont family inn! But should I should follow The Rules when it comes to dating?

This goes against every fiber of my being. I love the chase, be it pursuing reporters to review my CDs, wellness gurus to bring their workshops to the Wilburton, or investors to back my Off-Broadway musicals. Other than motherhood, what has felt as satisfying as landing that feature in the New York Times, welcoming our first month long yoga retreat or handing the producer the final check and reach my $500,000 goal?

But love doesn't work that way. And the crazy thing is that, at 45, what I want in a man is so much less than I ever would have wanted at 25 or 35. I don't need a man for his money, his baby, his wedding ring, his house or his networking advancement. I don't even want his time, as I divide my life between Vermont and New York, so I'm not even in one place for more than fifty percent of the time.

What I want is to be desired. I want to be pursued and chased and wooed and won. By being the aggressor, I not only deny future suitors the chance to "be the man," I deny myself the pleasure of my experiencing my ultimate goal. 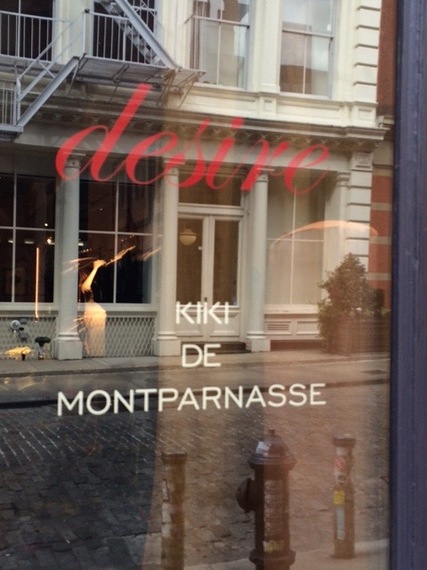 So I am going on a 30-day "no man-chasing" cleanse. I put out to the Universe that I am open to love and courtship and springtime walks and outdoor cafes. Please tell your friends, colleagues, cousins and neighbors that I would love to meet any kind, smart, single (and ideally Jewish) men. But should my dog meet another handsome man or a friend recommend another blind date, this time I will not send the follow up e-mail. Or text...um, texts.

I sit on my blog posts for a few days before uploading them, and ironically there is a very fun coda to the story. Exactly two days after committing to my cleanse, I hailed a taxi at 6:00am on Sunday to go to the airport. Now the odds of being picked up by a New York City cab that has another passenger in it are very small, but infinitesimally smaller are the odds that in the back seat of that taxi would be a 27 year-old Frenchman who would pick me up and ask me out for cocktails! The next day, my dog and I were literally picked up by a very handsome fireman. 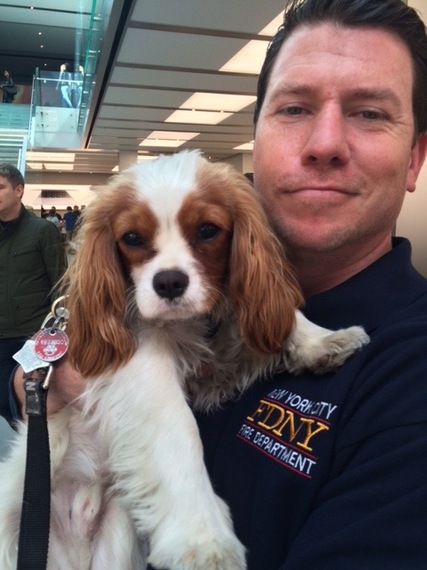 Yesterday, a man drove up to the inn and offered me a ride in his Bentley! 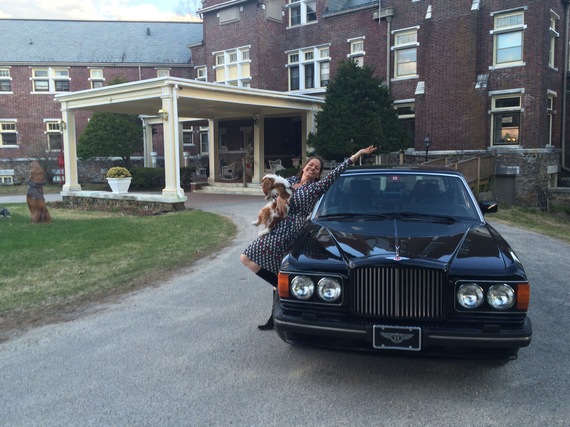 So perhaps the secret of dating is to surrender the chase so that there is room to be chased... We will see. In the meantime, here's to my 30-day cleanse. And here's to you, Mrs. Robinson!

More:
divorceWomenLoveDatingLove and Relationships
Newsletter Sign Up
A weekly guide to improving all of the relationships in your life
Subscribe to HuffPost’s relationships email
Successfully Subscribed!
Realness delivered to your inbox