These past couple weeks in politics have left me with a set of volatile emotions normally reserved for that other baffling (and intermittently absurd) realm of life... love and lust.

The feelings ran such a similar gamut that it makes me wonder how fitting an analogue our romances can offer the erratic morass of passions and symbols that comprise our patriotism. 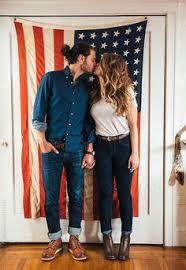 The thought first presented itself while watching the debate over removing the Confederate flag from American government grounds.

Given the latter was an irony-free discussion over a symbol that represents the battle to preserve the institution of slavery and a subsequent middle finger to civil rights, I found myself musing the sort of incredulity that typically follows very bad dates: 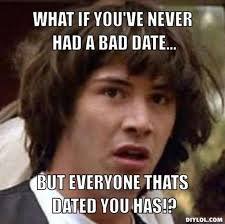 Was there really an earnest and impassioned argument taking place over whether or not an international icon of racial hatred, coopted by the Ku Klux Klan and friends, is actually appropriate to position on a State Capitol lawn in America in 2015?

Or in the parlance of Tinder-swept romance: "Is this thrice-divorced serial dater with a gang of children ranging from 1 to 17 years old really presenting an uncomplicated and sentimental timeline of his/her life, peppered with putdowns of ex-spouses and devoid of any self-reflection and/or remorse?" 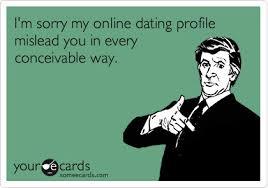 After all, these were the same stars and bars, which (unsurprisingly and true to form) were waved on the Facebook page of the white supremacist who murdered nine model citizens, including a senator, only a couple weeks before at the church up the street. (The former being a barbarity entirely in keeping with the flag's character and not the perverse misappropriation that certain amnesiac politicians preferred it be framed.)

To be clear, this was the same rebel banner that serves as a handy stand-in for the banned Swastika in Europe, and which, just last week, was at the center of a self-serious discussion being solemnly sweat out on the House floor; replete with desperate appeals for amendments and lusty reminiscences by real-life elected government representatives about how poor Southerners "didn't know" they were going to war to defend slavery because they were simply not informed of this detail "at the General Store"...

Were these poker-faced romantic overtures (surrounding states' rights, regional pride, heritage, tradition) all for real? Are we still only parenthetically talking about the guns, even as we watch in horror as this week's massacre plays out in Chattanooga leaving four marines dead, all while the James Homes verdict comes down three years after he unleashed a semiautomatic at a Batman screening killing 12 Americans eating popcorn with their friends at the movies?

Or in the language of love and war and Modern Romance, "I'm closing my OKCupid account." 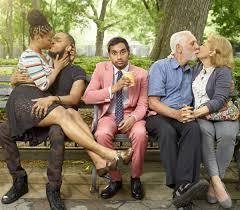 But I don't want to be a hater. Before leaving us naked to the world, Jon Stewart has taught us how much humility is needed to engage love and democracy on their periodically vexing terms. 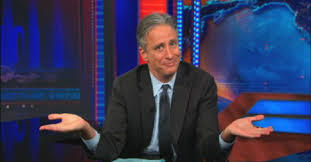 Yet sometimes even the breakthroughs feel too thin and too slow. I get that it's good to celebrate the little victories, like when your beloved arrives on time for once and instead of focusing on all the times s/he was late, you instead offer a smile and encouraging feedback. (I use this example as an inveterate late arriver for whom countless undeserved pardons have been graciously bestowed.)

Still, sometimes you just can't eat another glass sandwich. At which point you may long to be single again and walk around blissfully oblivious of your latent narcissism or the spinach between your teeth.

Speaking of freedom, this is how I felt about the "breakthroughs" in our criminal justice system this week. Hard to believe this Thursday marked the very first time a sitting President visited a federal prison in the most incarcerated country in the world, whose courts have been so lopsided that they've doled out life sentences to the impoverished youth that sell the cheap product from redlined ghettos and college degrees to the privileged kids that snort the premium product from redbrick dorms.

The more mature and patient diplomat would strain a smile and say, "This is an excellent development" and/or in the words of the enlightened partner, "Great job being on time today honey!" 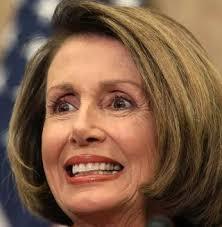 But I'm not feeling that charitable.

I feel more like this: Why are overdue pardons, owed the thousands of unfairly imprisoned nonviolent offenders, being backlogged into lottery tickets for the mere 46 lucky inmates, who only had to rot in jail half a lifetime for an offense which today, on the other side of town, could have resulted in a splashy corner office downtown Denver and a flattering write-up in the "Up and Coming" section of the local paper...? 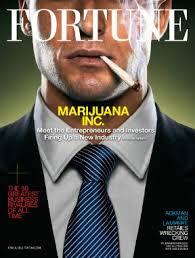 And speaking of, why on earth has the "reparations" conversation, being the only pragmatic and logical solution for 400-plus years of unpaid wages and immeasurable ensuing damages, been thrown in that dusty corner with the pile of freak advocacy fetishes, like the US Association of Reptile Keepers? Is Ta-Nehisi Coates the only sane man in the room? 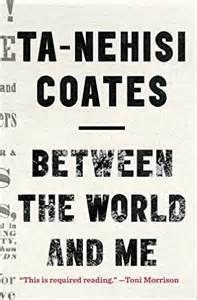 Or to invoke that ancient failed relationship adage, "It's not you, it's me."

By the time Governor Haley was signing the Confederate flag removal bill and smiling and handing out nine antidotal pens to the nine grieving families of the nine massacred, benign disbelief morphed into profound irritation.

What was with all the self-congratulatory pageantry surrounding something that should have been done a very long time ago and certainly should not have exacted such a heavy toll even in its flagrant overdue?

Or in pillow talk, "You want me to thank you for doing your own dirty dishes, which you left in the sink for a week? Ok. THANK YOU SO SO MUCH."

But with the typical emotional capriciousness that stamps both patriotic and romantic ordeals, by morning, I surprised myself when I erupted in tears of joy to see the thing come down.

I swooned and felt connected. I was in love with America again!

All was fine until... The Donald bomb dropped. 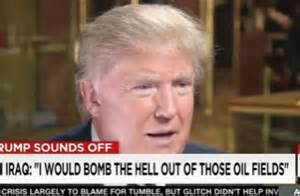 Now off cloud nine, I was back to muttering in the shower. How can an overtly bigoted reality television blowhard with the statesmanship of an ass-grabbing used car salesman be a real contender for the highest office in the world? And why is a giggle-repressing media covering him more exhaustively than any other candidate and more importantly, how can his polls be surging despite referring to the largest and most coveted Latino constituency as criminal druggy rapists and denigrating war heroes who were being tortured in Hanoi holding cells while he was hitting swanky clubs in Manhattan?

Who are these polled persons so thirsty for a so-called "Straight Shooter" that they would cast their ballot for a man whose Wiki page reads like an Onion article about your racist uncle who, after sabotaging yet another Thanksgiving, announces he is running for President of the United States?

You know the one: the sure-tongued mansplainer. He is simultaneously confident and completely unconcerned with either facts or feelings so long as he comes out winning the spoils of the exchange. Often referred to as a douchebag, most women have taken one for a test drive at some point in their courting careers. Some even marry this character, presumably to assure a life free of all unpleasant introspection. And/or for the money.

But usually (and hopefully) this a short-lived phase in the dating cycle, which ideally is a progress narrative that ends in a loving relationship (with three beautiful kids based on respect and dreamy chemistry and shared musical and political persuasions... or a pinky pact soberly forged on a San Francisco rooftop garden stipulating the terms of a childless union lived between Paris and Morocco and marked by spontaneous romps and lingering breaks for artisanal cheese.) 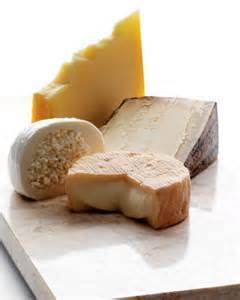 Maybe our patriotism also develops in phases that cumulate in an era, and which, if we're to extend the metaphor, ends a bit like a marriage after a wild courtship and is formalized, respectively, with a ring or a war... or a civil ceremony or a race riot...

Which begs the question: How do we love America?

Stay tuned for Part 2 and find out if you're a starry-eyed or bitter booty-calling patriot? Can we truly love our country? Who will win our hearts at the polls?