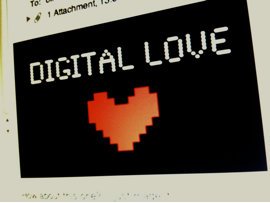 Love. The most mysterious game in the universe. In the early 1900's, romance was a game dominated by courtships and letter writing. Fast-forward to current affairs in a world filled with digital devices and always-streaming media, the game has become light years more confusing. From romantic letters of endearment to pokes in Facebook, the dating game has become mildly ridiculous. If Carrie felt scorned by being broken up with on a Post-It note in Sex and the City, think of how she would have felt being broken up with on Twitter, Foursquare, Facebook, OK Cupid, text, or any other possible avenue used by the digitally enabled?

As a woman in this increasingly hard to manage space, I thought I would sort through my top 5 rules on dating in a digital universe.

It's a complicated world out there. The multitude of social media networks presents a challenge for even the seasoned dating professional. So when beginning the game of flirtation, how do you deal with the digital chaos? It's the new four bases of intimacy.

First step. Twitter. Lay the follow on me.
Here lies a platform for adding people you may or may not know. For this reason, following someone on Twitter that you're interested in seems extremely non-committal. If this is a situation in which you don't yet want the person to know you're flirting, start here. It's the digital equivalent of looking someone in the eye when they pass by on the street. That could have been intentional or perhaps that person is just scanning the scene.

Second step. Facebook. Get down with the friend request.
Social networks like this one are an ideal place for adding friends. In the dating category, adding someone on Facebook says I dig you. I urge you all not to succumb to the ridiculous poking game and furthermore to email your friends incessantly about what it means that he just poked you. Please. Stop the insanity. That said, Facebook is the next realm to play in when you meet someone that looks like Ashton Kutcher with digi-nerd glasses. Friend request away.

Third Step. Phone Number. Drop the digits.
When you either give your phone number or receive a phone number, this steps the game to the next level. It brings us into the world of texting vs. direct Twitter messages or Facebook emails. In the sphere of the phone, first step is texting. A far cry from the text would be the actual phone call. Ladies, you hear me when I say this, men are NOT typically phone communicators. Be wary and tread lightly when entering this new territory.

"Foursquare was developed to help you find your friends which gives it a level of connection a bit closer than other networks like Twitter or Facebook," - Naveen Selvadurai, Foursquare co-founder.

This last one is the ultimate in connection with the person you are interested in. It says, I not only want to know you and communicate with you, I also want to know where you are. In this way, and somewhat similar to changing your relationship status on Facebook, this platform should be used with a level of decorum. Let's face it. If the relationship doesn't work out, de-friending someone on Foursquare, Gowalla, Loopt or whatever location-based platform you use is awkward at best. Never mind the fact that said ex could appear continuously "and by happenstance" at locations you may be at in the future. Keep some reserve on this one.

At last count, there were over 120 options on where to go to fill your online dating needs with more appearing overnight with the advent of Chatroulette. There are sites like Match and eHarmony, which speak to the general dater. Then, there are niche-based sites like J Date and most disturbingly, sites for those who have STDs. VD Date anyone?

Don't be that person who signs up for 5 at once. Here's what will happen. As a woman, you will either be overwhelmed by the onslaught of messages you receive or strangely mystified by the fact that you're seeing some of the same folks on multiple platforms. Yup, they see you too and with 5 dating sites under your belt, it smells a bit like desperation. One more thing to consider. Some of these sites are built for dating while some are built for "trolling." Trolling is otherwise known as the act of profile perusing for the purpose of hooking up. Sites, which fall into this category, include Nerve.com and Match.com. 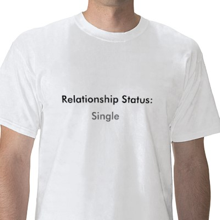 "Facebook relationship status is asking for trouble. Once you announce it, the clock starts ticking. Those 'xyz is now single' messages are super awkward," - Amanda Peyton, business school student from MIT Sloan.

My position on Facebook Single/In a Relationship status is to never list it at all. I am a digi nerd connected to a crazy number of platforms. While I am extremely forthcoming with a lot of information, dating is the one area I leave off, until now it seems.

Here's the awkward moment in a relationship. You've been dating someone for a few months. Things are getting a bit more serious and someone feels the need to change their relationship status. Why? Why would I need to alert the 800+ friends that I am now in a relationship? The friends in my close network will know and I would hope the person I am dating would know. Why has In a Relationship defined our level of commitment with someone? Let's all just be confident enough to know what we have. Dim down the relationship status conversations and you will have much less awkwardness. Invite me to the wedding and I'll know you're serious.

Rule #4 De-Friending is Not the Only Break-Up Option 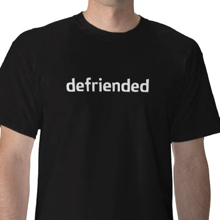 "The problem with dating in the modern social networking world is that even when a relationship is done and you should never see that person again, chances are you'll bump into them virtually. That's something that would never have happened without Facebook or Twitter being around." -Shira Lazar, Emmy nominated web and TV personality.

You just broke up. You want to go de-friending crazy. Don't. It's a ridiculous sign of immaturity to immediately de-friend said person on all of your social networks. Two exceptions. First, if that person has wronged you in a way that is disastrous, ignore everything I am about to say. Secondly, if seeing that person appear in your News Feed or Twitter Feed is too painful given the emotions involved, de-friend away. Most break-ups, whether we want to acknowledge this or not, are based on the fact that the two parties just couldn't get along for one reason or another. Step away from the situation for a second, perhaps turn on some fun privacy features and give it some time. Once a few months have passed, you might feel embarrassed or sad that you eliminated the person from your world.

As we all may or may not know, there are many levels of limiting information on platforms like Facebook. Personally, when there is a break in my life, it is easy for me to ignore posts from one person in my News Feed as my friend count is a bit high. I know this is not the case for all so in many cases, privacy features can be used to limit information both ways. A friend who recently incurred a messy break-up told me that she not only de-friended her ex but blocked them as well. In her case, messy means the person was cheating on her for a year. Blocking makes perfect sense. But blocking should be reserved for only the most extreme cases. 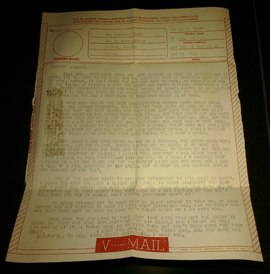 Yes. Yes. We all have access to all of these social networks. But liking statuses, poking people, and commenting on someone's Flickr photos should not and is not the equivalent to actual communication. Last week, a friend's grandfather, Leonard Parker Clark passed away. At the funeral, he was shown letters, like the one above, that his grandfather had written to his grandmother during their courtship in the 40's. His grandfather wrote his grandmother these very endearing notes every few days. We've gone from sheets of paper to 140 characters or less. I'm not saying that we need to revert to physical media because god forbid, I have to find a pen. What I'm recommending is a tempered level of social networking with those you are in dating relationships with. Focus on what you can learn from live in-person conversations rather than from the info tab in a profile. As we all know, human beings are constantly changing creatures. Profiles are a bit more static.